Why this millennial-founded startup is taking on Big Paint

digital disruptors | Dec 3, 2018 |
Why this millennial-founded startup is taking on Big Paint

A fresh coat of paint is often cited as the cheapest, easiest way to transform a room. But there’s a catch: Anyone who has been back to the hardware store three times for a different shade of beige knows that painting isn’t actually all that easy, and it’s not always cheap. Enter Caleb and Natalie Ebel, millennial entrepreneurs, spouses, and co-founders of the new direct-to-consumer paint startup Backdrop. With a curated selection of colors, a disruptive business plan and stylish branding, the Ebels aim to give the Benjamin Moores of the world a run for their money. 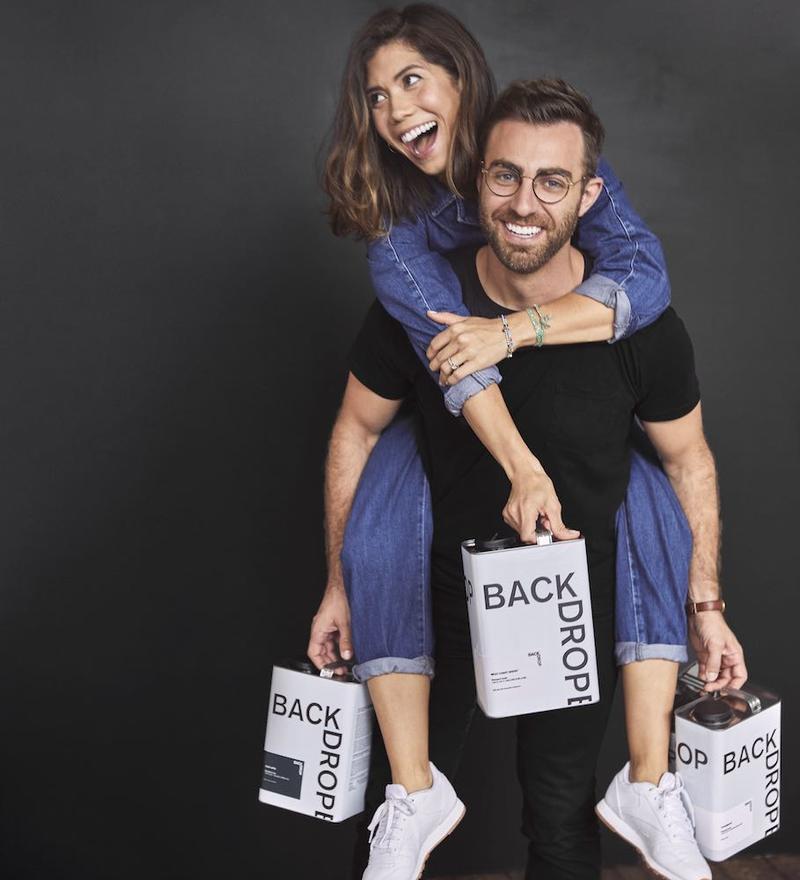 Natalie and Caleb EbelCourtesy of Backdrop

The couple initially conceived of their business idea while decorating a nursery for their newborn in 2016. “I wanted it to be white, but there were three hundred whites,” Natalie told Business of Home. “I ordered a rug from Morocco, and somehow that was way easier than buying paint.” Though neither of the Ebels has experience in design, their backgrounds are tailor-made for a direct-to-consumer startup: Caleb had worked in financial operations for Warby Parker and Natalie was a marketing expert with deep digital experience. They workshopped the concept for a couple of years, finally launching in November with support from a small group of investors.

The Ebels designed Backdrop closely around the pain points they had experienced as consumers. Paralysis of choice was the first hurdle. “It took us a very long time to curate our colors down to 50,” says Natalie. “We wanted to make sure every single shade we chose we would actually put on our wall. Early on, we sent around our Instagram handle to 100 friends and had them weigh in.” The collection is notably absent exotic lime greens or explosive yellows; these are real-people colors, not a fantasy palette.

Backdrop is also intended to do away with the inefficiencies of the sampling process. Instead of $9 tryout cans or expensive (and tiny) fan decks, customers order 12-inch square adhesive stickers for $2 apiece. Also available is a branded line of supplies—tape, brushes and the like—that are sold à la carte or as $40 bundled kits. The goal was to create a smooth, simple, e-commerce experience, with the convenience and speed online buyers have come to expect. “We’ve got it down to two to three business days for shipping an order,” says Caleb. “We wanted to deliver an Amazon Prime level of experience.”

Backdrop's The Essentials kit and a can of paintCourtesy of Backdrop

To make the paint itself, the Ebels partnered with independent manufacturers—they say the entire supply chain is based out of the States. Offered in two finishes, Backdrop is low-VOC, low-odor and Green Wise certified. At $45 a can, it’s neither a top-of-the-line splurge nor a rock-bottom bargain. “Like a lot of direct-to-consumer companies, our gameplan is offering five-star quality at a three-star price,” says Caleb.

And like most direct-to-consumer companies, branding was a crucial concern for Backdrop. “We actually chose the names of the paints before we chose the colors,” says Natalie. “We went with really heroic names that were memorable.” A smartly curated set of signifiers, they are designed to appeal to a clued-in millennial audience—people like the Ebels themselves. “When you’re a big manufacturer and you’re offering 3,000 colors, the names are all throwaways,” says Caleb. “We have such a curated collection, and we really labored over it.”

Backdrop’s colors range from the slightly provocative (Peyote Picnic, a muted green) to the aspirationally global (a beige called Ryokan Guest House), with an occasional pop culture reference tossed into the mix (Pablo Honey is a warm yellow that nods to Radiohead’s first album). Though early, the strategy seems to be working. “Some people have chosen colors based on name alone,” says Natalie. “On Instagram, someone mentioned they just liked the way ‘Surf Camp’ sounded.” 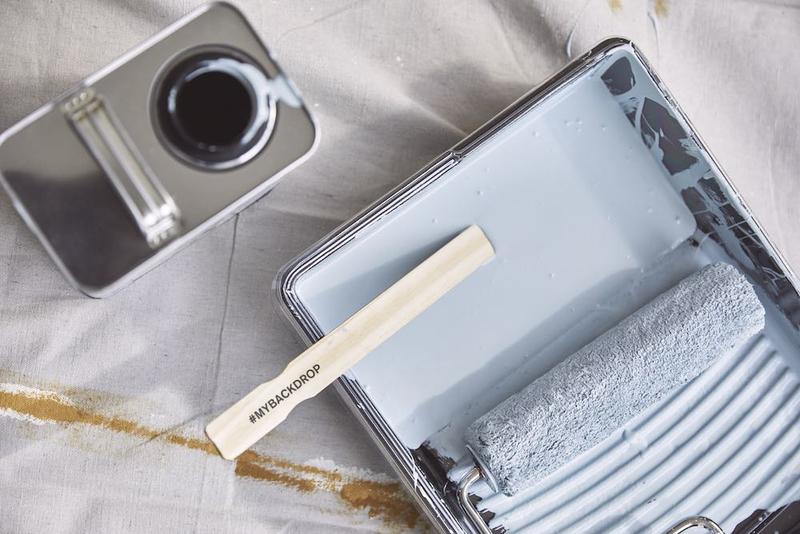 The Ebels are early to the concept of direct-to-consumer house paint, but they’re not the only ones in the space. In July, interior designer Nicole Gibbons launched Clare, a VC-backed startup that operates on a similar model (curated selection, adhesive sample swatches, branded equipment kits) and pricing structure ($49 per gallon, $2 samples). Both companies have clearly identified the same problems and come up with similar solutions. How to stand out in a growing crowd? The answer may have more to do with branding than VOC content.

“We’re taking more of a lifestyle approach,” says Natalie. “We’re focused on the process of painting. More than a home decor brand, I want to be an art brand.” The Backdrop experience is currently tailored to a DIY audience, and the Ebels have no plans to cater to the trade. In marketing materials, they avoid using pictures of fully decorated rooms, instead showing paint-splattered millennials mid-project. And they’ve stripped even the faintest hint of design-speak from Backdrop’s offerings: “Customers won't need to concern themselves with terms like "eggshell" or any other contractor and interior design jargon,” says Caleb. “During our focus group work, it was clear that most people didn't even know what most of these words meant.”

The Ebels also opt out of featuring any decorator expert touches. “I don’t think we’ll ever guide people like that; we think you’re the expert,” says Natalie of the lack of pro tips or color-selection tools. All of this is intentional, contributing to the formula of Backdrop’s relatability and appeal. “We’re not interior designers, and our customers don’t have to be interior designers to know what they like,” says Caleb. “It’s about empowering people to own their space.”