For this Seattle maker, corrugated cardboard was just the beginning

meet the makers | Aug 19, 2021 |
For this Seattle maker, corrugated cardboard was just the beginning

It’s not every day that a hobby becomes a fully fledged business, but for Seth Grizzle, founder and owner of Seattle-based Graypants Studio, it all came down to good timing and a little luck.

Grizzle has a background in design, having worked as an architect in Cleveland, Washington, D.C., and finally Seattle for six years before founding Graypants Studio. “I was doing projects on both the commercial and residential side, but I missed making things,” he tells Business of Home. “I’d go home at night and make stuff, and I started entering gallery exhibitions. One was a call for sustainable seating. I ended up making a series of four chairs from found materials, and then out of that, I took the scraps from the chairs and made lights. That’s how the lighting took off—people didn’t notice the chairs, but they noticed the lights.”

He wasn’t entirely sure what his lighting concept would turn into at first. Then when the recession hit and architecture jobs began to evaporate, he had an opportunity to concentrate on his plans. “I was gifted a lot of free time, and so I thought I’d focus on this thing that I’d started on the side,” he says. In 2008, he set off on his own, boldly launching Graypants Studio to meet the growing demand for his corrugated cardboard light fixtures. Tapping the friendships and connections that he had developed in the architecture space, he was able to triangulate the buyer that he would market his designs to: “I knew how that whole spec world worked, and I tiptoed my way into it one project at a time.” 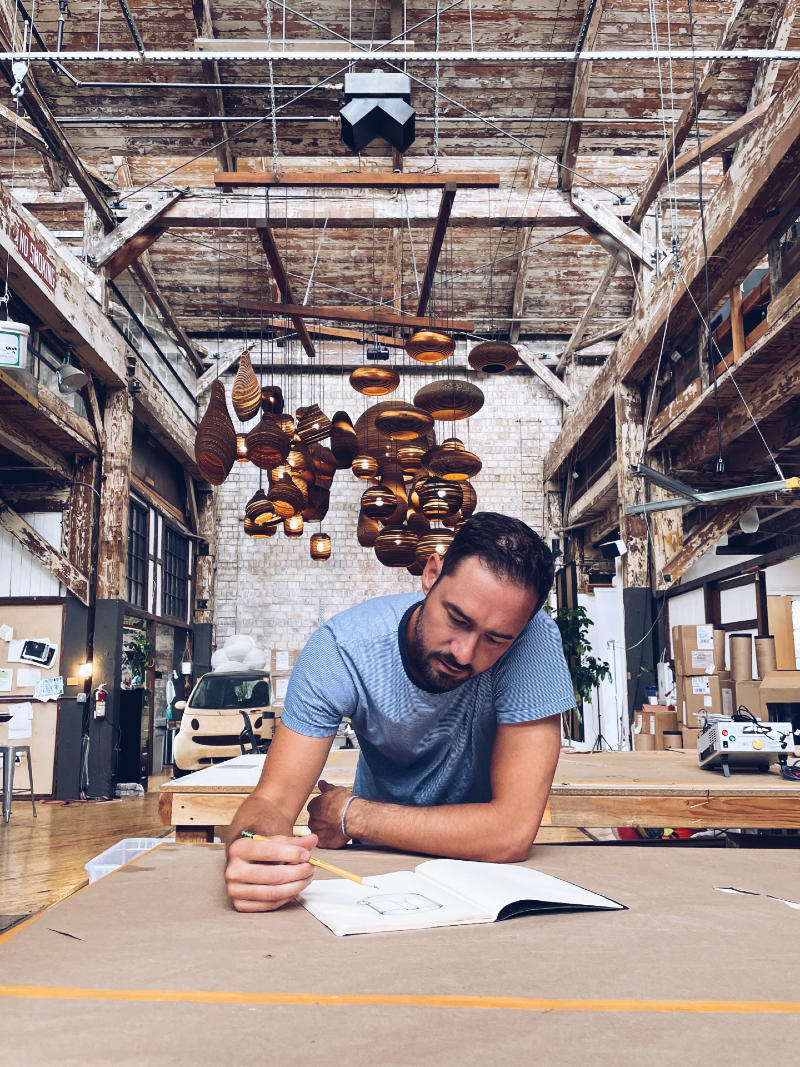 Seth Grizzle at work in his Seattle studioCourtesy of Graypants Studio

At the outset, Grizzle says he approached the business backward from what most makers do—instead of targeting residential designers for one-off orders, he built his foundation working on larger-scale projects where he was fulfilling contract orders of 20 or 30 lights at a time. (One of Graypants’s first commercial projects was selling more than 2,000 lights to Starbucks.) It wasn’t long before Grizzle had to scale production and hire a team—starting with interns, many of whom became full-time employees. Around 2012, he moved the operations to a dedicated studio space in Seattle’s industrial district, on the eastern shore of the Duwamish Waterway. “Once we were able to move the business and give it its own space—and the laser cutter wasn’t opposite my bedroom—we were really able to change the scale and the way we were thinking,” he says. “It allowed us to dream a little bit more and have a different perspective of what we could do.”

Graypants Studio was built on the Scraplight, a lantern-like fixture made from superimposed precision-cut rings of corrugated cardboard. Available in various sizes and shapes, the light has taken on a number of personalities since Grizzle produced the first one in the early 2000s, but each possesses a warm, mesmerizing glow that seeps through the laminations. Behind the sophisticated piece is a material that is rarely lauded as a luxury good—Grizzle still takes pride in its transformation: “Some people [think of cardboard] as a cheaper material or something not elegant. I had to turn it into something people couldn’t recognize. It’s a material that we respect and honor. There’s an honesty behind it, and we’ve always stayed true to what it is.” 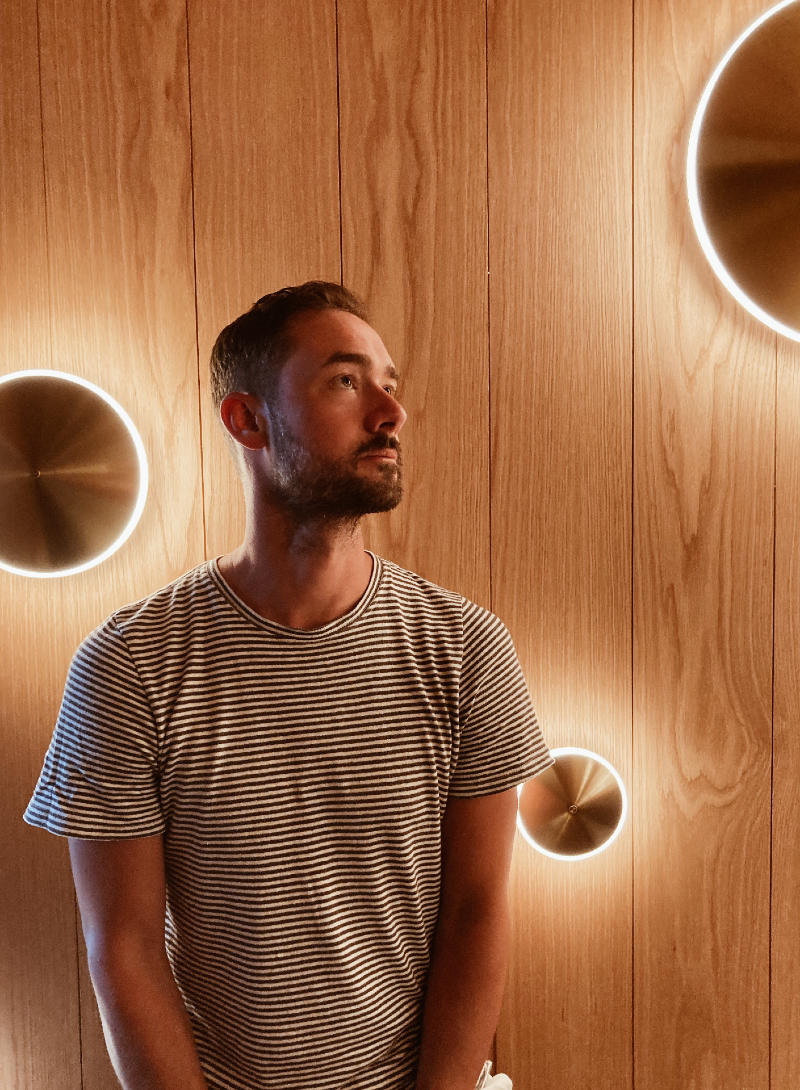 Grizzle crafts his pieces with what he describes as a ‘high-tech, low-tech’ method.Courtesy of Graypants Studio

Created via a combination of computers, laser cutters, a CNC machine and handmade elements, each piece comes together in a manner consistent with the standards of modern craftsmanship. “I like to think of it as a high-tech, low-tech scenario,” says Grizzle. “We use computers to design objects and create files in ways that we can use machines to get anything from the computer, and then it goes back to your hands for assembly.” In 2012, he expanded operations to include an office in Amsterdam to better serve the brand’s European market; across both offices, the phrase “People matter” has come to define the company’s approach to its human resources, as well as to every fixture that is methodically put together by hand in the Graypants workshops.

For most of the company’s history, growth has been slow and steady—that is, until this last year, when it was flooded with orders. “I can’t complain—it was a good way to pass the time, for sure—but we’ve doubled in size and scale,” says Grizzle. Graypants Studio’s design offerings have grown, as well. In the last year, it released the Wick light (an homage to the days before electricity, where candles allowed for light to be transported); the team is also working on several acoustic fixtures and new machined pieces, all in keeping with the brand’s ethos of dignified materials and hand-assembled products. “For me, success is about creating meaningful jobs,” says Grizzle. “It’s nice to see the team come together and take pride in what they do.”

To learn more about Seth Grizzle and Graypants Studio, visit their website or find them on Instagram.