Looking to design a dream bedroom? Chicago Luxury Beds has your back

The average person will spend a third of their lifetime asleep—far more time than they’ll spend in, say, a car—but many, strangely, still don’t see a mattress as worthy of a big-time investment. “The right mattress can change your life,” says Mary Pat Wallace, owner of Chicago Luxury Beds, which specializes in top-of-the-line mattress brands like Hästens and Vispring, plus linens and bedding. “People will spend $8,000 on a coffee table that sits in a formal living room they go in once a year. Why wouldn’t you spend that money on something you sleep in every day?”

Wallace began her career more than 20 years ago as a sales representative at Holly Hunt, and it was there that she learned about the importance of high-quality materials. It was a lesson that stuck with her when, a few years after leaving the company and becoming an independent representative for contract brands, a friend introduced her to Hästens. “The catalog they showed me was nearly 400 pages—it looked like the September issue of Vogue,” recalls Wallace. The Swedish heritage brand had recently expanded into the U.S. and was looking to grow their stateside presence. “In America at the time, a luxury mattress topped out at around $2,000,” says Wallace. Hästens, which crafts its mattresses out of materials like cotton, wool, horsetail hair and Swedish pine, starts at $4,600.

Her experience in the interior design industry had shown her that people were willing to pay top dollar for the best materials, especially when they enhance quality of life, so in 2005, Wallace opened Chicago Luxury Beds, eventually adding a Texas branch, Dallas Luxury Beds, in 2017. “When people come into the stores and try one of the mattresses, they start smiling only a few seconds after lying down,” she says. “It’s like nothing you’ve ever experienced before.”

Interior designers are a crucial part of the clientele at both stores, and she views her team as an industry resource, just as a designer might value a great contractor or landscape architect. “The needs of the interior design trade have shaped how I train my staff,” explains Wallace. “When designers send us a client, we know the questions to ask. We can work to a schedule and even help find a mattress at a specific height. We know designers have a million things going on at once, and if we can make their life easier, that’s the goal. We want their clients to call and say, ‘Thanks so much, we sleep great now.’”

This story is a paid promotion and was created in partnership with Chicago Luxury Beds. 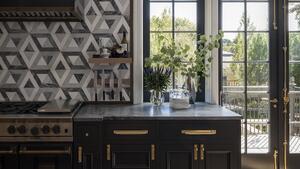 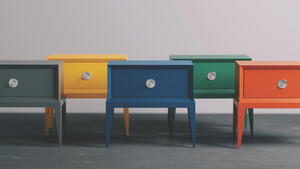 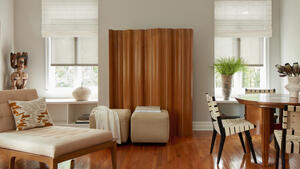