With a population of more than 1.3 billion people, India is home to a rich cultural history that spans several states, dialects, cooking styles, wedding rituals and design choices. From traditional South Indian kanjeevaram silk to the tie-dyed hues of bandhani fabric in the country’s westernmost state of Gujarat, there’s no shortage of materials used in traditional (and not-so-traditional) Indian design. Unfortunately, the production of those materials is having an increasingly disastrous effect on the country’s environment. 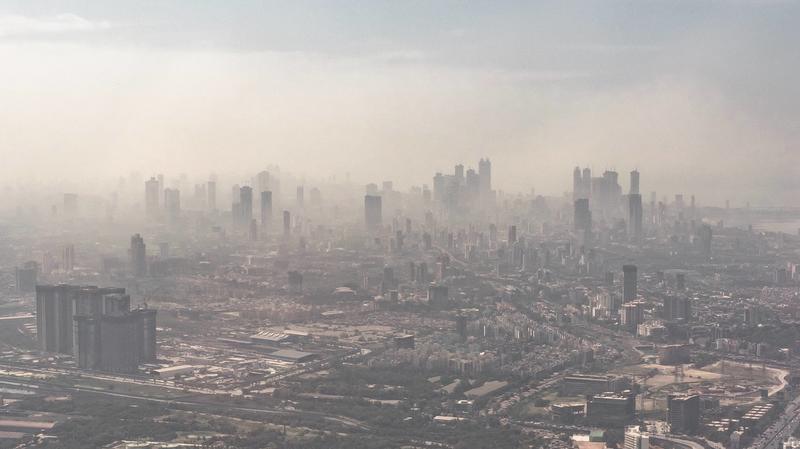 India’s capital, New Delhi, is now the world’s most polluted city—followed closely by Mumbai, the country's bustling financial hub. The issue is primarily the dire air quality: A safe PM10 (particulate matter of 10 micrometers or less) level is 60; Delhi’s is 292. And while government interference in the form of a National Clean Air Programme is imminent, many in the design world are also stepping up to the challenge.

Indian architect B.V. Doshi has been designing sustainable homes and inspiring other architects with his work for more than six decades, but finally gained international recognition when he won the annual Pritzker Architecture Prize in March.

“B.V. Doshi is known as the father of sustainable architecture,” Divya Mishra, contributing editor at Architectural Digest India, tells Business of Home. “I’ve seen work by architects in which they use concrete (Gurjit Singh Matharoo, Mathew & Ghosh), local stone (SPASM Architects), and rammed earth (Anupama Kundoo)—and I think it works from a sustainability perspective as well as an aesthetic perspective, because material, form and function are not separate things in architecture.” For Mishra, local materials and craftsmanship give buildings a sustainable spin by keeping the construction as close to nature as possible.

Other designers, from major corporations to smaller outlets, are following Doshi’s lead. Take Ikea: Upon its entrance to the Indian market in August, the Swedish giant launched a sustainability initiative called “Better Air Now.” The concept is simple: Instead of farmers burning straw from their rice plants (a huge cause of regional pollution), Ikea will repurpose that straw to create a material that can be used in future products.

I think people are realizing that they don’t have a choice anymore.” —Radeesh Shetty

“I think people are realizing that they don’t have a choice anymore,” says Radeesh Shetty, the entrepreneur behind The Purple Turtles, a lighting store in Bangalore, of the upswing in sustainability efforts. For his part, Shetty recently partnered with upcycled lighting brand Oorjaa to create a store-within-a-store—a 750-square-foot space dedicated to the art of recycled materials, and their enormous potential for eco-friendly design.

Oorjaa, which was originally launched as a paper studio by founder Jenny Pinto in 1998, has a simple mission: to show people that gorgeous design can be created sustainably. The new partnership with The Purple Turtles has helped Oorja expand into a full-blown design firm that focuses on creating lighting exclusively with upcycled materials, from paper to other options like cork and banana fiber. “We take pride in being Indian-origin,” says Shetty. “And for all the materials, we look for things that are being upcycled, like waste paper or the part of the banana tree that isn’t actually used, then make our products with that.”

The Purple Turtles is so dedicated to its mission that its new showroom is devoid of fans or other cooling methods; all of the water the studio uses is recycled. (Sustainability was a major focus of its first studio, as well; opened when the company launched in 2011, it was housed in a mud hut in one of Bangalore’s first green buildings with a commitment to save more energy than the amount that was being used.) 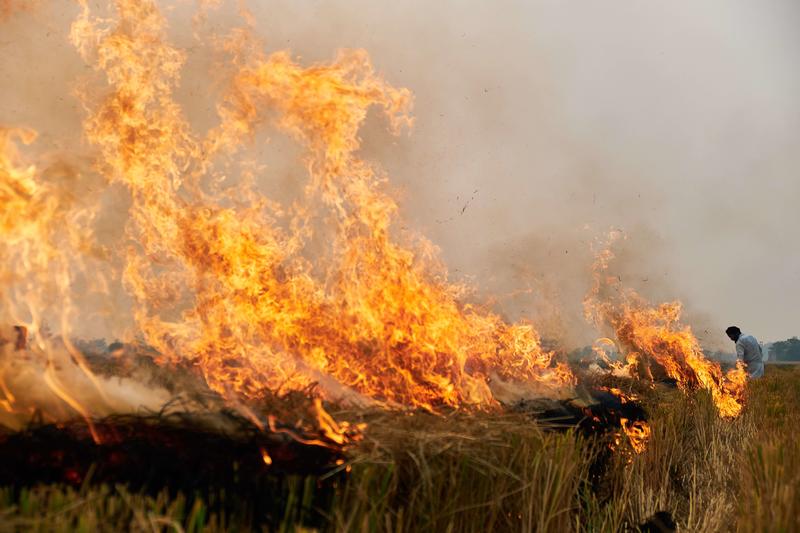 Ikea's "Better Air Now" project was inspired by farmers burning straw from their rice plants (a huge cause of regional pollution); instead, Ikea will repurpose that straw to create a material that can be used in future products.Inter IKEA Systems B.V.

Oorjaa currently offers seven distinct collections, including a variety of paper designs, as well as Uncork, made from tree bark that regenerates every nine years, and Shadow Play, which employs banana fiber to whimsically play with light via intricate cutouts. The brand’s most innovative collections, though, are its faux concrete pieces, which mimic the grit of the original but without the environmental destruction—or the heft. “The fiber is made from granite dust, and it’s actually really lightweight too,” explains Shetty.

Some of the biggest restaurants and stores in the region have incorporated the materials, including Mumbai Asian restaurant The Fatty Bao and upscale clothing store Bloni in New Delhi. “It really is all about the marketing,” says Shetty. “We do contemporary homes with clean lines, but also eclectic homes with lots of color. We really wanted people to get a feel for our products, as well as the spaces that they fall into. And it’s so nice, because now we see people coming in looking for a sustainable lifestyle, which didn’t happen before.”

The fact that the movement is gaining momentum gives Shetty hope, but it remains to be seen whether a trend that’s gaining traction will have enough power to reverse such catastrophic existing environmental damage. “It’s interesting, because we’ve really been in the [upcycled] space for years,” says Shetty. “And now, all of a sudden, everybody’s talking about it. But it has to become a lifestyle choice, and it doesn’t happen until it becomes too late.” 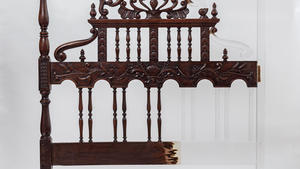 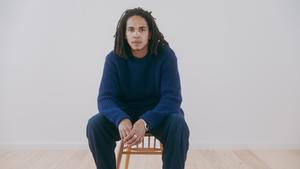 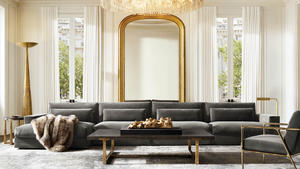 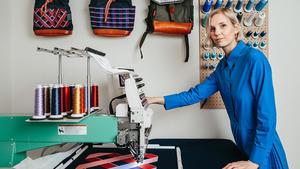 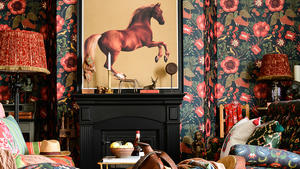 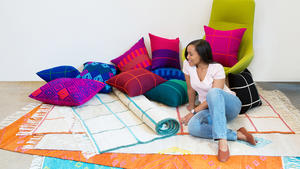