Brigette Romanek was always headed down a creative path, but it’s been a windy one. The daughter of singer Paulette McWilliams (who worked with everyone from Marvin Gaye to Michael Jackson), Romanek spent her early childhood following her mother from gig to gig. It was fun, but not exactly stable. When Romanek started thinking about a career of her own, she thought she wanted to be a lawyer—until someone overheard her singing and asked her to join a girl group. Soon, she had a record deal. 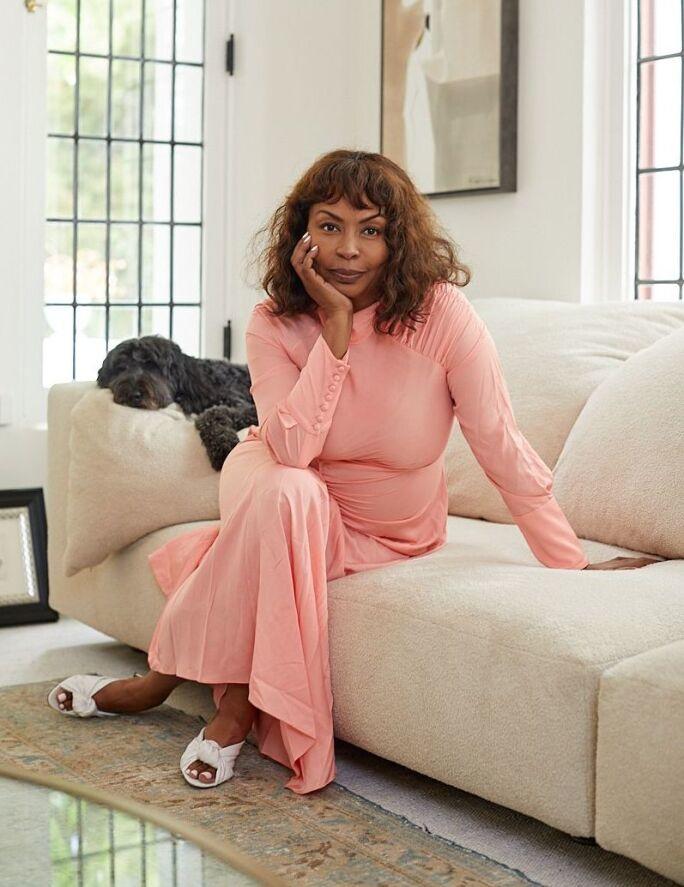 That too was fun, but it also wasn’t stable—or what Romanek was looking for. “I liked it. I didn’t love it. I don’t have to be onstage in front of a lot of people,” she tells host Dennis Scully on the latest episode of The Business of Home Podcast. “Being an artist, it has to be your voice. That was missing. It was fun but it wasn’t something I wanted to devote my life to.”

After leaving music behind, Romanek stumbled into a career as a handbag designer after making bags as Christmas presents for friends. Barneys and other high-end department stores soon started buying Romanek’s wares, but her foray in the fashion world turned out to be a prelude to interior design. After holding a sample sale in her own home, she found that her customers reacted as much to her house as they did her bags. She started helping friends out with their own homes, and a new career was born. “That’s been my approach to things, my ignorance being bliss,” she says. “I’ve always said: Let’s try it! Let’s go for it! It’s definitely something I learned from my mom.”

Romanek didn’t found her own firm until 2018, but she’s accomplished a few decades’ worth of achievements in four short years. To name a few: landing on the vaunted AD100 list (not to mention landing an AD cover); appearing as a judge on Ellen DeGeneres’s furniture design competition show, Ellen’s Design Challenge; securing a collaboration with Mitchell Gold + Bob Williams (the company’s first partnership with an outside designer, no less); and signing on as an early investor in The Expert, the industry’s buzziest e-design startup.

It certainly hasn’t hurt that Romanek is well connected, both through her own entertainment career and through her husband, lauded director Mark Romanek—her client list includes everyone from Gwyneth Paltrow to Beyoncé. But the glitz and glam of it all, she says, is only a small fraction of the equation. “If you’re thinking that it’s just lunches and picking fun stuff, that’s not what it is,” she says. “You have to have business skills—they’re really important.”

Listen to the show below. If you like what you hear, subscribe on Apple Podcasts or Spotify. This episode was sponsored by Serena & Lily.