West Elm is merging retail, hospitaltity and design with West Elm Hotels, a partnership with hospitality management and development company DDK. Design-driven properties will open in Detroit; Minneapolis; Savannah, Georgia; Charlotte, North Carolina; and Indianapolis. West Elm, a subsidiary of Williams-Sonoma, is behind the design, furnishing and marketing for the properties, whose doors are expected to swing open in late 2018, and while the company hasn't released the names of specific artist and designer collaborators, it does say that the spaces will include pieces designed specifically for each hotel, locally made items, and products from existing West Elm and WSI collections. Exterior architecture and custom installations will also draw influence from each area's local culture and history.

“After 26 consecutive quarters of double-digit comparative growth, including our successful entry into the commercial furnishings market with West Elm Workspace, we’ve created an active bond with our customers that can extend beyond home and work,” says Jim Brett, president of the home furnishings brand. “By adapting the framework design of each hotel to reflect the mood and identity of its host city, we will continue to engage the adventurous spirit of our customers as they follow us to our next level of hospitality.”

As The Wall Street Journal reports, the company is making the move into hospitality to diversify and avoid “following other chains down the rabbit hole of opening too many stores." It's a move that, last year, Restoration Hardware also announced, with plans for a New York City hotel. West Elm currently has about 100 locations, and last month it opened its new Brooklyn flagship.

Each hotel will have 100 to 250 rooms, and rates will range from $175 to $400-plus per night, with regional elements like a custom wallpaper inspired by an etched print the brand’s designers discovered in Savannah’s city archives; locally sourced artwork and decorative objects; and custom furnishings, including marble coffee tables and marine blue bathroom tile, which will be available online. West Elm has also proposed partnerships with area coffee roasters, distillers, brewers and bakers, according to WestElmHotels.com.

“There is a growing desire among modern travelers to immerse themselves in the place they are visiting,” says David Bowd, co-founder of DDK, which operates some 70 different properties. “They want a boutique experience, and expect great, reliable service that caters to their needs. Our general managers will serve as innkeepers, and West Elm Hotels will focus on making real community connections for visitors and residents alike.” 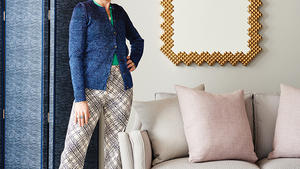