Wayfair was struggling. Then came the virus

Only two months ago, Wayfair was struggling. On March 19, shares of the online furniture retailer’s stock had fallen below $22, its lowest level in five years. Months of nearly unrelenting selling pressure, following a string of disappointing earnings reports, had caused Wayfair shares to lose nearly 75 percent of its value since the start of the year.

The next day, however, a single event not only put an end to the selling but lit the fuse that would send Wayfair shares soaring by over 700 percent in the weeks that followed.

The unexpected catalyst? The announcement by New York governor Andrew Cuomo that he was putting New York State on pause, shutting down all nonessential businesses as a safety measure during the coronavirus pandemic. Soon after, as governors across the country began issuing similar orders, Wayfair suddenly found the competitive landscape altered in its favor. Brick-and-mortar stores were closed, and online retail was the only game in town.

Even digital competition eased up. In mid-March, Wayfair’s biggest online rival, Amazon, announced sweeping changes to its shipping operations, placing a priority on medical supplies and household staples. Sofas, coffee tables and desk lamps would have to wait.

Only a few weeks into the new normal, Wayfair had some good news to share. On April 6, the company informed investors that revenues from the end of March had doubled levels at the start of the month, and the increase in sales was continuing into April. Wayfair also shared that it had taken steps to strengthen its balance sheet during this time, raising an additional $535 million. Shares jumped 40 percent on the news.

Last week, Wayfair released its first quarter earnings report, and the online retailer’s outlook was even rosier. On the conference call that followed, co-founder and CEO Niraj Shah provided additional details about the upswing in sales: “Starting in mid-March, we saw a pickup in both traffic and conversion. This period coincided with customers beginning to shelter in place at home, which led to new needs for essential products like cookware and kitchen appliances, home office products and children’s furniture. It also brought to light ongoing renovation and decoration projects that customers are now taking on.”

Shah went on to say that the rollout of stimulus checks to taxpayers in mid-April served as an accelerant, bringing both new and repeat customers to the site: “As a result, we have seen gross sales momentum build across almost all classes of goods and across all regions in the U.S.”

There’s precedent for Wayfair’s crisis boom. On the call with investors, Shah recalled how the 2008 financial crisis had also led to a significant increase in revenue for the company, and accelerated e-commerce adoption. Shah believes it has accelerated in the home category once again, perhaps permanently.

He also suggested that customers abandoning the experience economy—sports, concerts, travel—will flock to home spending, leading to a multiyear tailwind for the category, regardless of the economic challenges that will surely result from this period. “I think we are going to have a bad economy, but we tend to outperform in a bad economy, because the wholesale cost, the transportation cost, the advertising cost all get better for us, and we can provide more value to customers. And then you’ve got a bunch of trends that favor online and favor home,” he told investors.

Wayfair shares closed Friday at over $188, a new all-time high. Clearly Wall Street is betting that the company’s brightest days lie ahead, and is willing to forgive the $2.3 billion in losses it has incurred over recent years. The coronavirus crisis has accelerated trends Wayfair has been banking on, and a $1.5 billion cash reserve will help the online retailer capitalize on the moment.

But despite a nearly 20 percent increase in revenues in the first quarter, the company still lost $285 million. By that math, $1.5 billion lasts you little more than a year. So, before I can write that COVID-19 is the black swan event that forever transformed Wayfair, the company is going to have to prove that it can impose a discipline that has eluded it—growing revenue without dramatically growing operating costs. These next few quarters will tell us all.

Dennis Scully is the host of the weekly BOH podcast, where he explores the changes and challenges facing the interior design community through interviews with industry thought leaders, entrepreneurs and creatives. Scully was previously a business development consultant for major trade brands, and has held sales and marketing roles at Domino, Waterworks and Twill Textiles. In his Market Watch columns, Scully calls upon his background as an analyst and longtime securities trader as he explores the ins and outs of the home industry’s publicly traded businesses.

Disclaimer: The author did not hold shares of the companies featured in this column at the time of the story’s publication. The views, thoughts and opinions expressed here belong solely to the author, and do not necessarily reflect those of BOH. The material is for informational purposes only, and does not constitute any form of financial advice. 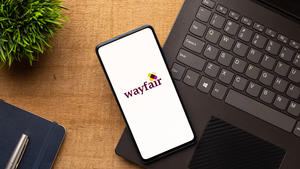 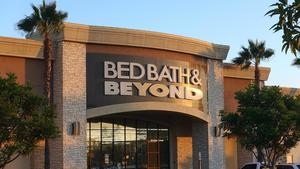