How healthy is the commercial design industry?

industry insider | Dec 13, 2018 |
How healthy is the commercial design industry?

The first doctor’s report is a good one: according to the International Interior Design Association (IIDA) and Designer Pages inaugural Index Report, 2017 marked a period of steady expansion for commercial design—the industry slightly outgrew the GDP. The outlook, however, is better for some than others.

The Index—which breaks the industry down by region, sector and project size—points to strong growth in the Midwest and a boom in education projects in Western states. But there are a few areas of contraction, including hospitality design in the South and education projects in the East. According to IIDA executive vice president and CEO Cheryl S. Durst, these findings are not huge surprises; rather, they help to clarify a general consensus within the industry. “While most firms are busy, we know that there are some ‘soft spots’ and a slowdown is predicted,” she tells Business of Home. “Economists are expecting that it will be regional. Some parts of the country will be more affected than others.”

Until now, we’ve only had access to generalized reporting for the construction industry at large, but not specific to our core sector.” —Sascha Wagner

In some ways, the survey itself is as newsworthy as its results. “Until now, we’ve only had access to generalized reporting for the construction industry at large, but not specific to our core sector,” says Sascha Wagner, CEO of the San Francisco-based Huntsman Architectural Group. Sensing an opportunity, the IIDA began collecting data in 2016, ultimately gathering detailed information on 11,000 projects from 74 firms throughout the U.S. To organize and present their findings, they teamed up with New York-based purchasing management site Designer Pages, a recognized name in the contract world. “The goal was highly specific in terms of our industry focus,” says Designer Pages CEO Jacob Slevin. “We wanted to be certain there was no ‘noise’ in our analysis from either residential design or architectural work.” 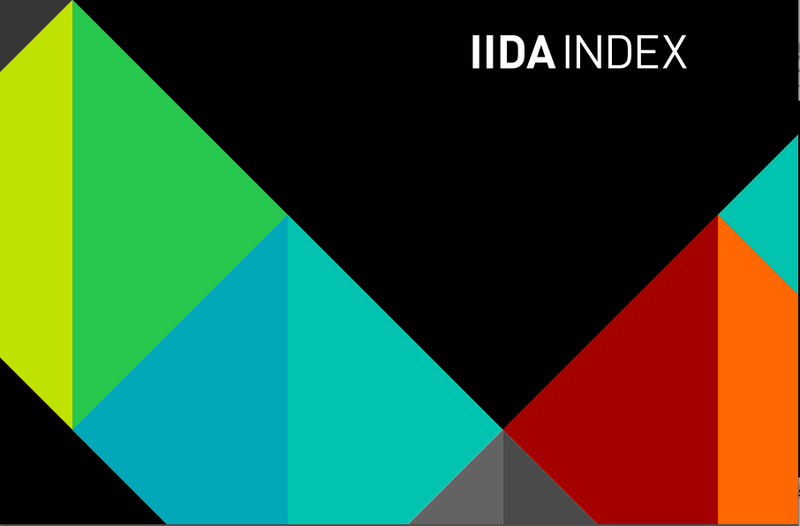 Clean, useful data takes some effort to collect and curate. “We encountered some hesitation given the specificity of the information we were requesting,” says Durst. “The report isn’t just a customary billings index, so some participants needed to engage their CEOs, executive boards and legal counsels in the process. However, all the participating firms felt they were contributing to a valid and credible data pool.”

Participants also receive a tangible perk: access to an online dashboard that allows them to compare their own performance against the industry at large. Slevin sees this tool as a way for C-suiters to make more informed decisions, offering a hypothetical example: “As a firm leader, I can look to my design fees year over year and perhaps I see they’re up 5 percent. At face value that seems great, but the market segment as a whole might be up 10 percent, so my market share has actually decreased.”

Those who don’t share data with the Index Report can still benefit by purchasing a copy ($50 for IIDA members, $125 for non-members). Going forward, Durst hopes the Index will be a source of revenue for her organization and a useful tool for the industry at large. She’s looking forward to seeing the report evolve in the years to come, both in design and use. “I want to see us continue to add more metrics and datasets—for example, the number of RFPs responded to in a year, or metrics that represent HR information,” she says. “And quite honestly, I’m hoping the way firms will use the report will expand and evolve. I’m confident they will come up with their own very bespoke ways of utilizing the data.”