As minimalism continues to make its way out of fashion, maximalism has hit the design world with full force. “For many years, layering was not in vogue,” Ron Rubinoff, president of Hunter Douglas Window Designs Group, tells BOH. “People moved away from drapery to other types of window coverings, but in all aspects of design these days, there’s a real return to a layered look.”

That layered aesthetic led Hunter Douglas to create its new Design Studio program, a collection of drapery, side panels and Roman shades that come in fabrics from linen to velvet and feature a similarly diverse array of patterns. As part of the company’s expansion into drapery, it has partnered with Brooklyn-based textile designer Rebecca Atwood on a collection that includes eight exclusive patterns in a range of hues. 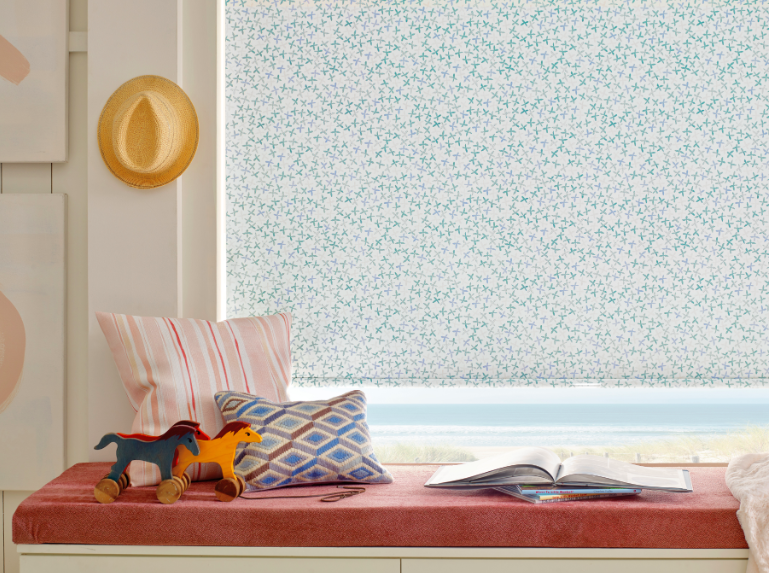 For Atwood, a design industry favorite who may be less well known to a mass consumer, the collaboration was an opportunity to design for a new type of customer. “This was a chance to offer people who aren’t necessarily working with designer, high-quality, customized window treatments,” she says. “I think the Hunter Douglas customer is a little more traditional than my core customer. They have a much wider distribution and reach, so I wanted to make sure that what I was doing sat well with what they already offered, but also had a different, fresh perspective.”

According to Rubinoff, collaborating with Atwood was an obvious choice: “I really enjoy her entrepreneurial spirit, which is similar to our own,” he says. “And as we move forward with our foray into social media and digital marketing, she’s someone who has a very strong following as a brand and as an individual.”

Atwood began designing for the collection like she does with any of her patterns, by looking through her artwork. “I often paint not knowing where a pattern is going to be used,” she says. “The Tree of Life pattern in the collection is one that I came up with when I was in Portugal. There were these beautiful fruit trees outside my room and I liked the idea of bringing in a concept that could be a real statement piece.” 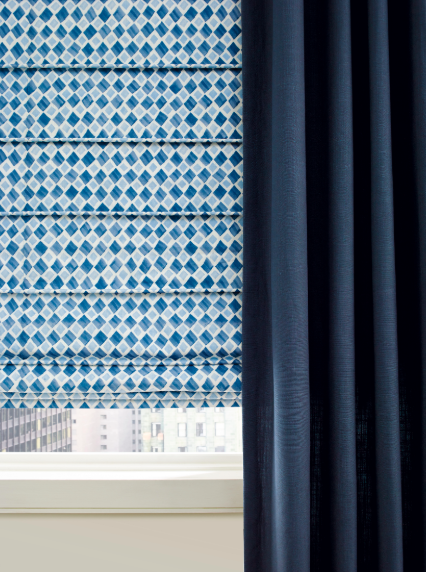 In her own line, Atwood uses only natural textiles like linen and cotton, which weren't going to work for every offering in the Hunter Douglas line. “We needed to take into consideration, How is this going to wrinkle in a Roman shade? How is it going to drape? It was a different set of challenges for me.”

Of all the pieces in the collection, which features 43 SKUs in total, Atwood’s favorite ended up being the roller shade—a fact that surprised no one more than herself. “I had this impression of roller shades not being a very nice option,” she says. “I tend to think of those being made of a plasticky, shiny material, but ours are made from a great fabric and have a really seamless quality to them. They’re sleek.”

The core tenets of Atwood’s aesthetic are color and pattern (she’s written books on both topics), and she sees this collection as a way to make it easy for people to incorporate both into their homes. “I wanted it to be a simple way for people to use color and pattern and not feel intimidated by it or like they’re making a mistake, because no matter what you pick, you don’t have to worry about it. It’s going to go with what you have, because we’ve done a lot of the guesswork for you.”

Rubinoff says that after collaborating with Atwood, Hunter Douglas is now in talks with several other designers for future collaborations. “There’s space in our sample book for the next designer collection,” he says. “So, it's definitely going to happen.”