meet the makers | May 20, 2021 |
Why this California lighting designer embraces being out of control

Bennet Schlesinger speaks in verse and creates deliberately—and while there isn’t much in the way of subtlety about his finished pieces, simple materials and a humble by-hand process pave a quiet path to his statement fixtures.

Schlesinger started his artistic career working for sculptors in New York, primarily creating metal and stone compositions that were conceptual, albeit esoteric, pieces. After roughly a decade of that kind of making, he moved to Los Angeles, where he began crafting objects that he hoped would provoke a more literal interpretation. “I got burnt out making art in that way, [and] I really wanted to make work that had a place to go built into what it is—I wanted to make products,” he says. “I wanted them to be beautiful products, but also for people—something that existed outside of a conceptual dialogue. ‘This is a lamp.’ It’s just a really considered lamp.” 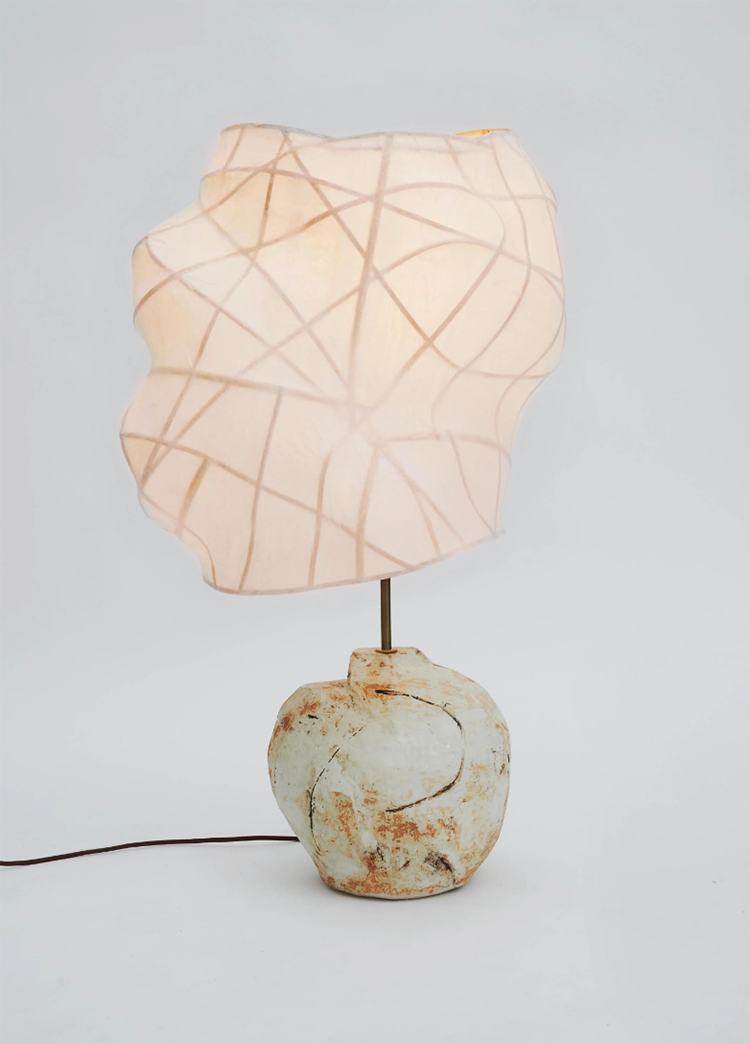 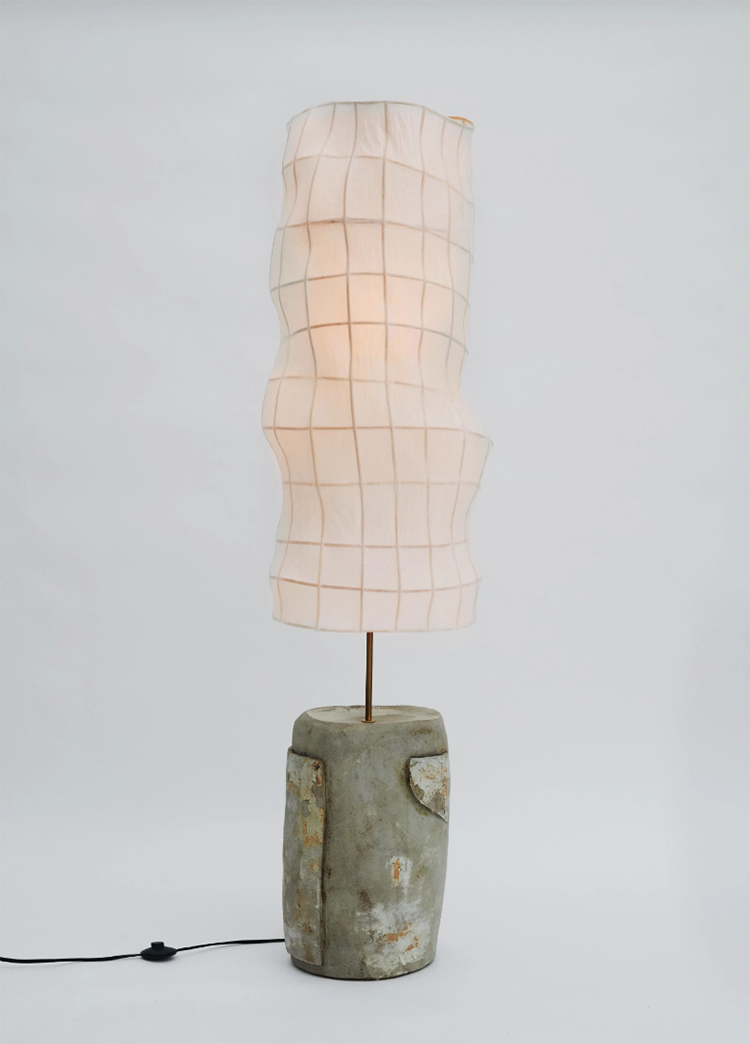 In 2019, Schlesinger began making his lights in earnest, inspired by the natural elements of clay and paper, with a nod to famed 20th-century Japanese American designer Isamu Noguchi’s Akari lamps. The first batch he created sold out almost immediately, which gave him the vote of confidence he needed to go all in on this new venture. “I had a pop-up show at a friend’s gallery space and they sold really fast,” he says. “I was like, ‘OK, I can do this.’”

He started the design at the base, and when he approached the lampshade, he thought back to a class that he had taken, applying the bamboo weaving techniques he’d learned for seating construction to lighting design. “It’s an extension of another type of furniture making that I kind of stumbled into,” Schlesinger says. His floor and table lamps each follow a basic formula: a ceramic base topped with a paper shade, connected by brass hardware. “All of these materials are elemental, and for me, it’s [about] time and balance and trying to emulate a natural feel,” he says. “It’s not a futuristic way of making something—it’s pretty rudimentary. I just try to figure out the balance and try to keep it as simple as possible to maintain the integrity and beauty of what is actually happening.”

Over the course of several weeks, Schlesinger builds each component of his lamps, fashioning the bases from clay and overlaying translucent paper onto a woven bamboo frame, securing it with archival glue—and relinquishing a measured degree of control along the way. “I make a shape [out of bamboo] and then layer paper on top, and it compresses this preexisting skeleton [as it dries],” he says. “[The paper] warps it in some ways—it’s a really interesting process, similar to ceramics. You’re attempting to manipulate a material that is unpredictable, and you just have to go with the flow.”

Schlesinger’s lamps achieve their balance by marrying a series of contrasting design elements. The airy top provides a delicate, translucent glow, while the crude ceramic base has a weightiness that tethers each piece in place. The amorphous lamps seem to float, and while the bulk of the artist’s inventory at present is made up of standing lights, his pendants are one area he hopes to grow in the coming months, as trade shows resume and interested buyers are able to see larger pieces in person. (A fun fact: Schlesinger also has a manuscript of poetry being released later this year, a facet of his creative practice that he jokingly says satisfies his more conceptual tendencies, allowing his lights to take on a more practical form.)

The lamps range in price, with the smaller sizes hovering around $1,600, and larger, more sculptural pieces going for as much as $7,500, mainly to interior designers and art collectors for now. Schlesinger’s artistic approach has landed him in the gallery world, including an exhibition that just concluded at Stanley’s in Los Angeles. As he finds his bearings in the design industry, he hopes to net a few more custom projects, as well as continue to master his current methods. “It’s not a decipherable path,” he says. “I can’t really remake products—[my pieces] aren’t re-creatable. As I keep making them, I keep changing them. It’s like an evolution, and I imagine it will keep changing.” 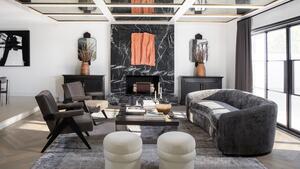