Why not go the extra mile for a client who’s unhappy?

Interesting column last week about the custom rug that the client was not happy with. I am an old-school interior designer who was trained by a storied Beverly Hills designer to always find a way to figure it out. Since it was evidently a lighting problem, I was surprised that the designer did not address that issue first. Perhaps it could have been remedied by an invisible window tint, a change in the lighting plan or a “diversion” using an additional color on or near the custom rug that changes the client’s “scrambled egg” association. Just another point of view.

For the Sake of Debate

Thank you for your take on how you would solve the custom rug problem presented in my last column. I happen to disagree with your perspective completely—and that is what makes chocolate and vanilla so important. Both are delicious, but not for everybody.

My philosophy for interior designers can be summarized as follows: The client is always wrong. For you, the client is always right, and it is your job to make sure they are happy. Perhaps you can make the changes you suggest without compromising your design integrity, but I cannot see how. And even if you could do so, why would you want to? Remember, the designer in the original column actually liked the rug more when the light hit it, not less. At a certain point, you have to live with the journey and the result—except in certain exceptional scenarios.

If, for example, a designer has not done a good job presenting her design and receiving an effective decision on that design, then the journey is fraught with risk, and it would be appropriate to do as you say to make it right. After all, that would be an exercise in speculation and taking a large risk that the client is going to love the selection. If they do not, then the obligation would be to fix it. Such is not the case here, though, and shouldn’t be for any designer worth their salt. The designer in question had taken the time to create this custom rug with her client, had gotten approval and then did all that she said she would do. That has to be enough.

A very important lesson I continue to learn is that you will always disappoint someone. Making everyone happy is a fool’s errand and never a possibility. The question has to be who you choose to not disappoint (or at least try not to). In this case, the choice is between the designer and her client. The changes you suggest mute the power of the rug to the designer’s detriment. And you suggest she should do it for free, all to make the client happy? We have enough sacrifice in this world, and a designer need not compromise their integrity.

Again, I feel for the client and her bad memories of scrambled eggs. However, if she wants to change the design she approved and paid for—the one her designer is willing to stake their reputation on—then she has to pay for that change to happen. Perhaps it means starting over to the tune of hundreds of thousands of dollars, and if that is what is necessary, then that is what needs to be paid for.

I simply cannot subscribe to the notion that the designer has to immediately suggest changes to a problem not of their making. The thing about putting art into the world is that once it is in the world, it lives there for all to judge, including the client. You mistake what designers do. Designers do not get paid to guarantee that a design will work; they get paid because it might not. In other words, the inherent challenges and risks of this work are the reason why clients delegate it to a professional. No one can guarantee another’s infinite satisfaction with any given result, since satisfaction is fickle and obscure. But by hiring a designer, a client makes their happiness that much likelier to last.

Nobody said standing in your own light was easy, and allowing a client to be disappointed is extraordinarily difficult. However, compromise is its own demise. The one person a designer can never choose to disappoint, if they hope to have lasting success, is themself. I respect that you see things the opposite way, but just know the price it comes with is eternally more expensive.

Sean Low is the the go-to business coach for interior designers. His clients have included Nate Berkus, Sawyer Berson, Vicente Wolf, Barry Dixon, Kevin Isbell and McGrath II. Low earned his law degree from the University of Pennsylvania, and as founder-president of The Business of Being Creative, he has long consulted for design businesses. In his Business Advice column for BOH, he answers designers’ most pressing questions. Have a dilemma? Send us an email—and don’t worry, we can keep your details anonymous. 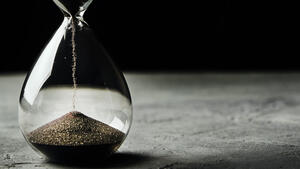 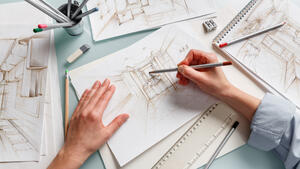 A potential client wants to share my design concept with other designers. Help! 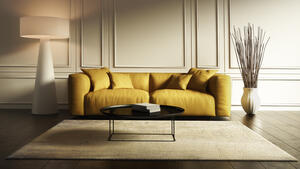 My client hates their custom rug. What now? 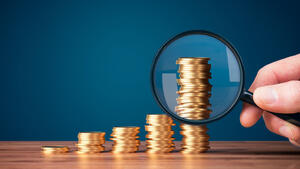 I finally raised my rates, but new clients are balking. Should I backpedal? 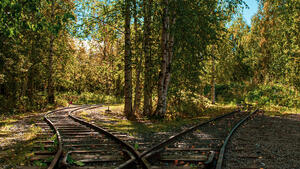 I want to leave my corporate career to pursue design. Where do I start? 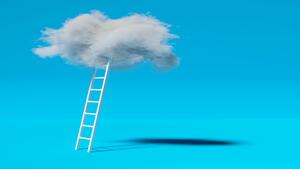 I keep getting passed over for next-level projects. What am I doing wrong?