Why Maison&Objet is celebrating the workplace this year

France’s esteemed trade show Maison&Objet has long been focused on residential design, so the announcement that this year’s theme would be the workplace surely took some by surprise. It shouldn’t, though. As the nature of work changes, the lines between residential and workplace design are becoming ever more blurred. Philippe Brocart, managing director of SAFI, a French art organization that puts on Maison&Objet, sat down exclusively with Business of Home to talk about why American designers are being honored at the Rising Talent Awards in September and what this year’s office-leaning theme will mean for the show in 2019 and going forward. 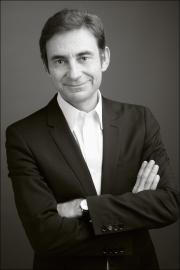 This fall’s Maison&Objet spotlights up-and-coming American designers. Last January, it was Chinese designers. How do you choose the countries?

For each session, we choose one country. The idea is to have a global perspective, especially with emerging talents. Each time, we try to have something different—and this time, we wanted to focus on the U.S., and we thought it was the right timing. We knew a lot of young designers were emerging in the U.S. who are keen to introduce products, and who are also entrepreneurs—they’re not designing product for brands and waiting. They’re really involved in the process of designing, making and the process of selling.

Is that unique to the U.S.?

This is something we see everywhere in the world. More and more, young designers are really trying to sell directly, not waiting for brands. For example, in September last year, we had young designers from Lebanon, and it was the same. In January, with the young designers from China, the same again—half of the designers there already sell directly to specifiers or have their own websites. A few years ago, designers were really specialized—they were only doing their own production, or only working for brands. But if you just wait for a commission from a brand, it could take decades. Designers today are more flexible than they used to be. Now, they try to do a mix of things—even cinematography or interior design! A lot of designers today also do restaurant design.

What’s most exciting about the program?

And this year’s show is themed around design for the workplace. Why now?

When I was in New York in December to meet with journalists—normally we speak about design and decor, but this time in every meeting they told me about “resimercial” and “soft contract.” I thought, There is something in that area that we need to focus on. The office market is moving—and, more than that, the way we work is changing, and looking more and more like the way we live in our home, which means furniture that was once only residential, is now also for the workplace. Our show was not dedicated at all to office equipment—that has always been a separate thing. But now it’s blurring. Today, you can work at home, in the office, in a cafe, in the lobby of a hotel, or in an airport lounge. The evolution is really interesting.

What will Maison&Objet’s take on the workplace look like?

For the first session, we will have a 12,000-square-foot area with different installations—a conference room with a program dedicated to the workplace, an area designed by a coworking company in France; a selection of product; and also a business meeting area where end users can have the opportunity to program meetings with brands, but also with specialized space planners. So if you are moving your office in six months, you can take an appointment with a space planner or a company to discuss. And around that, more traditional stands and booths for companies with that focus. We’ll also have a trail of companies around the fair that propose solutions for the workplace. In the entrance to the hall, we’ll have a landscape designer who is going to create the welcome part of the office using green materials.

What is the role of green in office design?

I think it’s more and more important. Around this new workplace challenge, there is also the fact that companies need to have an attractive office to attract and retain talent. And those new generations, they are also very keen on sustainability—I see that even in our company. That has changed what people are bringing to the show. All of those green or sustainability issues are very important.

How are exhibitors responding to the theme?

When we decided to focus on the workplace a few months ago, a lot of our exhibitors said, ‘Okay, I will have one part of my booth dedicated to this.’ It’s rare to have a theme that is widely adopted, but this one is strong because it’s such a big trend.

In our show, we have furniture, but also a lot of objects—stationery, notebooks. So in the work area we are creating [to showcase the trend], we will have a selection of something like 300 products that you could have in your office. It’ll be a mug, a notebook—things that are really well designed—and will be a nice link between those two parts of the show.

In the next iteration, will that workplace focus carry on?

Yes, the idea is to grow this part, but with our DNA. We are not going to be a NeoCon, it’s never going to be an office equipment show. Our focus is on this residential touch. And if you look at the traditional office equipment companies, they’re moving in that direction. They are starting to change their collections, which are looking more and more residential, or they are acquiring companies with residential focuses. I think there will be more and more connections.

It’s not just about a sofa going into an office, either, so it will be interesting to see where this movement goes. You also have to take care of the ergonomics, because if you work in a bad position in a computer, I’m not sure that’s moving forward.

We have a lot of furniture companies doing product for residential, and they also sell product to offices—but, for example when we moved our offices, we bought 100 chairs from a company that was mainly in the residential area. I’m not going to give names, but after six months, 95 percent were out! So it’s not only bringing residential stuff into the office. You also need to adapt to the different usage.

Has there been anything like this in recent history at Maison&Objet?

This one is more interesting because it’s not only about trends or aesthetics. We do a lot of trend forums, but I haven’t seen a trend like this—which is not about design and decoration, but about society. It’s more global.

Is this a one-way conversation, with the office becoming more home-like, or will we also see elements of the office coming into the home?

More and more, you can work from anywhere, so there is some impact of bringing the office into the home. But what we do see is that you don’t like to have one room in your home that is the office. You work in your kitchen, on the sofa, at that table, but you don’t want to be in one room that looks like an office. So you’re not going to arrange an office. In this way, I don’t really believe in office furniture coming home.