This Savannah weaver started her career as a token millennial

meet the makers | Aug 26, 2021 |
This Savannah weaver started her career as a token millennial

The devil’s in the details, but that’s where Savannah, Georgia–based weaver Alexandra Forby finds her peace. For the last six years, she has been refining her practice of hand-loomed textiles, building out a robust e-commerce website while maintaining the integrity of slow craft.

Forby grew up in New Orleans before attending the Savannah College of Art and Design, where she earned a BFA in painting. Upon graduation, she took a job working for the college, but after a few years, she felt ready for something different. “I was pretty done working behind a desk, but I was also not interested in going back to fine art and painting and struggling to pay bills after having this steady job with benefits,” she tells Business of Home. “I picked up weaving as a side thing while I was figuring things out, and eventually I was ready to start selling, because people were interested in what I was making.” 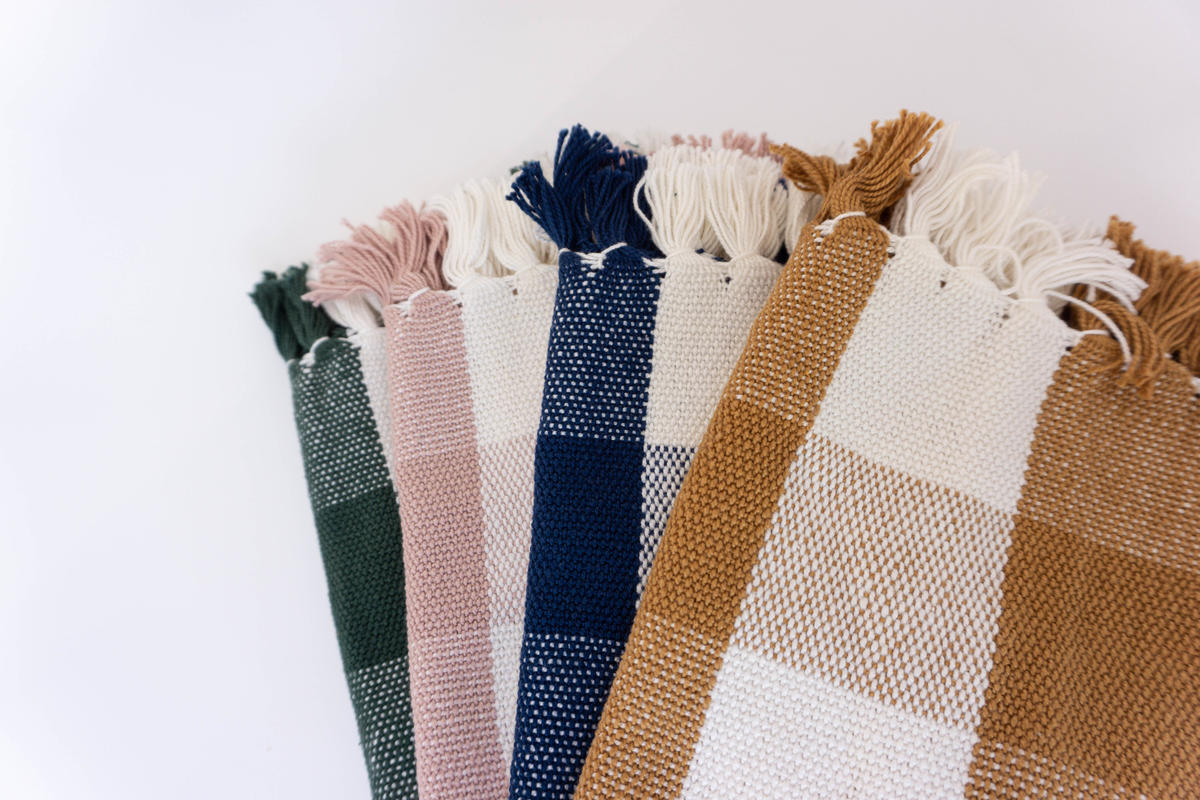 Forby utilized the best of YouTube tutorials, and learned through a healthy amount of trial and error. In addition to her internet instruction, she found a rich community of weavers in her hometown. “We have a great little fiber guild here in Savannah—it’s just a bunch of old ladies who have been doing fiber stuff for a long time,” she says. “I went in as their token millennial and gleaned all that I could with what they could teach me.” By early 2016, Daughter Handwovens was up and running, equipped with a rigid pedal loom and a self-taught weaver.

Forby soon found that the loom she had started her practice with posed limitations to her design ambitions. “Pretty quickly, I was like, ‘I want to do that structure, and I can’t do that on this loom,’” she says. A friend who had been a fibers major loaned Forby her four-shaft loom—on the condition that it could be stored in the Daughter Handwovens studio. For larger-scale projects, she uses another loom, which allows for more sizable and complex pieces.

Daughter Handwovens started with headbands and hand towels before expanding into home products—selling first to Forby’s friends and family, then gaining traction among design enthusiasts on Etsy. Like many creatives, she looks back on her early work with a mix of affection and the recognition of personal growth. “Those early weavings look so naive to me, but it makes me feel really special to have them,” she says. “They look very different from what I’m making now.” 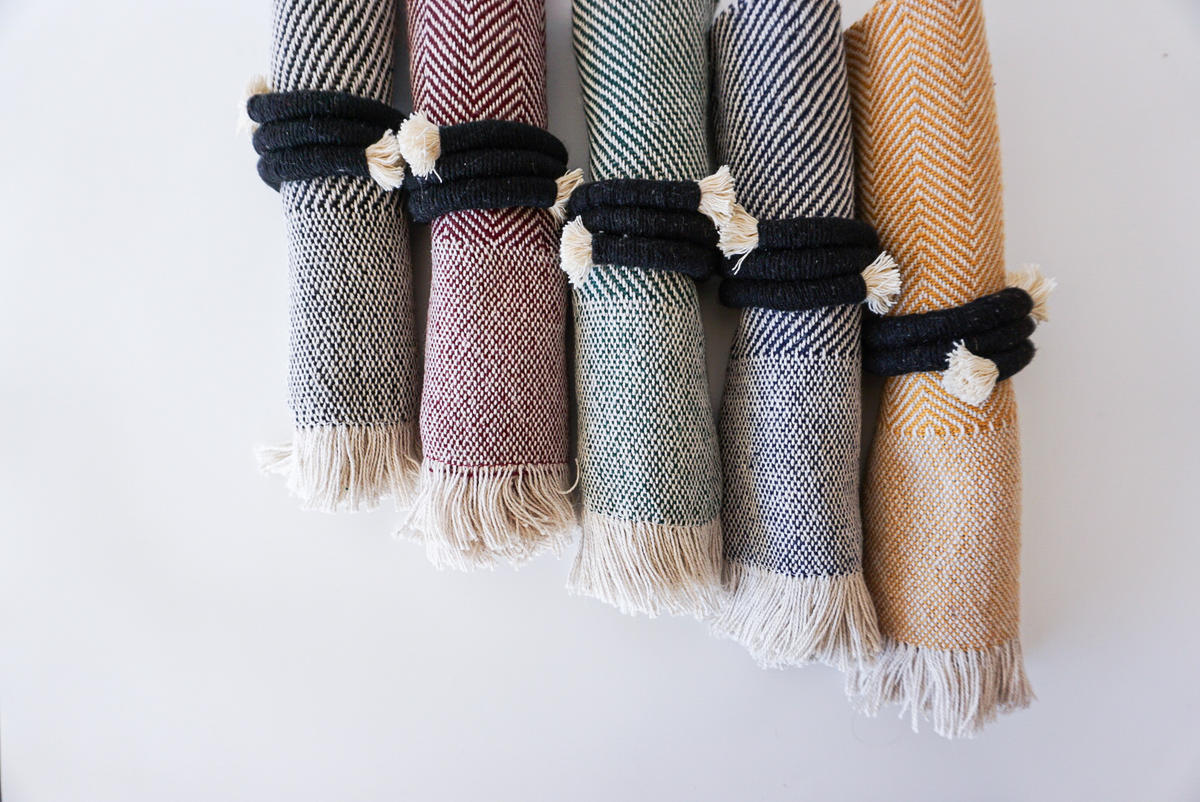 Forby may have started her business on Etsy, but she has since made her own website a priority, leaving a limited selection on the selling platform as a way to herd interested buyers to her site. There, they’ll find an impressive assortment of hand-loomed home goods, from napkins and table linens to kitchen towels and throw blankets. There’s a gentle Southern charm to Forby’s work that recalls quiet, sunny days at home. Muted gingham and lovingly disheveled tassels are rendered in plant-based materials, and with a tangible human touch, though most pieces are durable enough to withstand washing machines and family life. At the heart of her practice as a weaver is an unrelenting sense of home and the values that go with it. “The concept behind my business is this idea of nurturing, warmth, family and creating your space—your house becoming a home,” she says. “I wanted to help people create that in their homes with really special goods.”

As her business has expanded, Forby has been empowered by her mastery of the loom, which has given her the confidence to take on more custom projects. “Part of it is the excitement of realizing that I can make anything that’s fabric—I can weave it and I can sew it,” she says. “The possibilities are endless. People are always like, ‘Can you make a pillow?’ And I’m like, ‘Yeah! If it’s fabric, I can make it.’”