How Paula Wallace designed a university

Before it developed additional campuses in Atlanta, Hong Kong and Lacoste, France, before it launched an effort to preserve more than 100 historic buildings, and before it graduated a student body of 35,000 spanning 70 countries, the Savannah College of Art and Design (SCAD) was a glimmer in the eye of a 20-something Georgia schoolteacher.

At 29, Paula Wallace (then Paula Rowan) solved two needs with one solution. Her plan: Save Savannah’s deteriorating historic buildings while bringing accredited arts and architecture programs to a region in which they weren’t readily available. It was an enduring process—from developing a curriculum using intel from industry professionals to even adding her own elbow grease to the early restoration projects—and Wallace reflects on SCAD’s early days with pride. 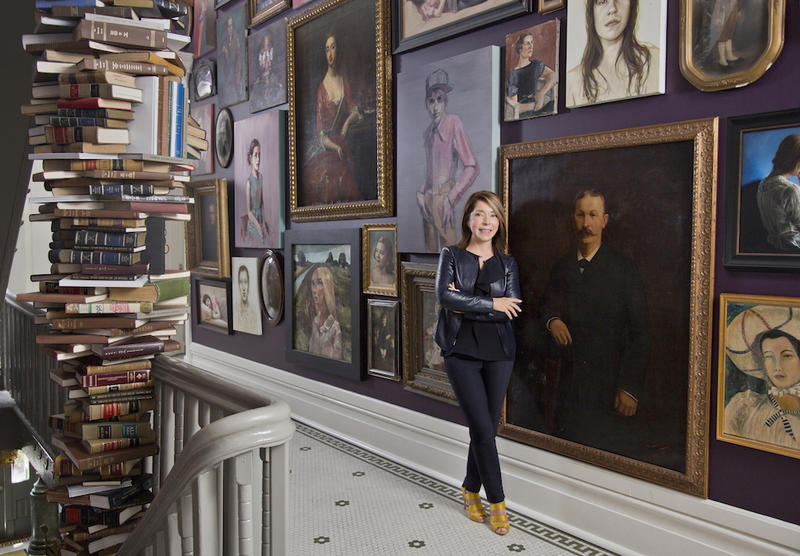 ‘You can't not fall in love here, with the marriage of history and contemporary design,’ says Paula Wallace (above); courtesy SCAD.

“Architecture, interior design and preservation have been at the heart of SCAD since its beginning,” says Wallace, who remains president of the school. “So a celebration of the built environment will be central to our 40th anniversary.” Today, SCAD enrolls nearly 14,000 students across 100 degree programs and four beautifully preserved campuses.

The Architecture of a University
For some, college is a time to take on a new identity—to put on a fresh facade. At SCAD, the remodel began before the students even arrived on campus. The nonprofit university is a case study for historic preservation, having revived more than 100 historical buildings across its campuses.

“Our university’s story began in 1978 with a strong emphasis on historic preservation and upcycling,” says Wallace, who was named to her current role in 2000, after having served as provost and dean. “Our very first building, the Richardsonian Romanesque Savannah Volunteer Guards Armory, set us on a path of adaptive new use.”

Before SCAD, there was a misperception in the public mindset that art and design were hobbies, or something to dabble in—avocations, not vocations,” says Paula Wallace. But when it comes to the students, she makes one assertion clear: “Starving is not an option.”

“In the 40 years since SCAD opened the armory’s doors to our first 71 students, we’ve brought new life to buildings all over the world, creating living and learning environments that delight our students. SCAD’s interior and exterior spaces enchant,” says Wallace. “You can’t not fall in love here, with the marriage of history and contemporary design.”

The State of Design Schools
While history may have shaped SCAD’s settings, it’s the future that molds the curriculum. When developing the course structure for its new User Experience (UX) degree, for example, the university partnered with Google to establish the curriculum. And, once inside the classroom, SCAD invites corporate partners to pitch their real-world projects to the students. Today’s top brands have approached design’s next generation with their queries, from designing a transportation hub for Uber, new service concepts for L’Oréal’s Urban Decay makeup brand, or promotional materials for NASA. 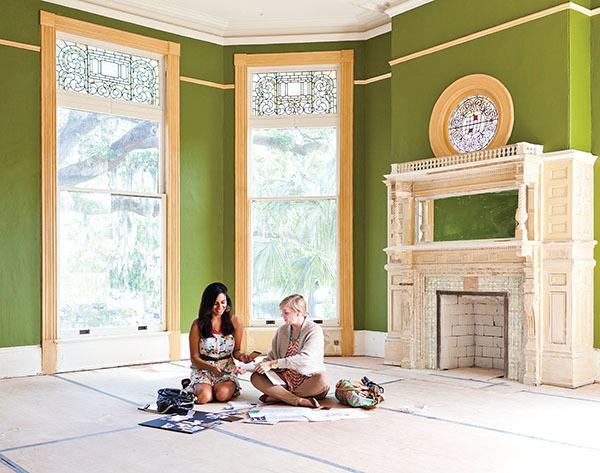 The Harden House on SCAD’s Savannah campus is among the university's recent preservations; courtesy SCAD.

“We acknowledge and address the realities of life beyond college,” says Wallace. It’s a quality SCAD has prioritized from the beginning, when Wallace relied on insights from industry professionals to guide the coursework. Registering students, creating class schedules, developing a student handbook and grade report, and establishing a research library were also among her founding to-do list. Though, as Wallace would tell you, developing an education system never ends—especially with today’s fast-paced information feeds.

While the university still has some graying to do before attaining the century-old seals of the other art and design schools, SCAD’s past four decades have helped reinvigorate the art scene of the South. “Before SCAD, there was a misperception in the public mindset that art and design were hobbies, or something to dabble in—avocations, not vocations,” she says. But when it comes to the students, Wallace makes one assertion clear: “Starving is not an option.”

Creating Lasting Impact
As with any endeavor, there will be obstacles. SCAD has faced its share of adversities—an investigation into Wallace’s compensation among the most recent. Though, more often than not, sharing the front page with those headlines will be mentions of SCAD’s most recent and well-regarded community events. As a nonprofit organization, the university relies on an extensive calendar as a means for funding. “As a university, our primary function is to teach, a mandate we fulfill primarily through our degree programs and also through learning opportunities we present to the public,” says Wallace.

The university’s community events have contributed $15.6 million to Georgia’s economy, according to a recent survey.

Wallace has another development in mind for the big anniversary. A retrospective on one of the school’s earliest initiatives, SCAD: The Architecture of a University showcases a specially curated selection of 40 preserved buildings (and their stories) from the SCAD campuses. “The creation of the book was a direct response to visitors who have come to our campuses and been so enthralled by the stories SCAD buildings tell. Normally, colleges have been purpose-built as academic institutions,” says Wallace. “What’s so intriguing about SCAD is that all of our buildings held completely different identities before SCAD.”

It’s an idea of re-imagining that continues to evolve. For a career built around educating others, Wallace’s journey of preservation—in both architecture and the arts—has been an education all its own.