Marge Carson, the California-based furniture brand, is ceasing operations. In a note to customers, CEO Jim LaBarge cited health challenges, writing that, due to the effects of his cancer treatment, he decided it was “necessary to wind down Marge Carson by the end of October.” As part of the closure, the company’s facility in Tijuana, Mexico, will be shuttered and sending out cancellations for orders it can’t fulfill.

Speaking with Home News Now, LaBarge added that potential acquisition deals had fallen through, partially due to uncertainties in the economy.

Founded in 1947 by interior designer Marjorie Carson, the company operated as a family business until a brief period starting in 1987, when it was acquired by the conglomerate Masco. In 1994, LaBarge left his family business—LaBarge Mirrors—to join Marge Carson. A year later, he purchased the company from Masco and has maintained ownership ever since.

The company’s stock-in-trade was large-scale, ornate furniture in a classical style. With a showroom in High Point, it sold to dealers across the country, while maintaining its own showrooms in Dallas and Los Angeles.

The company faced a series of difficulties during the pandemic, with supply chain issues causing high backlogs for the brand. As a result, in 2021 LaBarge ceased production in the Philippines and rerouted all of Marge Carson’s manufacturing to its facility in Tijuana, a move designed to combat out-of-control lead times and cut back on the fast-rising expense of overseas shipping.

That same year, Rock House Farm, the parent company of brands including Century, Hickory Chair and Maitland-Smith, acquired the design library of Marge Carson’s case goods collections, after the brand announced it would stop offering the lines. The designs were incorporated into existing RHF offerings, with Alex Shuford III, CEO of Rock House Farm, telling BOH at the time, “over the years, Marge Carson and Jim LaBarge created an expansive and iconic library of wood products designs, many of which remain relevant today. We are excited by the prospect of reintroducing some of these beautiful forms back into the marketplace.”

In the letter to customers, LaBarge expressed gratitude for his time in the furniture business and reflected on the brand’s influence, writing: “We grew a customer base of the best furniture stores and design firms and developed production partnerships in the Philippines and Indonesia to make custom products in sizes and finishes that met clients’ needs. When so much furniture looks alike, Marge Carson truly stands out on a retail or showroom floor with a look all its own.” 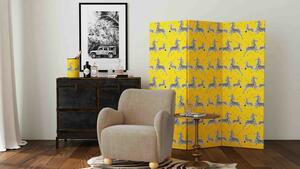 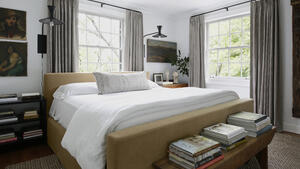 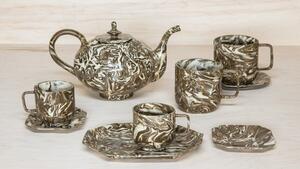 The future of the home office is multifunctional, mobile and modular 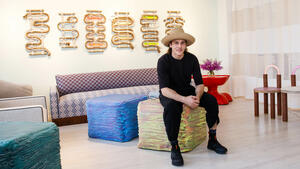 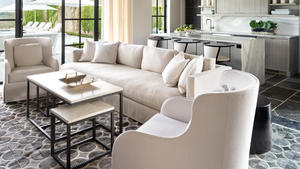