Four years ago, Los Angeles–based artist Amir Nikravan began experimenting with the glyphs of a postwar building in Pasadena, setting off an ongoing conceptual exploration of the legacy of modernist design in his own work. Next week, when designers flock to the Pacific Design Center in West Hollywood for Westweek, a two-day industry celebration full of panels and programming, Nikravan will be there to share his story. 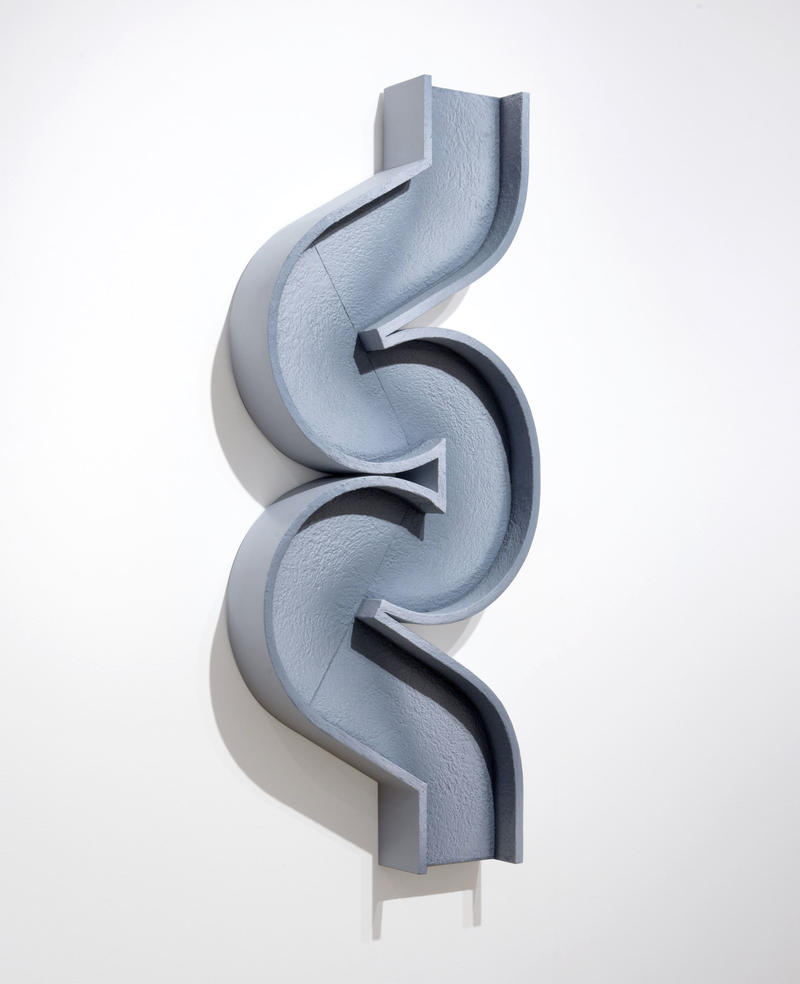 “I became really interested in how all of the language around Modernism, with a capital M, was demeaning toward Orientalism, but how the white masters of the movement were able to appropriate these motifs,” explains Nikravan, who is half Iranian, half Mexican, and a native Angeleno. “If I were to do it as a person of color, it would be decorative, the sinful word of Modernism. So I started to reappropriate those motifs in sculptural assemblage that exist both in sculpture and on the wall.”

Some of the sculptures are placed on clear pedestals that reference the floor plans—and, indeed, the problematic history—of glass house architecture.

Nikravan’s work caught the attention of the architecture and design world—perhaps, he suggests, because of the affinity between their work and his inspiration. And though he’s had plenty of exposure to those realms, he’s still keenly aware of the differences between his work and that of designers.

At Westweek, Nikravan will participate in a keynote about brand messaging along with renowned local lighting designer Alison Berger, Brooklyn furniture manufacturer and DFA president Eric Chang, and brand strategist Sean Yashar, moderated by Business of Home’s Los Angeles editor, Arianne Nardo. “I feel like an outsider,” says Nikravan. “But I think the reason that I was asked to do it is I’m an artist who is known to work well with designers. The objects I make are exhibited internationally and in museums, but they are also objects people are meant to live with.”

Although he primarily focuses on gallery exhibitions, Nikravan speaks candidly about working on commissions. Recent examples include work for an architect whose client loved a particular piece on view, but needed something twice as tall; a client of New York–based designer Kelly Behun, who wanted a different-colored companion to a piece purchased from a gallery for their library in the Hamptons; and a collaboration for the Apparatus showroom in Los Angeles. In each instance, the commission process was collaborative, but still fit within the parameters of Nikravan’s creative practices.

“People will often love a piece but the color doesn’t work for them,” he explains. “I’m sure a lot of artists would roll their eyes and cringe, but for me is doesn’t matter—the whole project is already deeply conceptually steeped in these ideas, so to make [a similar work] in a different color does not change the meaning. It just presents a new, different challenge.” 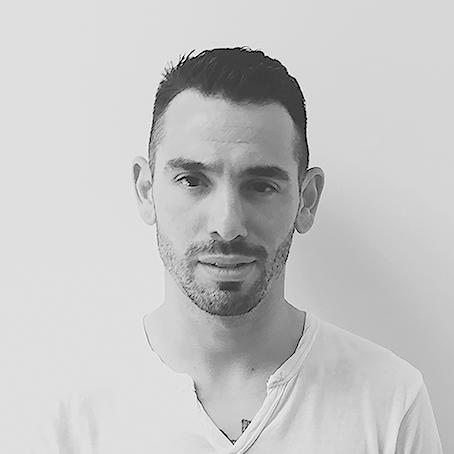 Still, he’s quick to point out that the client isn’t calling all the shots. “I’m not letting them pick a color out of a Benjamin Moore paint deck,” he jokes. “If they want blue, here are three options.” For the Apparatus showroom, the founders were working within a very specific palette. “They wanted something turquoise-ish green, which I’ve never used before. I worked out how that color would fit into my work, then let them choose from there.”

Nikravan’s openness to collaboration may be partly due to his proximity to the design community. After finishing graduate school in 2011, he worked a day or so each week in a Los Angeles designer’s studio—a part-time job he kept for five years. “That’s how I know about design, designers and furniture,” he explains. “It’s certainly a passion and interest of mine.” Working in a design studio also had a lasting impact on the way he thinks about domestic spaces. “Work can look amazing in a pure space like a gallery, but it’s often a lot more interesting when you see it in someone’s home, contextualized with other objects, the particular location and light—all those things change and enhance the experience.”

He’s also open to the notion of the artist as a businessperson—an idea he plans to discuss at length during next week’s panel. “If anybody tells you that artists aren’t considering the market, they’re lying to you,” he says, laughing. “There’s a sense that it can transcend the marketplace—but I’m not embarrassed to say that a gallery is store. Yes, they sell a rarefied thing, but it’s a place where goods are purchased and traded.”

Perhaps it’s no surprise that Nikravan’s own preferences lean toward inclusion: “Some galleries would say that you only sell 10 works to the 10 most important customers; they would rather not sell work if they’re not selling it to an important collection or institution. But I don’t think there’s anything wrong with allowing greater access to people who want to live with art—I would rather have my work out in the world than in gallery storage somewhere because they couldn’t find the most high-profile client to buy it.”

“Artisans Revealed: Sharing Your Own Brand Story” takes place in the Blue Conference Center at the Pacific Design Center (Blue Building, 8687 Melrose Ave., West Hollywood) on March 21 at 10 a.m. To attend Westweek, RSVP here. A reception with BOH in the Fabricut showroom (Suite B470) will follow the presentation.