The Zaha Hadid-designed 520 West 28th Street residence, the late architect’s first and only residential building in New York, welcomes its first inhabitants this month. Another first for the Chelsea condominium: The high-end residences are the earliest to feature the Cove kitchen, a compact, freestanding island designed for Boffi by Zaha Hadid Architects. 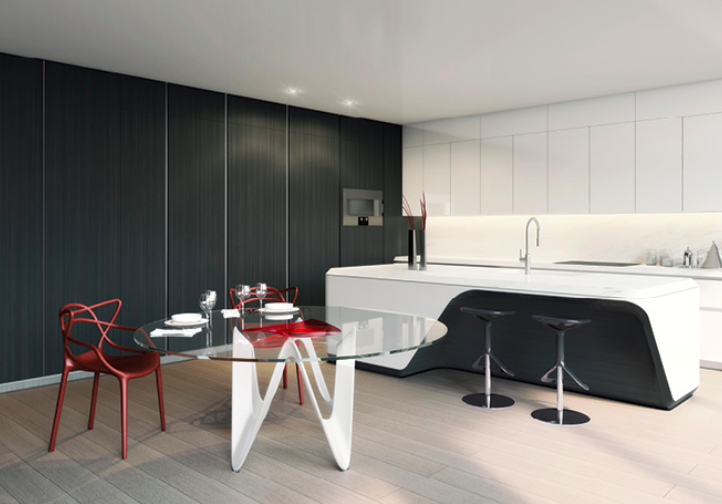 The Italian kitchen and bath brand unveiled the island at its Soho showroom in May. However, the collaboration originated three years prior when Hadid began designing the 520 West 28th Street project, which encompasses the geometric and high-gloss interiors fitting of the late designer. ZHD partnered with Boffi to create the sculptural, multi-tasking island that would complete the modern kitchens. 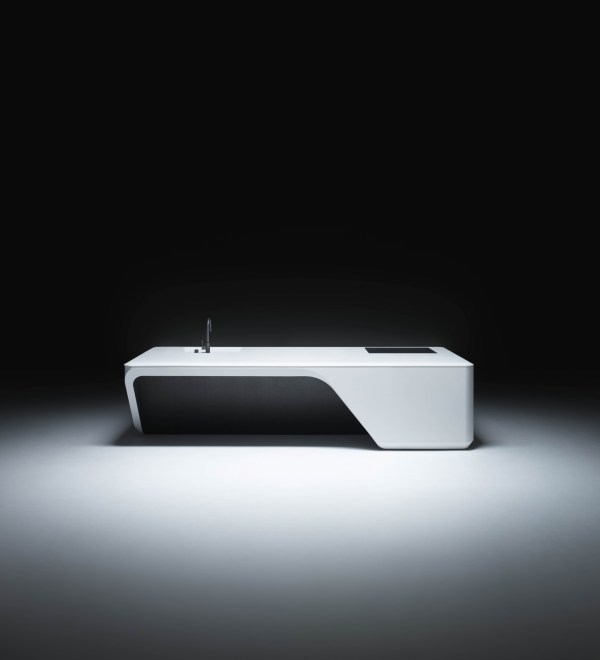 In signature Zaha Hadid style, the Cove kitchen uses dynamic curves and minimalist precision to create its shapely structure. And not one to skimp on function, Hadid designed the freestanding island to include drawers, a stovetop and an embedded sink—all seamlessly compacted so not to ruin the fluid design.

The Cove kitchen is available in two sizes and several material options, including hand-finished stone, selected wood and manmade Corian surface. Known for its collaborations with influential architects, Boffi lists Norbert Wangen and Felicia Ferrone among its other kitchen collaborators.