Carl Hansen made one of the most popular chairs ever. What's next?

industry insider | Oct 25, 2019 |
Carl Hansen made one of the most popular chairs ever. What's next?

Designing a new dining collection for a company that manufactures one of the most popular chairs ever made is a daunting assignment. So, when EOOS, an Austrian design collective founded by Gernot Bohmann, Harald Gründl and Martin Bergmann, was tapped to create a new series for Carl Hansen & Son, they took the full weight of the famed Danish furniture maker’s legacy into consideration. When they ultimately submitted their designs for the series, the family-owned company’s third-generation CEO, Knud Erik Hansen, took an anxiety-inducing several days to respond. Sitting together with Hansen in New York earlier this week, the three burst into gales of laughter recalling the tension of the process. “It was a long few days,” Bergmann tells BOH. 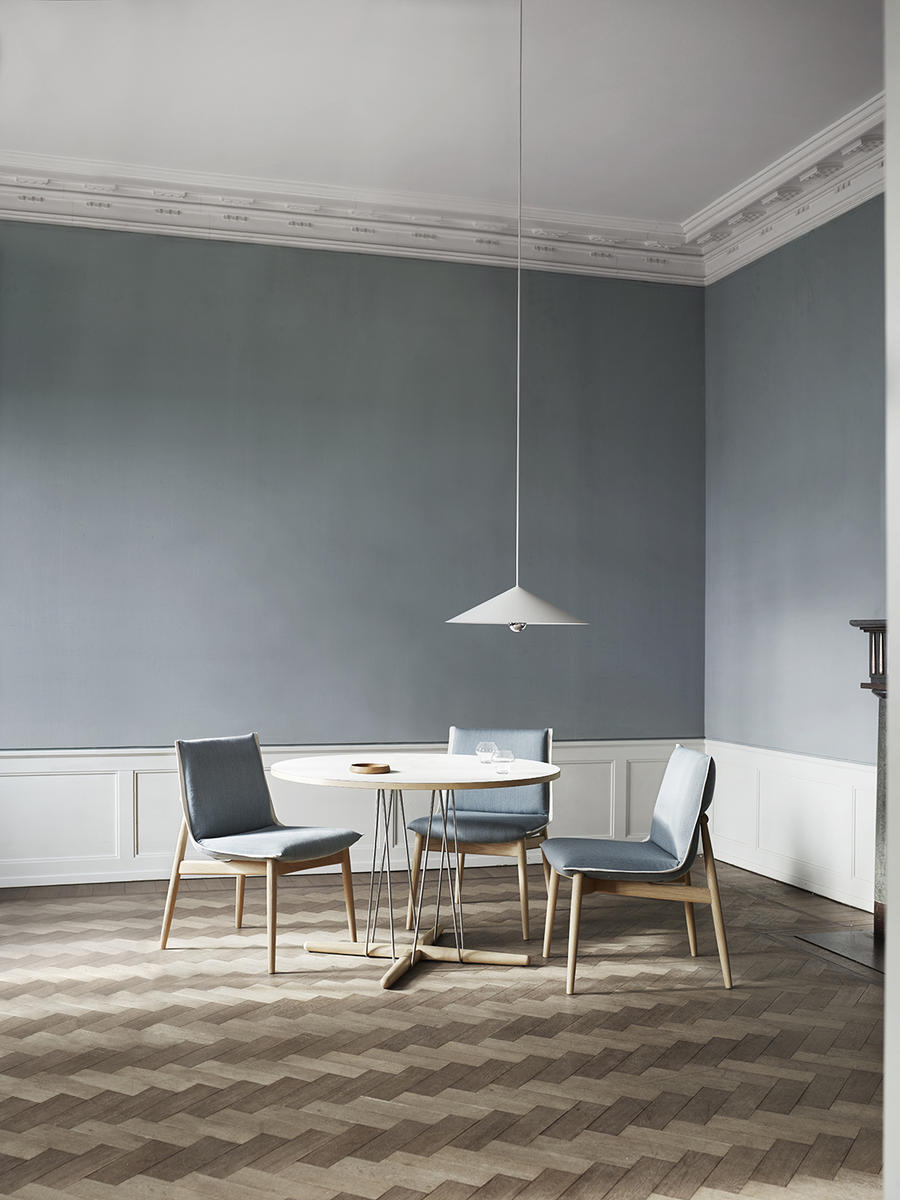 Designing the collection meant treading a fine line. “It was an effort not to get lost,” Bohmann says. “If you go too far into Carl Hansen’s past, you lose the concept of designing something contemporary, but if you go too far into the future, you lose sight of Carl Hansen’s past. It took a long time to find a balance that was near enough to what they’re known for but far enough away that what we were making was something new.”

The final result is the Embrace Series, a collection of dining tables, lounge tables and a new dining chair. The simple, sculptural shapes of each of the pieces fits seamlessly into Carl Hansen’s existing catalog, but there’s a touch of something clearly contemporary there too. The chairs, whose wooden frames are filled with upholstery, are the most notable departure. “For us, it was clear that Carl Hansen is making the best wooden chair,” says Bergmann. “It’s perfect. But we recognized that it was missing upholstery. We wanted to make the imperfection into perfection. That was the goal.” 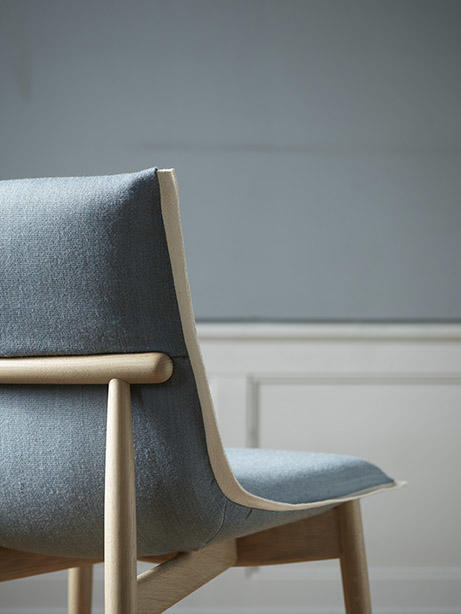 For Hansen, who took over the company in 2002, there was a lot to consider. In running his family’s company, he’s been charged with preserving the legacy of one of his country’s most revered furniture manufacturers—an unofficial steward of Danish design. “I’ve known EOOS for 15 years,” says Hansen. “And we’ve had a lot of thorough discussions over those years, and those discussions have allowed them to take our classic designs to new heights.”

The company has grown exponentially since Hansen took the reins nearly two decades ago, when it had a mere 20 employees. Since then, Scandinavian design has exploded and the company’s trademark wishbone chair has never been more popular. “When that chair was designed in 1950, no one bought it,” Hansen says. “Nobody wanted it. And now we can’t even produce enough to meet the demand. The whole industry has changed during my career.”

By 2022, the company will be making a billion Danish kroner (about $150 million in U.S. dollars) annually, a milestone that Hansen says will leave him satisfied about handing things off to a new generation. “If we had remained as small as we were when I took over, we would be dead today,” he says. “We would have been absorbed by a bigger brand. The inner value of the company is enormous—we are sitting on so much heritage and history. I’m at the point where I feel confident that I’m leaving the next generation something that is worth taking over. We’re a company that’s prepared for the future.”