Can Steelcase fix the open-plan office?

The modern office building is not what it once was. Cubicles and private spaces have fallen by the wayside in favor of a more egalitarian open-plan setting, conducive to working in teams. Though the workplace has evolved, office furniture has mostly stayed the same, leaving individual companies to find their own solutions. It’s an issue that Steelcase, a Grand Rapids, Michigan–based office furniture manufacturer, spent years researching before unveiling their new Flex collection this week. 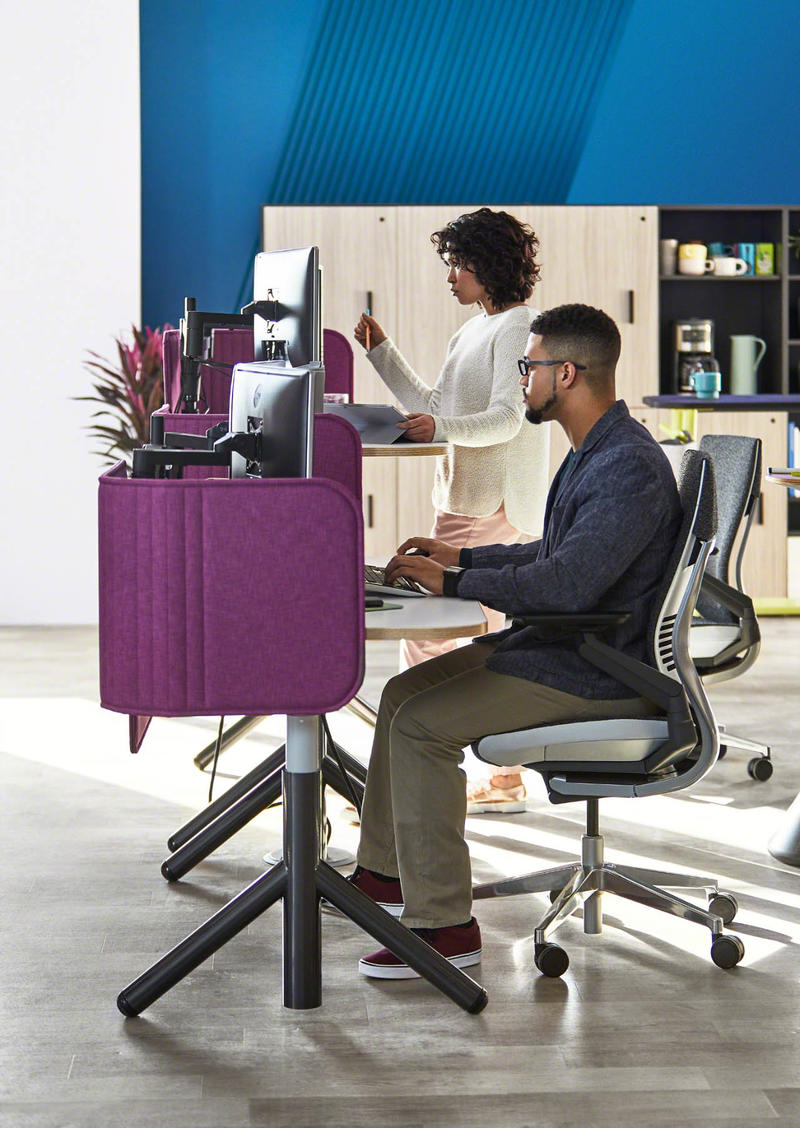 Steelcase spent years researching the way modern companies use their space in order to create the Flex collection.Courtesy of Steelcase

“People had taken to hacking their workspaces on their own,” David Cooper, product category manager at Steelcase, tells Business of Home. “We set out to create a collection of products that was really inspired by the way teams are working today and that could accommodate a dynamic, team-orientated workplace.”

To that end, the Flex collection includes moveable desks, tables, marker boards, carts, screens and accessories, none of which would look out of place in a sleek, Silicon Valley startup. Wheels, directional rollers and glides feature on most pieces, making all the elements easy to maneuver. “You can move everything yourself, as needed,” Cooper says. “There’s no need for professional help to reconfigure anything.”

One of the pieces, the Roam mobile stand, was designed to work in tandem with the newly launched Microsoft Surface Hub 2S, a digital whiteboard of sorts. The Surface Hub, which is essentially a tablet the size of a television, can be attached to the Roam stand and rolled around the workplace, making it possible to give a presentation in any corner of an office. “The nice part about the connection with the Flex collection and Microsoft is that it allows for much more control on the user’s part,” says Gale Moutrey, global vice president of brand experience and workplace innovations at Steelcase. “Instead of the team having to get up and go where the tools are, the tools are already there. They can shape their creative environment in a more immediate way.”

Also important to users, Moutrey says, is expressing some personality. So, each item in the collection can be ordered in a wide range of colors and materials. 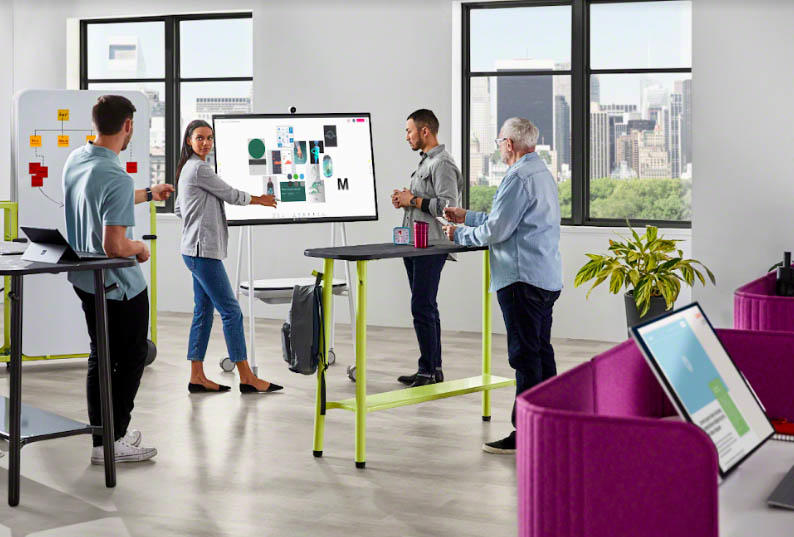 The Steelcase Roam Mobile Stand was designed to work in tandem with the newly launched Microsoft Surface Hub 2S.Courtesy of Steelcase

Steelcase began their research into modern office functions in 2017, sending teams of observers to offices doing creative work in North America, Europe and the Middle East. Most companies, they found, were still trying to use traditional conference rooms for group projects, and most were unable to move the furniture to accommodate their needs. “Users want their space to function differently now,” Moutrey says. “Places need to feel warmer and less standard. There’s a different performance expectation now. Work isn’t as linear as it once was.” 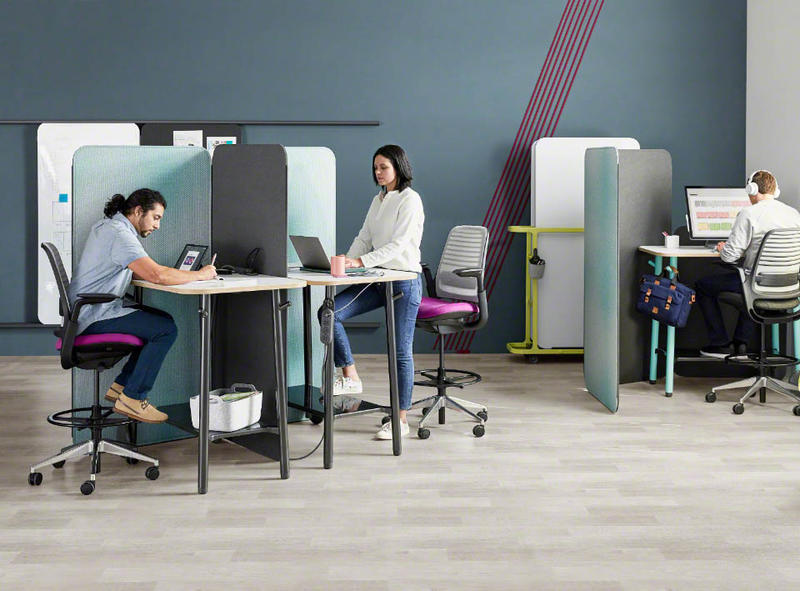 Each item in the collection can be ordered in a wide range of colors and materials.Courtesy of Steelcase

While the percent of time people spend working in teams has increased exponentially in the past decade (81 percent of the offices studied by Steelcase said they scheduled collaborative work), there’s still a need and desire to work solo. Privacy is increasingly rare in modern workplaces as open-plan spaces with less structure become the norm. “There’s a tension that we discovered in our research,” Moutrey says. “How do you create an environment that fosters teamwork but also allows for privacy when people want to work free of distractions?”

That tension inspired a set of dividers, available in varying heights and colors, which can be placed around the collection’s adjustable-height desks and can be easily folded down when they’re not wanted.

“This collection was created to give teams control over their space and how it’s used,” Cooper says. “It offers a level of autonomy in an office that is really unique. The idea of empowering the user is what drove the whole design process.”