Can luxury work on Amazon?

Love it or hate it, Amazon is one of a very small handful of companies that you simply can’t avoid—it’s too big to ignore. Even if you’ve never set up a Prime account or listed something for sale on Jeff Bezos’s marketplace, the world around you now runs on Amazon time. Design industry professionals may feel particularly aggrieved, as a century-long emphasis on craftsmanship collides with a generation of clients raised on free two-day shipping.

Despite Amazon’s ubiquity, there are still very few (if any) high-end design brands that sell on the platform. Are they missing an opportunity? To find out, Business of Home spoke with Laura Meyer, the CEO and founder of Envision Horizons, a firm that specializes in helping companies navigate the intricacies of Bezos’s world.

I had no idea Amazon marketing was a profession. How did you get into it?
I used to work for Amazon. It became very clear to me that brands were struggling a lot with selling on Amazon. I would have calls and their response would be, “That sounds great in theory, but I'm not spending a dollar until X, Y and Z is fixed.” 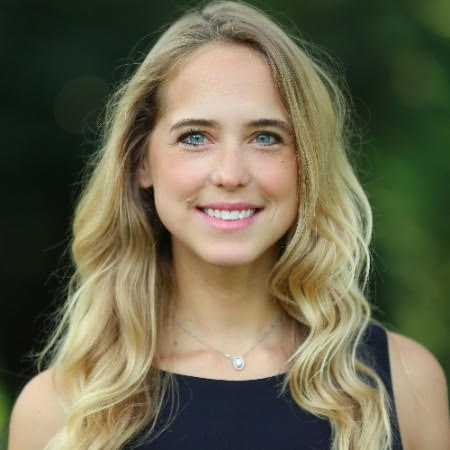 So you started a company that could answer those questions.
Right. In early 2017, I started Envision Horizons to help brands with all of the elements of their Amazon presence. It’s partially media buying with Amazon, but also we help them with their SEO strategy, the user experience and creative on their product detail pages, and a lot of the backend logistics.

It’s very easy to get bulldozed by the 10,000-pound gorilla that is Amazon. At this point, small, medium or even large brands can't beat Amazon—at least not in the next few years. So if you can't beat them, you have to join them. But you have to make it work for you. It’s shocking to me how many brands are selling on Amazon, and the only one making money is Amazon.

We cover the interior design industry, and one thing I hear a lot is that companies in our world don’t want to be on Amazon because it would hurt their brand. Can luxury work on Amazon?
When it comes to luxury products, the strategy on Amazon is very different. My response to the “stigma” of Amazon is that the new form of luxury is convenience. When I think of my own shopping habits, luxury is being able to order a product and have it delivered to my door in a quick manner.

[For the beauty category] Amazon is also rolling out “storefronts,” creating an enhanced brand concept—including video on your product detail pages. And when it comes to the fashion category, they're doing a lot to curate it. I think there will be a shift there.

Will a brand like Prada ever sell on Amazon?
Probably not their top-tier products. But there’s a possibility for them to sell $400 wallets instead of $2,000 bags. When it comes to the lower price tag items, it could be a great channel because younger shoppers are extremely Amazon loyal. As these luxury brands need to compete for those younger consumers, they need to start getting in front of them and having those gateway buys to their brands.

So there’s an opportunity there.
Especially for first movers. When I did some research, even a few months ago, the phrase “Gucci belts” on Amazon was in the top 1,000 searched items. If we start building relevancy on that term, the problem for Gucci is that if they decide three years from now that they now want to start selling their belts on Amazon, we're already going to be organically ranking on their branded terms. It’s going to take them a while to disrupt us even though they're the brand.

It’s like staking your claim in a gold rush.
There will be those products that should never be sold on Amazon. But when it comes to gateway products—those I think have tremendous opportunity. The evergreen products, those are what do really well on Amazon. Anything that is seasonal or super trendy, those aren't the top sellers.

It’s a question of, How can they position themselves in a way that they don’t get lost in all the noise of the cheap stuff?
Laura Meyer

What does it not make sense to sell on Amazon?
Price is a barrier. You want to try to keep things under $500 on Amazon … [But] I also think what the consumer is willing to spend in certain instances could shift. I'll be curious to see this luxury program for beauty, and if they end up doing something similar for fashion.

The luxury experience is only for beauty right now, but if it works, presumably Amazon will replicate it in other areas.
Yeah. They're going after Sephora and Ulta. Amazon is still a marketplace where basics and essentials do really well, but their algorithm isn’t lucrative for trendy items. For example, you can go to Amazon and search “men's blazer,” and you're not going to see like the hip blazers that you might see if you search on Nordstrom or Neiman and even Banana Republic. You're going to see the cheap Chinese-made blazers that have been listed on Amazon for three years.

Why is that the case?
That’s how Amazon's A9 algorithm works. It gives preference for legacy listings or older listings because there's more data on them. If a product has traffic and high conversion and it's still relevant to keywords that consumers are searching, it's going to show up higher on those various phrases.

When we help a client launch a new product, it can take anywhere from three to six months to ramp it up to a point where we’re seeing it rank in organic searches. Amazon's algorithm isn't going to just magically put you to the top.

It’s more like a search engine almost, than a marketplace. What do brands not understand about all this when they come to you?
There are a lot of headaches that are going to come up. For us, it's [about] being patient and understanding their perspective and educating them that if X, Y and Z happens, we can't just pick up the phone and call someone at Amazon to get your product unsuspended. There is a whole process and red tape that we have to jump through.

I assume that because you're a former employee, your clients are like, “Hey just call your friends at Amazon and take care of it!”
There are things that we do have direct lines of contact to, but there are certain things that no one does. There are groups at Amazon that are quarantined from everyone else. If something's wrong within those, well, we will help you deal with it, but it's not an overnight fix.

For a brand that is already on Amazon has already gotten their store up and running, what are some basic tips to maximize profit?
As a firm, we have graphic designers as part of our team because I think the visual storytelling component is so crucial. You have to think of the customer journey of searching for something. And if it's not a great image or it's zoomed out, the likelihood that they click on your product from the search results page immediately goes down.

What about product selection? Should brands just list everything?
We had a beauty brand where their model has been that they launch and then discontinue product—like a fashion company. We've advised them to not do that for their Amazon strategy. They had a product that was close to 60 percent of their total sales and they came to us one day being like, “Oh by the way, we've decided to discontinue this product.”

And we're like, “Whoa whoa—how about we make this an Amazon exclusive SKU? We need to keep this [online] because it has traction, it has proven success. And even if you launch a slight variation of it, we don't want to lose all of the reviews and the momentum we already have. We can then just add it as a variation to the preexisting parent listing that already is on Amazon.”

Amazon has a ton of its own house brands. Do you ever worry for your clients that if they get too successful, Amazon will just rip them off?
Well, if you have a commoditized product in the first place, that's a bigger overarching business issue. If you have a product that can easily be ripped off and you don't have a brand, then why are you in business? If Amazon's going rip you off, a thousand other businesses are going to rip you off, too.

Is there anyone in the home furnishings world who you think is doing Amazon right?
I haven't seen too many companies really break through within the category. There certainly are some. A lot of it is Wayfair-quality furniture though.

It’s that kind of thing, I think, that makes higher-end companies a little hesitant to sell on the marketplace.
What it ultimately comes down to is, if they think Amazon is not a good fit for them, then what is right? Because the average conversion rate on an e-commerce site is between one and two percent, and Facebook is only getting more expensive to acquire customers. How is it that these luxury brands are getting in front of consumers?

The opportunity is there for the brands that get it right?
It’s a question of, How can they position themselves in a way that they don’t get lost in all the noise of the cheap stuff?