Williams Sonoma managed to surprise Wall Street last week by reporting stronger than expected sales results for the final quarter of 2017. CEO Laura Alber began last week’s quarterly conference call with analysts by delivering a rousing message of optimism and confidence in the company’s prospects for the future. 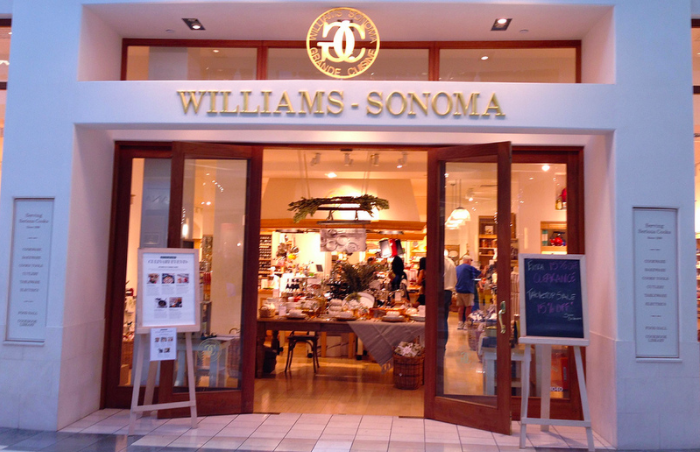 “We ended the year as one of the few retailers of our scale to consistently deliver sustainable top-line growth, bottom-line profitability and robust cash flow,” Alber said on the call. The company reported that for the fourth quarter of 2017, it earned nearly $96 million on revenue of $1.68 billion. For all of 2017, it earned $259.5 million on revenue of $5.29 billion.

Alber is considered by many in the industry to be among retail’s top operators. She finds innovative ways to grow a large-scale, mature business by constantly assessing the landscape, investing heavily in technology and online advertising.

She spearheaded the company’s recent $112 million acquisition of Outward, the 3-D imaging and augmented reality platform. Shortly thereafter, she hired away Macy’s chief technology officer Yasir Anwar to oversee the Outward transition as well as all technologically related aspects of Williams Sonoma’s business.

Alber is data-driven and dispassionate when it comes to analyzing underperforming stores. The company announced the closure of 19 stores last year, and Alber projects that as many as 80 additional locations will close over the next three years, unless the company can negotiate more favorable lease terms from landlords.

With such formidable competitors as Wayfair and Amazon, which seem less compelled than Alber to deliver a profit from their operations, can Williams Sonoma continue to find the cost savings and efficiencies necessary to stay ahead?

Williams Sonoma is a case study in how to navigate a complex retail market, while also growing a collection of brands—Pottery Barn, Williams Sonoma, West Elm, Williams Sonoma Home, Rejuvenation, and Mark & Graham—that are in different stages of their growth cycle.

The largest and most mature of these, Pottery Barn, with over $2 billion in annual revenues, returned to growth last year. Much of the credit for the turnaround belongs to the new Pottery Barn Apartment line. Smaller-sized sofa frames and less-expensive price points were introduced, while the line was slightly modernized, and more accessories were added to the assortment. The target was recent college grads and urban dwellers.

The company’s biggest growth engine continues to be its West Elm brand, which grew sales by 10.2 percent last year. West Elm overtook the Williams Sonoma brand in terms of revenue, surpassing $1 billion for the first time in its history. “As one of the fastest-growing, most profitable brands in the industry, West Elm has continued to deliver accelerating growth domestically and globally, despite very low brand awareness. We will continue to leverage the brand’s leadership in design to expand into new categories and in our emerging B2B and hospitality businesses,” said Alber on the call.

Nine new West Elm stores are projected to open in 2018, including its third store in the U.K., which opens this week. Albers has long stated that she is confident in the brand’s potential to reach $2 billion in the near term and to be the company’s biggest brand over time.

In addition to the stronger than expected sales numbers, William Sonoma announced that it would be raising its quarterly dividend by 10 percent and expanding its share repurchase authorization to $500 million.

Alas, none of this good news was enough to move Williams Sonoma shares out of the trading range they have remained in for the past two years. Wall Street traders remain unconvinced that Williams Sonoma has truly turned a corner. With such formidable competitors as Wayfair and Amazon, which seem less compelled than Alber to deliver a profit from their operations, can Williams Sonoma continue to find the cost savings and efficiencies necessary to stay ahead?

The company faces tremendous challenges, but I believe that great brands will ultimately triumph. Williams Sonoma is one of the best brands in retail today. They continue to build some of the most compelling stores in the industry and they are making massive investments in the technology that will transform how we shop for years to come. I wouldn’t bet against Williams Sonoma.