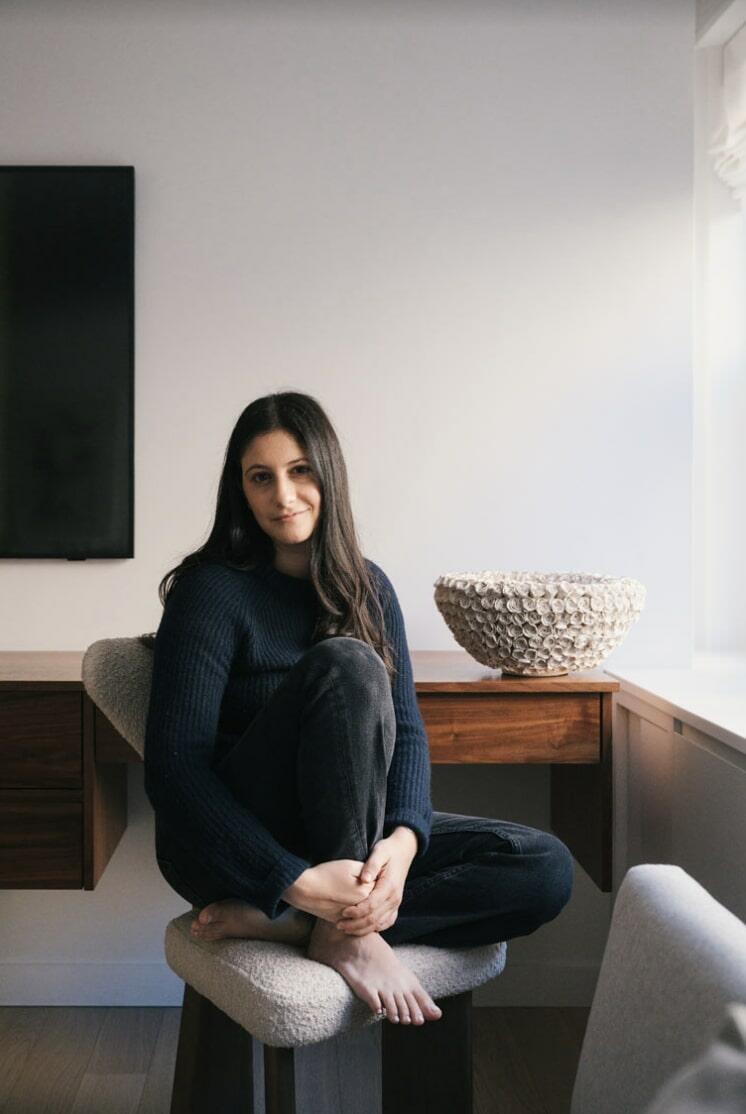 Shira Berg with a Rose bowl she designedMatt Dutile

For Shira Berg, art is more than a hobby—it’s escapism. “Ceramics allow me to express myself,” she tells Business of Home. “It provides a combination of stimulation, creativity and nontechnological sanity—and we all need a little bit of that these days.”

Though she serves as the associate vice president of New York–based public relations firm Autumn Communications, in her downtime, Berg hand-spins, sculpts and glazes bespoke clay pieces—most notably floral wall hangings and vessels. “I didn’t set out to sell my work,” she says. “It was an escape from the hustle and bustle of everyday life.”

Growing up in a suburb just outside of New York, Berg first fell in love with pottery as a teen before leaving it behind to study marketing at Syracuse University. However, after a tough breakup in 2017, she decided to channel her energy into something positive, signing up for classes at Greenwich House Pottery—where her studio is still located today. “My career has been to tell stories on behalf of my clients, and I use this mentality when I’m conceptualizing collections and commissioned pieces,” she says. “The story I want to tell may change along the way, but it’s how I decide on form and color.” 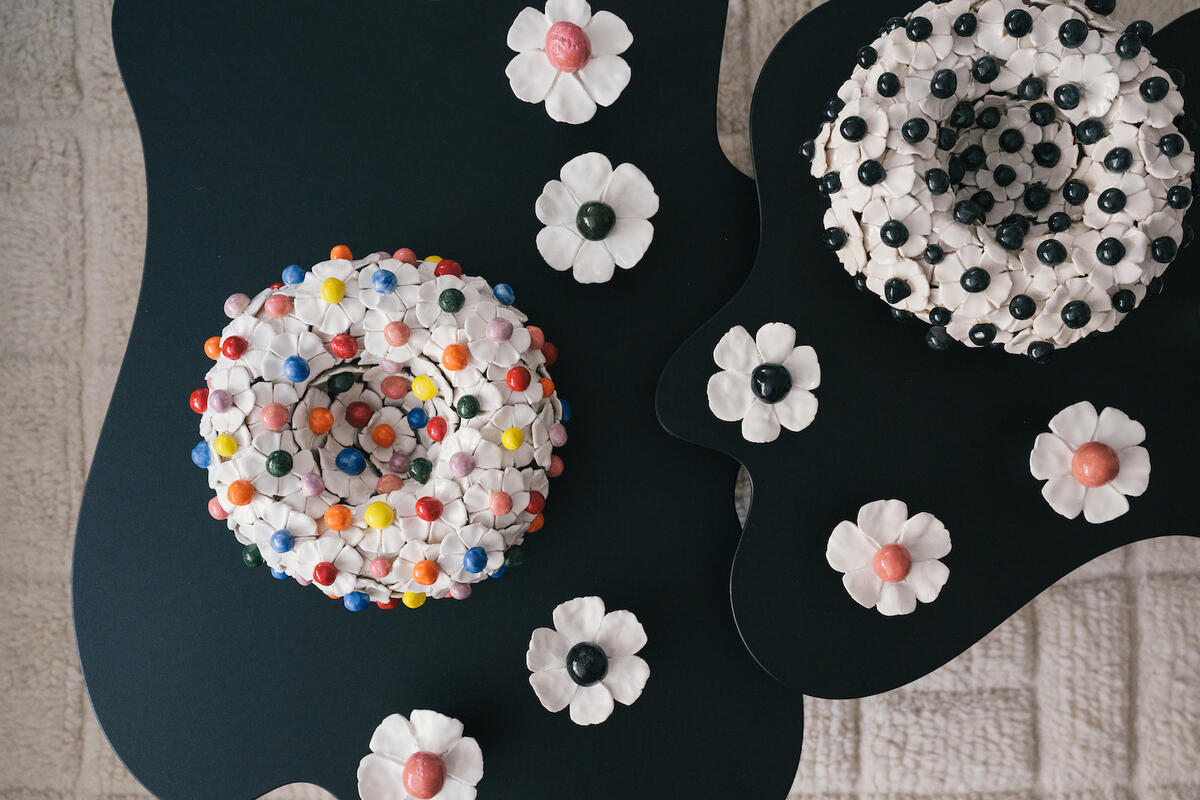 Berg crafts all of her ceramic confections by hand, a process that ranges from slipping and scoring clay to sculpting tiny rosettes and daisies. Her inaugural design, the Rose bowl, for instance, features a stoneware bowl bedecked in hundreds of miniature roses. “The Rose bowl was born of a ‘mistake,’” she says. I trimmed a piece of clay too thin and noticed that when it coiled, it resembled a rose.” She built prototypes from there, and the rest is history. “I get requests for them in all sorts of surprising and versatile colorways. They’re so elegant and fit in any space.” 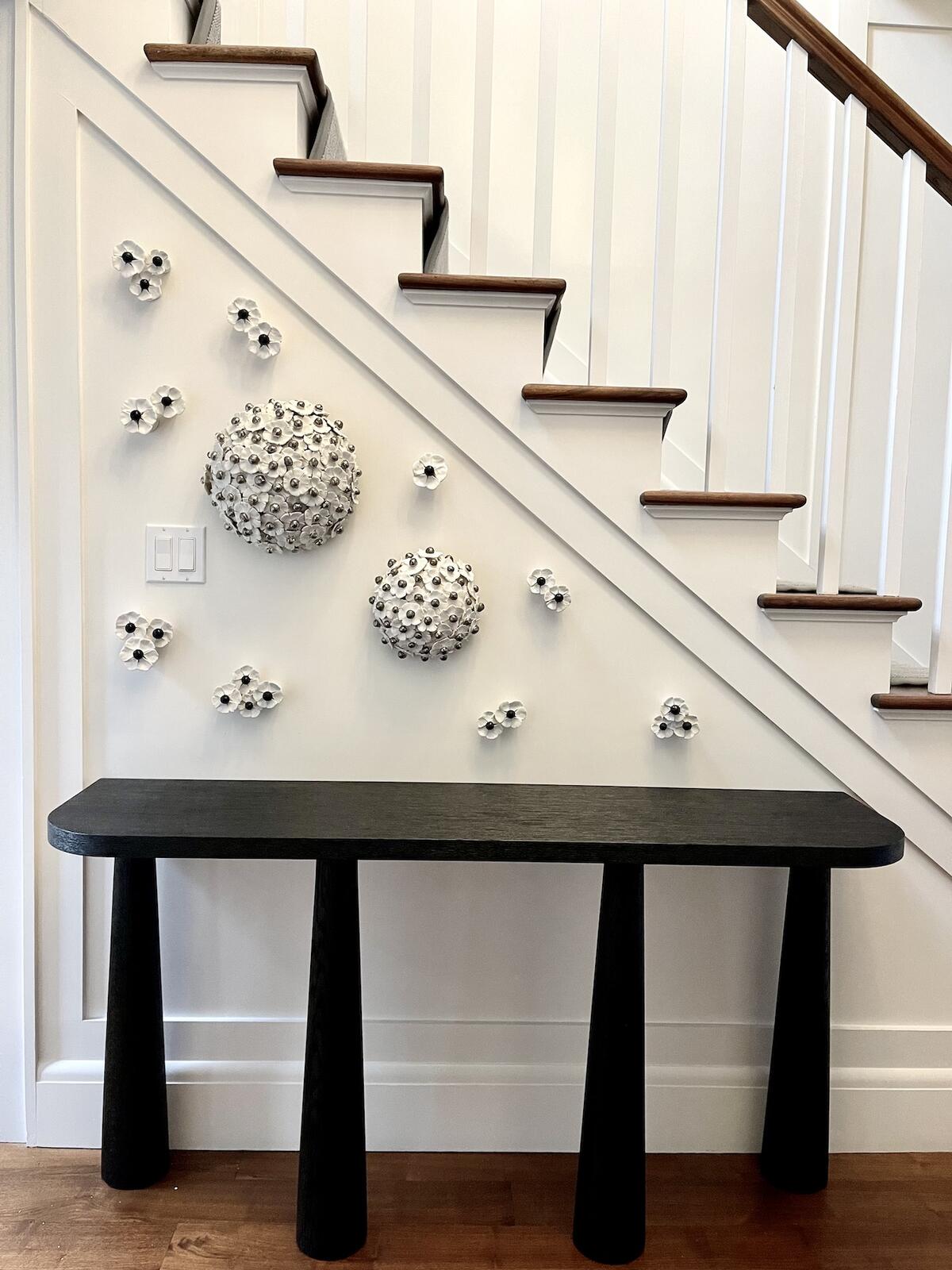 Her popular wall hang designs, which include an assortment of unadorned and botanical 3D ceramic shapes, came to fruition out of frustration. “A wall filled with flatwork drives me nuts,” she says. “I thrive off of dimension, texture and things that quite literally pop off the wall. That’s exactly what the wall hangs do—they add depth to a space.”

Form takes center stage in each of Berg’s creations, but color also plays an important role. “I’ve found some shapes lend themselves to neutrals and some do better in color,” she says. “I naturally gravitate toward black, white, gray, navy and army green, but after being commissioned for a rainbow-colored Daisy bowl for Pride Month, I’ve been leaning into brighter hues.”

Looking ahead, Berg hopes to collaborate with other like-minded artists and brands on future collections and pop-up shop-style events. She’s also begun experimenting with a new dimensional wall hanging design composed of bended wires. “My ultimate goal is to continue spreading inspiration—through my work itself, but also, as a reminder of the importance of having a hobby,” she says. “Because you truly never know where it will take you.” 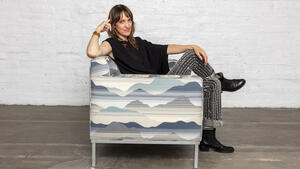