3-D printing, says Print the Future founder and CEO Neil Patel, is “the world’s biggest secret.” But it won’t be for long. His 3-D printing company, which specializes in furniture, recently filed for a Regulation CF (crowd fund) with the U.S. Securities and Exchange Commission, meaning it’s now open to crowdfunding investors—and there are many designers among Patel’s crowd. His company Kabuni, which is now owned by Print the Future, is a 50,000-designer-strong digital platform that helps designers and makers create 3-D-printed home goods.

“The reason we selected [regulation crowdfunding] is because we have 50,000 interior designers on our platform. We felt it was a great opportunity to get early adopters into our plan, not just as customers but as investors,” Patel tells EAL. It is essentially a new way to raise capital. 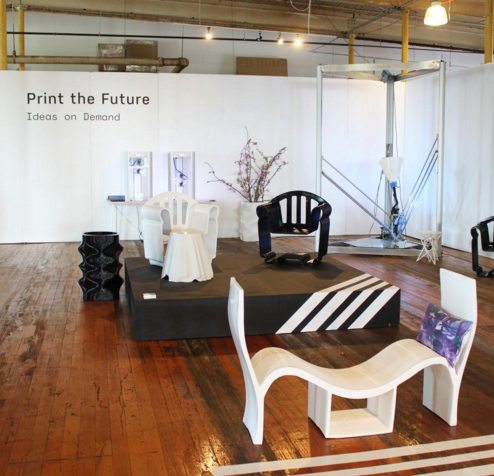 In April, Print the Future became the first, and so far only, 3-D printing exhibitor to attend High Point Market.

What does this mean for designers? The public offering will welcome potential investors, including designers, engineers, architects and others, to purchase shares of Print the Future common stock at $7 per share, with a minimum investment of $500. Shares are available for purchase through the company’s website.

“We are at the forefront of the 3-D printing space and have an ambitious vision for the future of our company as well as the industry. What Starbucks is to coffee, Print the Future will be to 3-D printing; synonymous with its product. The goal is to make 3-D printing technology and design as experience-focused and expansive as the coffee chain,” says Patel.

The company has plans to eventually open 200 brick-and-mortar stores, where “both amateur and professional designers will be able to design and print completely unique objects to fit their spaces—and if it doesn’t fit, or if their tastes change, the object can be melted down and turned into something new.” The first of four brick-and-mortars to open next year will open in New York. 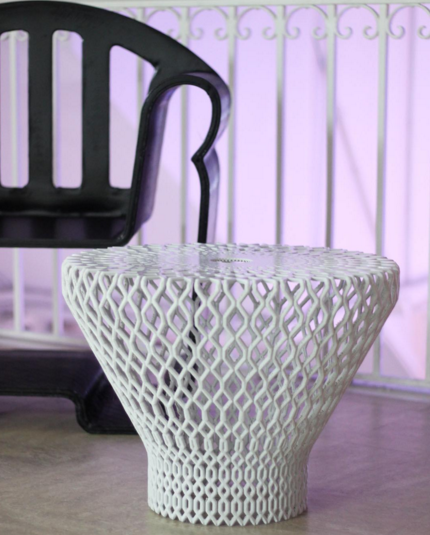 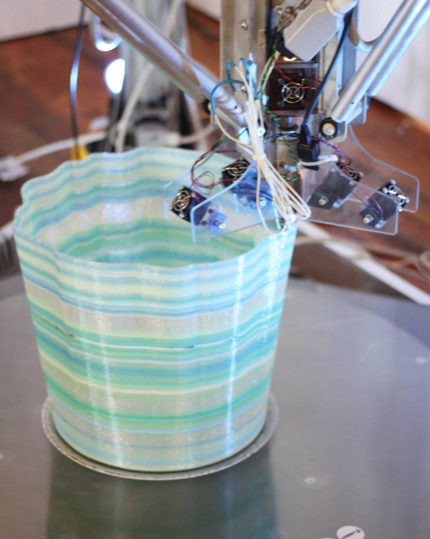 Print the Future made its High Point Market debut this past April at Mill Village, a historic textile mill that has been restored to LEED standards, as the first 3-D printing company to exhibit at the market. Patel and his team are actively seeing designer collaborators for a 100-piece collection, entirely 3-D printed, to be exhibited at this October’s High Point.

Though Print the Future is now parent company to Kabuni, the site founded by Patel in 2013 as a furniture platform targeting designers, its origins are with Kabuni: Patel changed direction when “we quickly learned that designers wanted custom furniture.” Kabuni’s strong designer audience will serve as the brand that will help scale Print the Future.

The company has plans to eventually open 200 brick-and-mortar stores, where 'both amateur and professional designers will be able to design and print completely unique objects to fit their spaces—and if it doesn’t fit, or if their tastes change, the object can be melted down and turned into something new.'

Print the Future is actively recruiting designers, and Patel says the benefits for them are numerous: For one, they receive royalties for sold pieces. But it’s also an opportunity to be a part of something bigger. The first group of designers aboard the 3-D printing train will be remembered as part of the point at which 3-D printing “went from nerdy to trendy.” 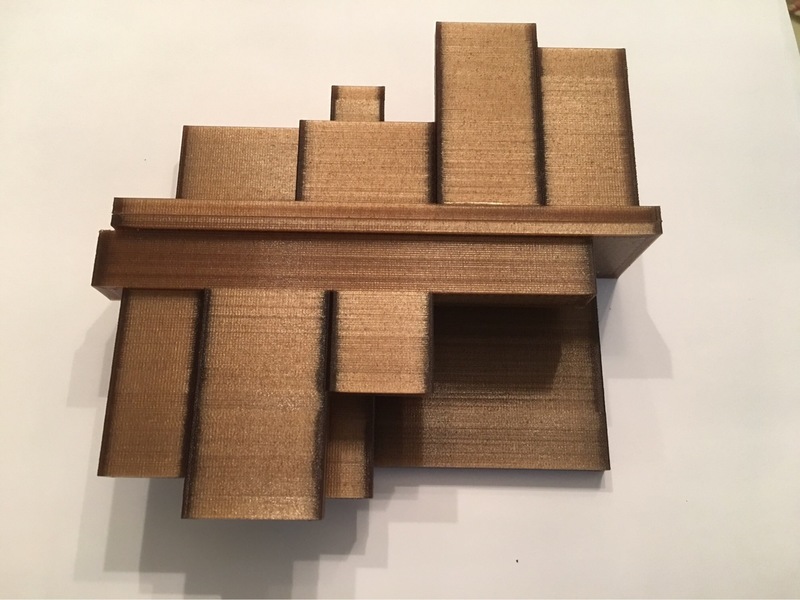 Drew Veloric, proprietor of DVent LLC, stumbled upon a pop-up held in New York by Print the Future and soon after saw one of his own design dreams come to pass. He and a friend wanted to create "an ironic rendering of the Manhattan Coffee Table by one of our favorite designers, Roderick Vos," using an aromatic coffee material known as filament. "[T]raditional manufacturing would use plywood-oak, and typical 3D printing companies rarely allow you to supply your own filaments regardless of whether it's derived from wood or coffee, so naturally we were happy that Print the Future was open to working with 3DFuel to incorporate the [filament] by partnering with us. ...3DFuel and Print The Future's team were able to bring our concept of making a coffee coffee table, to reality."

Being ahead of the curve is one perk but creativity the likes of Veloric's is another. “3-D printing will help bring design concepts to the market that would not have been imagined before,” says Patel. Without the constraints of traditional manufacturing, with the inherent costs of production, maintaining inventory, managing distribution—and the list goes on—he says, “you can get so creative with the design. We’re going to see a new breed of furniture that’ll just blow you away.”