Supernatural fabrics are the focus of Bard exhibit

Bali is making the headlines these days—and not just for the oft-Instagrammed retreats everyone seems to be attending. An upcoming exhibit at the Bard Graduate Center, “Fabricating Power With Balinese Textiles,” will focus on an array of pieces sourced from collections in the United States, among them examples from the American Museum of Natural History (AMNH) collected by famed anthropologists Margaret Mead and Gregory Bateson during their fieldwork. At the heart of the exhibit? The fabrics’ deep meaning and supernatural powers. 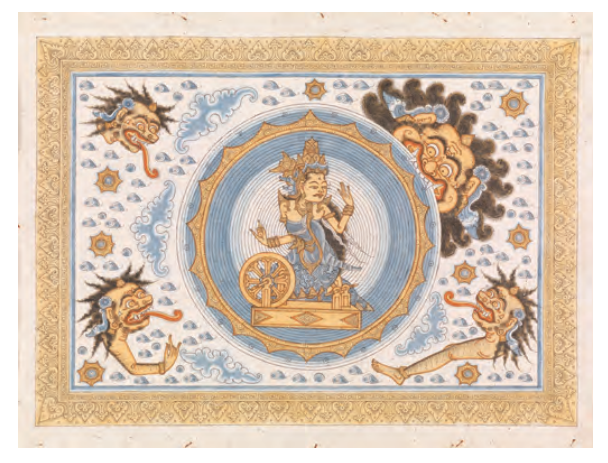 The exhibit spans three sections: Beliefs, Offerings, and Life Ceremonies, and focuses on the importance of weaving on Balinese culture. As Bard points out, “The spiritual value that the Balinese place on cloth reinforces the importance of weaving as an act that generates power. The selection of materials, technique and design are all related to Balinese Hindu and animist practices. Some fabrics are even believed to have magical powers that mediate invisible forces.” 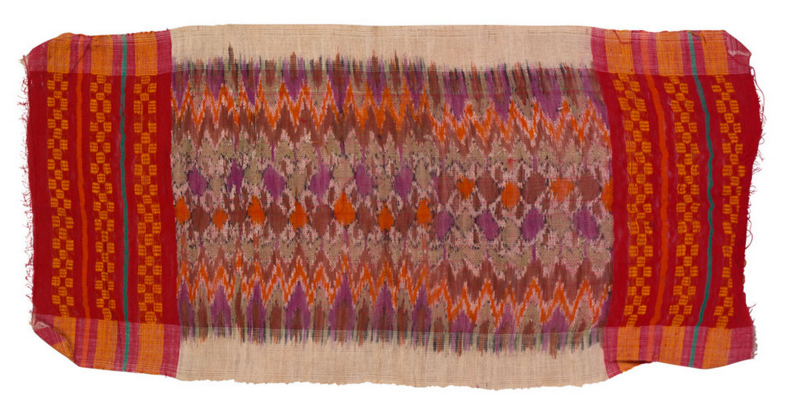 Fabric from Bali, Indonesia, collected by anthropologist Margaret Mead; on view in the exhibit. Courtesy the Division of Anthropology, American Museum of Natural History.

“My research focuses on objects as a way to understand people and their religious beliefs and cultural values,” Mohan explains. “In Bali, religion is a relationship embodied and enacted in human connections with the invisible divine (or demonic) worlds.” The power that she says the exhibit explores is “how textiles are used within a unique Balinese Hindu cosmology that is a combination of animist, Hindu and Buddhist practices.”

A ceremonial cloth from Bali made of cotton, dye, double ikat; courtesy the Division of Anthropology, American Museum of Natural History

Mohan says that though “the spiritual power of these textiles is very much in use even today,” it’s also key to “acknowledge that weaves, dyes and patterns are changing and traditional knowledge is lost, and therefore a resurgence of interest in these issues (and to the actual processes by which textiles are made) is very much a sign of our times.” Cloth plays a role in Balinese society, she says, “mediating the movement of substances, both visible and invisible, between the internal and external.” Two examples that reflect the spiritual nature of cloth in Balinese culture include the practice of weaving, as well the ritual of wearing “specific fabrics with magical powers” during the tooth-filing ceremony, which marks the movement from childhood to adulthood.

Were there any surprising findings? Mohan shares, “Balinese textiles were in places where I least expected them. The Cooper Hewitt has some very nice pieces and the Brooklyn Museum has a significant collection that still needs further research. There was also serendipity when I visited the Library of Congress to look at the Mead Ethnographic Archives and stumbled on information that led me to a trove of amazing black-and-white photos taken by Gregory Bateson in the late 1930s.”