Arper, which produces home and contract furniture, has joined Guggenheim Intrapresæ, a group of companies that support activities and exhibitions at the Peggy Guggenheim Collection in Venice, Italy. 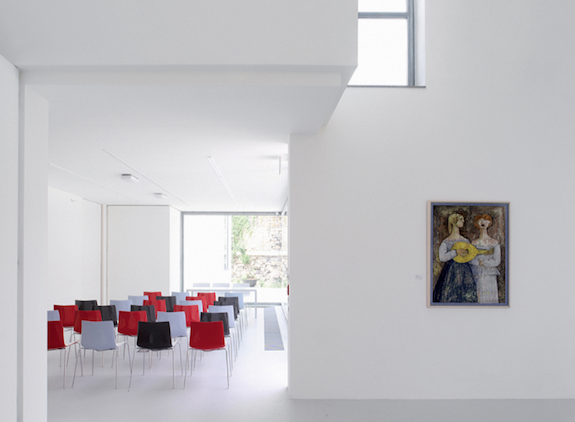 Arper supplies chairs for talks and events at the Peggy Guggenheim Collection.

“By joining the group Guggenheim Intrapresæ, we want to contribute to the culture and the common good of civil society with a concrete gesture, as I am convinced that our actions are influenced by and affect all that is around us,” says Claudio Feltrin, Arper’s president and CEO. “We have always believed that companies must be socially responsible. For Arper, being invited to this prestigious network was very important, so that we can actively contribute to the dissemination of knowledge and culture, which are the basis for building a better society to live in, now and in the future.”

Guggenheim Intrapresæ is a private Italian sponsorship project founded in 1992 as a partnership between the Collection and companies that “share a passion for art and believe in investing in culture.” Today, the group is made up of 22 companies known for cultural and social responsibility projects.

“Peggy Guggenheim was one of the most charismatic figures in the history of 20th-century art collecting, a great promoter of the art of her time,” says Philip Rylands, director of the museum. “Her innovative, forward-looking and eclectic spirit inspires today all those companies that have chosen to embrace her vision and be associated with it, thereby enhancing the enjoyment of the art of today and tomorrow.”