Jiun Ho may have been born in Malaysia and have lived in the U.S. for decades, but his spiritual home has always been Japan. The designer last visited the country in February 2020, just before the pandemic brought globe-trotting travel to an unceremonious halt. “I came back to San Francisco and the door shut behind me,” he says.

The very first time he went to Japan, he was all of 9 years old. “My parents promised that if I got straight As in school, they’d take me,” recalls Ho. Memorably, the family’s arrival dovetailed with the 1983 opening day of Tokyo Disneyland—a candy-colored dream come true for most kids. But his interests, even then, skewed less ephemeral pop, more enduring craft. “I was fascinated by the culture, the history, the attention to detail, the aesthetic,” he recalls. “It changed my entire world, and planted the seeds that would lead to me becoming a designer.”

Ho launched his eponymous design firm in 2000. To mark the company’s recent 20th anniversary, he turned again to his first love, Japan. The designer’s current collection of furniture, textiles and lighting, JHVI, draws inspiration from five Japanese regions near and dear to his heart: the “art island” of Naoshima; the picturesque fishing villages of Ise-Shima, where pearls are plucked from the sea; Kanazawa, known for its lacquerware, ceramics, historic gardens, and samurai and geisha districts; Kyoto, which he describes as the “mecca of traditional Japanese culture”; and, in neon contrast, Tokyo, the ultramodern metropolis offering surprises on every street corner.

“These are the places I gravitate to again and again,” says Ho. “They’re where I feel most at peace.”

The JHVI collection promises to bring that same serenity, balance, and style—along with a touch of wabi-sabi—into any designer’s project. The many asymmetrical handles on the strikingly graphic facade of the Omote cabinet, for example, subtly reference the artworks of Isamu Noguchi. The Horai coffee tables, meanwhile, feature a curvaceous, natural-edged top made from 12 layers of organic lacquer set on a base carved from a single piece of black marble. “It’s from natural tree sap,” Ho says of the lacquer. “The meticulous layering process results in a sheen that’s between a matte and a gloss—it’s almost like a satin finish.” The longer the piece is in use, the more the patina builds up. 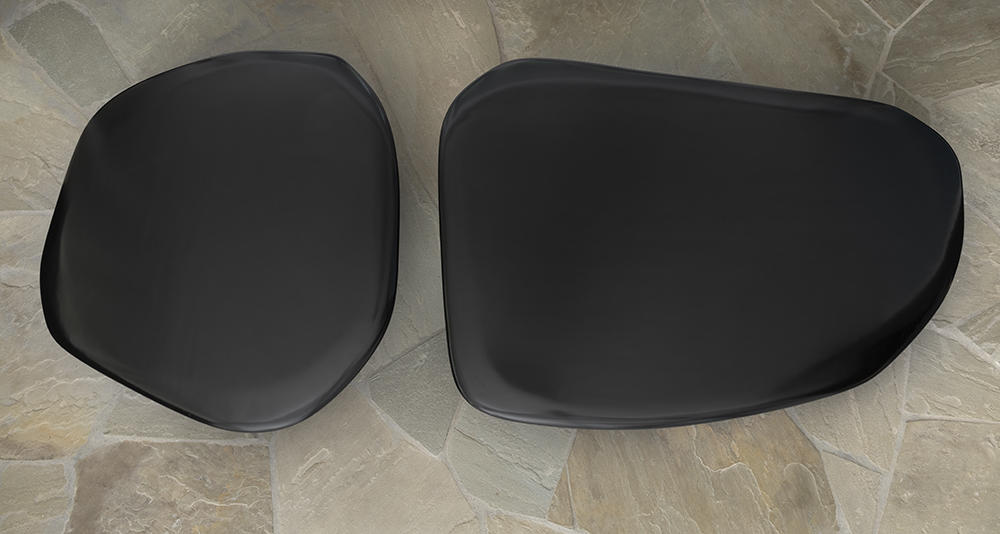 The Horai coffee tables by Jiun HoCourtesy of Jiun Ho

The Kiyomizu dining table, inspired by a Kyoto temple with intricate woodwork utilizing almost no nails, “has a really small finger-joint detail,” says Ho. “The end product looks so simple, but it’s quite complicated to manufacture.” Another table, the Torii, tips its hat to an iconic motif found throughout Japan: the gateways marking the passage from the mundane to the sacred at Shinto shrines. And the Omikuji coffee table takes its name from the fortunes written on strips of paper, then knotted around the branches of trees at Shinto shrines. An angular abstraction of these paper wishes forms the top of the table, while the glass base—echoing Hiroshi Sugimoto’s ethereal staircase at the Go'o Shrine in Naoshima—mimics the tactile, translucent surface of glacier ice.

The tables are among the designer’s personal favorites, but the collection also features a clean-lined sectional sofa, a bed in homage to acclaimed Japanese architect Tadao Ando, a pendant light that brings to mind a burst of flowers, and contemporary lamps that evoke traditional Buddhist temple lanterns. All the pieces in the collection combine the practicality of furniture with the pure beauty of sculpture. “Art shouldn’t just be a painting that hangs on the wall,” says Ho. “People should be able to interact with it every day.”

Considering the craftsmanship that infuses each item, these are investment pieces. The collection’s accompanying textiles celebrate the same qualities at a much more accessible cost. Materials range from nubby cottons and bouclé blends to organza-ensconced linens and fuzzy mohair wools, all rendered in complex yet subdued palettes. The color names alone conjure up Japanese imagery: Bonsai, Daikon, Mochi and Jade. The soft yellows and oranges of the Geisha Sakura embroidered jacquard delicately convey the flowering of cherry blossoms. “Some are performance fabrics; some are reversible,” says Ho. All are readily available stateside.

“Obviously, our industry is going through major supply chain problems right now,” the designer says. “But the good news is, in addition to our fabric inventory, we can fulfill most orders for furniture in the standard sizes and finishes.” Custom items, made to order in Japan, will understandably take a little longer.

Future collections will continue to reinterpret the richness of Japanese culture for modern decor. Ho hints that he’s collaborating with a local Bay Area artisan to create new designs that will incorporate the heavy glaze and textural imperfections of raku ceramics. And as soon as possible, he plans to return to the source of so much of his inspiration. Fingers crossed, he’ll be back in his beloved Japan this January.

This story is a paid promotion and was created in partnership with Jiun Ho. 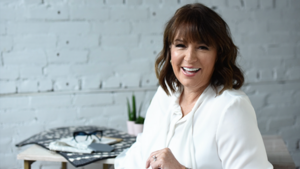 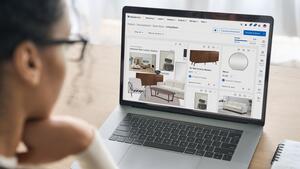 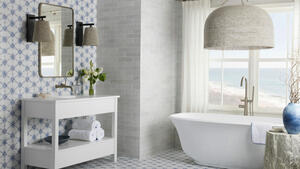 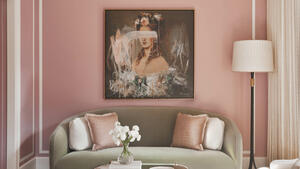