A year following the death of Los Angeles–based drapery designer Eric Soroe, a community of friends and designers—led by Soroe’s partner, landscape designer Jerry Galanti—has rallied on his behalf. Soroe, who died in November 2016 of stage IV cancer, had often spent time in the Stewart Rose Garden at Providence Saint John’s Health Center in Santa Monica, with Galanti. After Soroe died, Galanti formed a GoFundMe campaign to raise money to purchase benches for that garden in his memory. 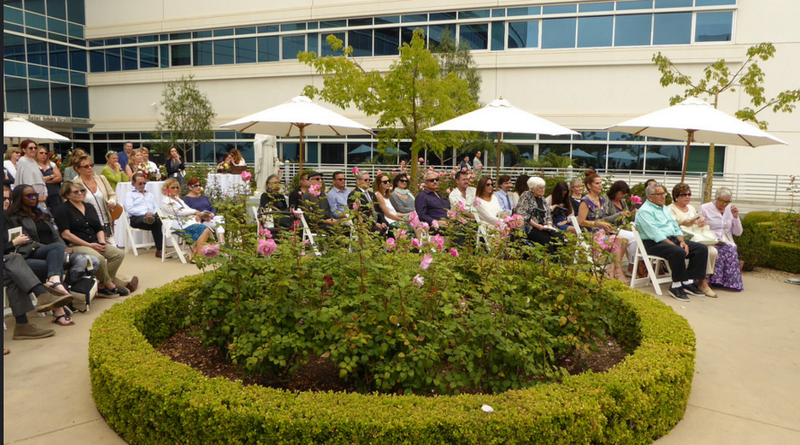 Bench dedication, held in June at the Stewart Rose Garden

Six cement Currey & Company benches in total, funded in part by the online campaign as well as from additional donations raised by friends of Soroe’s, were donated to the hospital. “The hospital loved the bench I presented and selected so much,” shares Galanti, that additional benches were purchased for the hospital entryway.

To dedicate the benches, a memorial gathering in June at the Rose Garden hosted 100 guests with music provided by L.A. band Homenaje, which Soroe and Galanti listened to between treatments. In his dedication, Galanti shared, “We can all continue to embrace his joy and generosity of spirit, and remember that lasting, unforgettable mark he made on many lives near and far. I know he is with us today in our hearts, our minds and hopefully, even holding our hands, as he and I did many times out in this garden. I hope these benches and this beautiful rose garden will offer comfort to many others here that are in care, to those who are visiting and to the many staff that work so hard every day.” 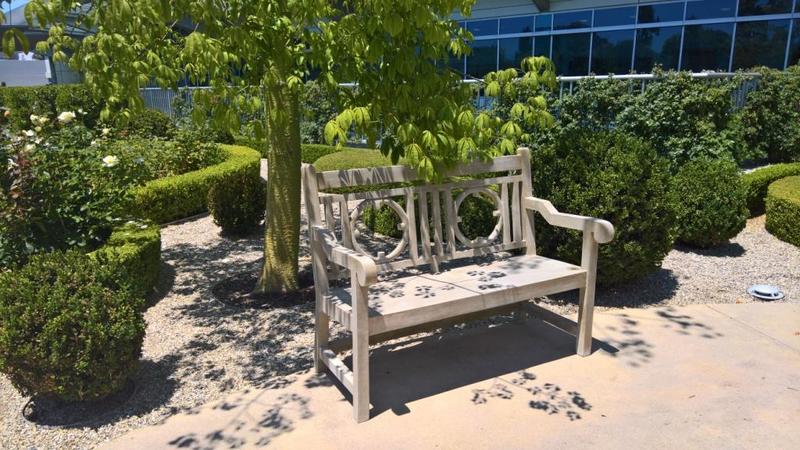 One of the benches

Galanti continued, “Our wish is that everyone that steps into this space can find moments of their own peace, quality time to share thoughts and wishes, to find more reasons for appreciating the people around them, and to gain gratefulness for the support, the healing and love in their lives.”

The hospital’s development office, Galanti tells EAL, is interested in creating a remembrance campaign program to allow others to donate benches in honor of loved ones.

Irene Bristol, RN, development director at the hospital, later wrote to Galanti, sharing, “We all look and walk among the roses and cherish the benches that you made happen. We see our staff and patients now sit outside and enjoy the day, and you made this happen, my friend.” 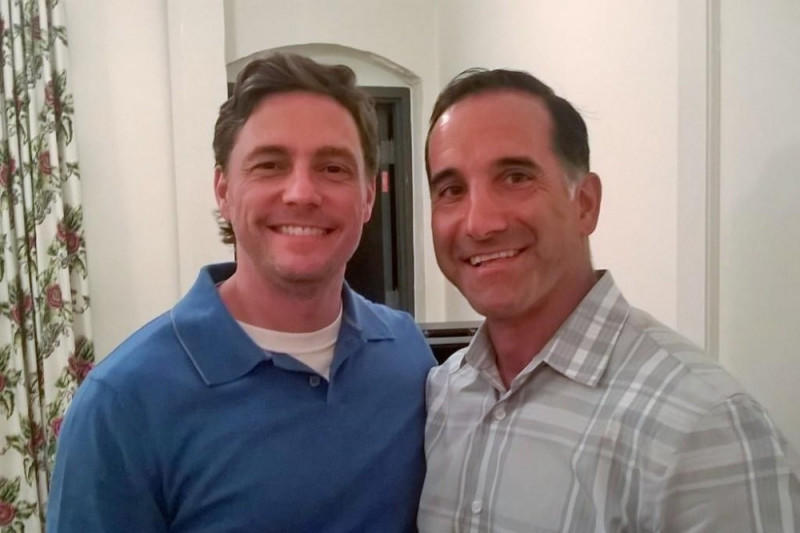 “We did not know Eric Soroe, but were honored that his partner, Jerry Galanti, a landscape designer, has selected Currey’s Leagrave Benches for Eric’s memorial garden,” Currey & Company, which produced the handmade benches, tells EAL.

Galanti has raised $11,826 of his $30,000 goal—set at that amount in order to reach the hospital foundation’s minimum—and plans to continue the campaign to raise the remaining funds for a piece of needed equipment for the cancer unit.