By Caroline Bourque and Lizzy Reisinger

In the wake of the hurricane, residents have filed a record-high number of insurance claims for property damages. The scale of the destruction was massive, with private insurance companies facing the highest payouts—expected to reach $67 billion, according to catastrophe modeling firm RMS—since Hurricane Katrina hit in 2005. In Florida, Ian is now the most expensive storm in history to hit the state, costing twice as much as 1992’s Hurricane Andrew, which bankrupted some insurance underwriters and inspired others to exit the market entirely. Now, an even larger exodus of insurers may be on the horizon again in Florida.

The trend is already taking place in states like Louisiana and California, where the high risk of climate-change-related disasters like violent storms, flooding and wildfires has pushed insurance companies to reduce coverage as their losses continue to climb. Insurers pulling out is harmful to any state’s economy, but in Florida, where the economy relies so heavily on real estate and construction, it’s an existential threat. The loss of insurers produces a domino effect: Banks won’t grant a mortgage to a homebuyer without insurance, and without a mortgage, most buyers can’t purchase a home.

The uber-wealthy will enjoy some protection from this phenomenon. Designer Caroline Rafferty, who is based in Palm Beach, Florida, says the danger of an insurer exodus simply doesn’t apply to most clientele in her area, who instead rely on cash deals to secure new properties and can pay for damages directly. “I would say it would probably affect the mid-range market and below—I don’t know yet about the luxury market,” she says.

But though the affluent may not be as directly affected, a mass exit of insurers could have a ripple effect on the state’s economy, cooling down the housing market or sending premiums through the roof. Both would have an impact on designers’ businesses. Simply put: The more money that’s spent insuring a house, the less there is left over to decorate it.

According to Pensacola, Florida-based designer Cheryl Kees Clendenon, residents in the state are bracing for Hurricane Ian’s impact on their insurance costs. In the wake of natural disasters, she says, it’s common that risk coverage goes up for contractors—which translates to a one-time expense increase on a design bill. The costs of rising home insurance, however, could have a much greater impact on homeowners who fear their homes are not adequately insured for future disasters. “I’m assuming the risk policies for the contractors are going to go up because they usually do, but that is not as big of a deal as the [costs for] homeowners,” she says. “Now we’re all scared.”

In particular, she says, the cost of wind insurance in the state has climbed uncomfortably high. She cites the example of friends who own smaller, older homes, and who are paying $8,000 to $9,000 a year—a hefty bill for, say, a 2,000-square-foot bungalow. Instead of paying the premiums, she’s noticed that homeowners are increasingly opting to pay out of pocket for potential damages (a practice she’s even taken up with one of her own properties). With the high risk of flooding for beachfront properties driving premiums up across the state, that strategy has also become popular among homeowners who don’t live in direct flood zones and are willing to gamble that the next storm won’t make it to their own doorstep.

For now, the full effects of Hurricane Ian’s impact on insurance in Florida remain to be seen. Providers are still tabulating their final bill, and the state government has not announced whether it will seek to further subsidize the insurance market with taxpayer money, as it did in the wake of Hurricane Andrew. Those in the midst of construction or renovation projects right now already have mortgages and insurance squared away. If this is a crisis, it’s a slow-motion one, likely to play out in the years, not weeks, ahead.

Miami–based designer Eilyn Jimenez says that despite the rising costs of insurance, homeowners are staying relatively put—and even continuing to move into areas like Fort Myers, which was hit hard by Hurricane Ian and by storms in years past. 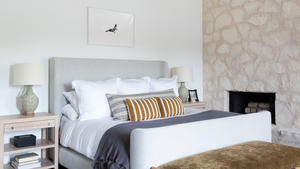 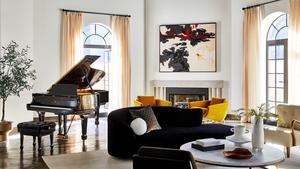 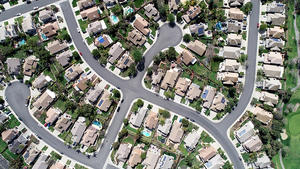 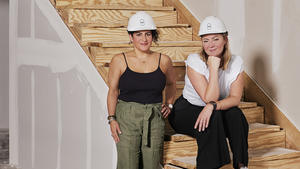 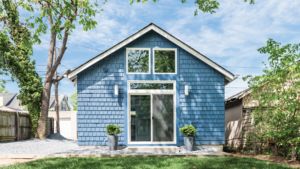 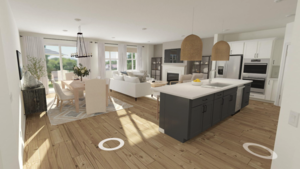