Though it shuttered its doors in 1933, the Bauhaus lives on in our dreams, our hearts and, most importantly, in our education. To celebrate the legendary German design school’s centennial, Harvard University is currently showcasing works in the new exhibit “The Bauhaus and Harvard,” open daily for Boston Design Week through Sunday, April 7.

The Bauhaus and HarvardKaren Philippi, president and fellows of Harvard College.

Founded by Walter Gropius in 1919 in Weimar, Germany, Bauhaus—which translates to “building house”—united all arts in one school. Its life was shortened by the Nazi regime, but though the school closed in the early 1930s, its ideas still have impact today (hence why we celebrate Bauhaus’s centennial across the world). “The success of Bauhaus furniture … is that it has become so ubiquitous as to be invisible—so reassuringly familiar, it blends into the background,” wrote The Guardian’s architecture and design critic, Oliver Wainwright. “The Bauhaus continues to influence every aspect of our lives in ways we don’t even notice, from the fabric covering the seats of the tube to bookshelves, kitchenware, road signs, cutlery and fitted kitchens.” 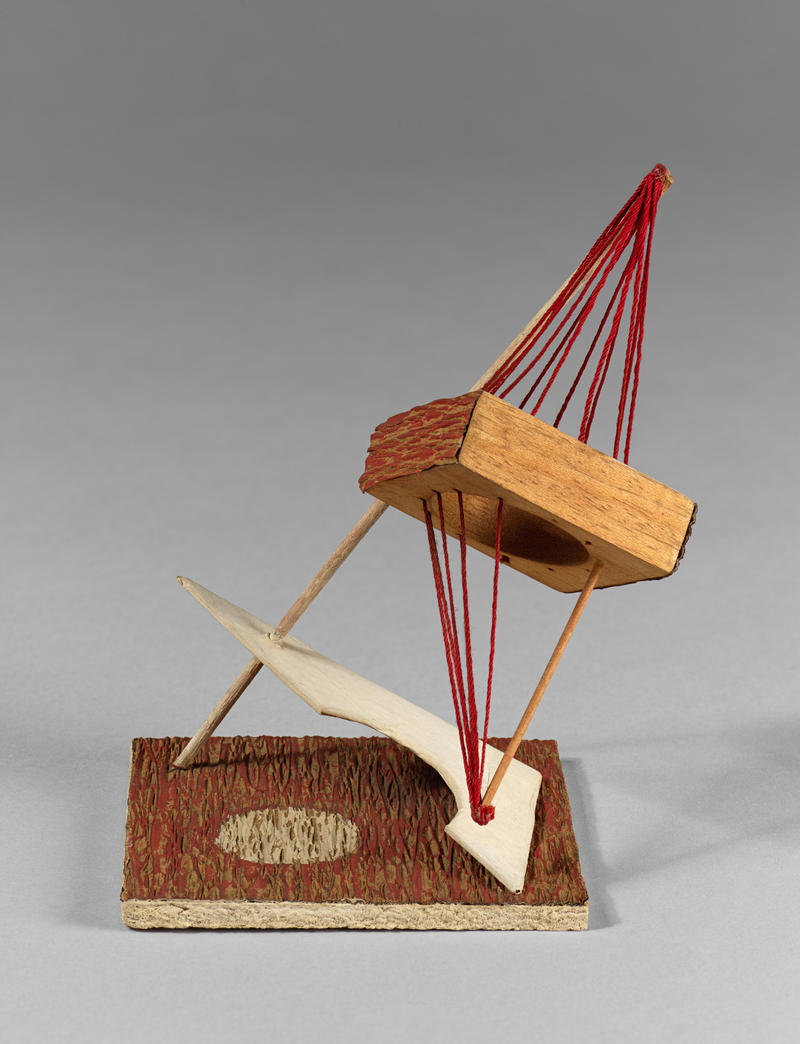 For Harvard’s exhibit, research curator Laura Muir began with a list of 400 objects and narrowed it down from there. “I wanted to give visitors a sense of the breadth and depth of the collection, but also highlight important strengths, such as materials related to Bauhaus pedagogy, the weaving workshop and the domestic interior,” she tells Business of Home.

In total, the exhibit features nearly 200 works from more than 70 artists, including textiles, paintings, photographs, furniture and archival materials from the Busch-Reisinger Museum. Muir points designers toward the domestic interior and furnishings section—which has objects from the Weimar and Dessau Bauhaus buildings, as well as interior shots by Lucia Moholy and ads by Herbert Bayer, “which help illuminate the original context in which these objects were created, marketed and used,” explains Muir.

Those who’d like to learn about the Bauhaus weaving workshop can explore its wall hangings and utilitarian fabrics. Other notable works on view are Bayer’s mural “Verdure” and Hans Arp’s “Constellations II.”

Muir believes the Bauhaus is still relevant today because of the way it brought together art, architecture and design. “It was multimedia, it was multidisciplinary, and it was attempting to eliminate hierarchies between fine and applied art,” Muir says. “There are also the aesthetics associated with it: clean lines, geometric shapes. Even 100 years later, the Bauhaus seems very forward-thinking and pioneering—a lot of artists and designers are still drawing inspiration from that.”

Muir specializes in European modern art and the history of photography; prior to her current position as research curator for academic and public programs at Harvard University, she worked as the assistant curator of the Busch-Reisinger Museum, home to the largest Bauhaus collection outside of Germany. The centennial celebration exhibit built on Muir’s experience with that, as well as her last exhibit, the first devoted to the photographic work of former Bauhaus master Lyonel Feininger.

“I also hope to demonstrate that it’s not just a collection of masterworks, but masterworks that can be put into conversation with related materials that we don’t often have a chance to show in our permanent collection galleries due to factors such as light sensitivity,” says Muir. “In this way, we’re emphasizing its role as a research archive and study collection. It was established with the intention that it would be a resource for students—future artists, architects and designers. And it is still in active use today.”