Witmer, who joined the brand in February 2017, was credited with "profoundly restructur[ing] and refocus[ing] the corporate and commercial organization, with a focus on customers, partners and employees," according to a release shared by the company. In his place, Andrea Rubelli, chairman of Donghia, will resume the role of president and CEO. "Rubelli and Donghia ownership will continue to support these changes and investments and wish Witmer all the best in his future endeavors," the release also noted.

Rubelli tells EAL, “Jonathan has significantly contributed to restructuring the corporate and commercial organization. With this foundation we are well-poised to further what Donghia does best: original textile and furniture design, and being a top resource and partner to the design community with our breadth of brands.” 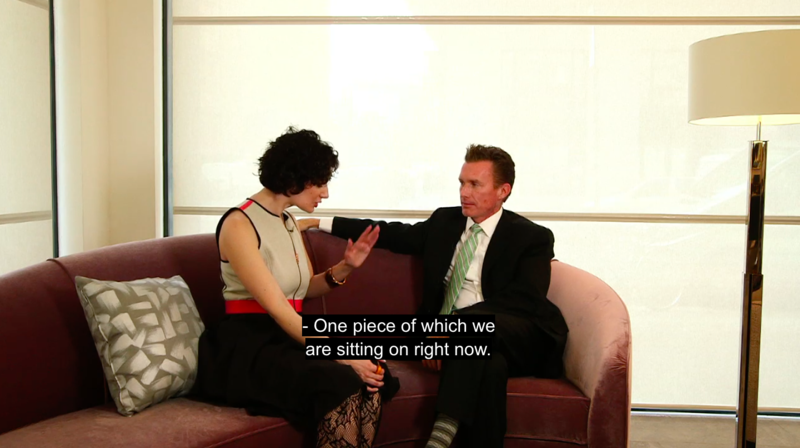 In an interview with Fabrics & Furnishings International late last week, Rubelli noted a number of challenges to the interiors industry, including design center rents outpacing the foot traffic to showrooms, cost of salespeople and of digital marketing budgets, and restricted resources for consumer outreach, among other difficulties. “These are in essence the challenges I’ve been noticing in our decorative fabrics industry more and more lately, resulting in mergers, acquisitions ... Every company has a different recipe of facing these changes, and certainly Donghia has adopted a precise strategy that I will be carrying on over the next few months.”

Prior to his tenure at Donghia, Witmer had worked at Waterford, Wedgwood, Royal Doulton, where he was responsible for a selection of the company’s global luxury businesses, including hospitality and contract businesses as well as OEM manufacturing; at Bausch & Lomb, where he worked on Ray-Ban, Consumer Healthcare, Beauty Care and Vision Care; and Citigroup. Upon his hire last year, Rubelli remarked, “Jonathan is an experienced and skilled executive with significant operational and commercial experience across a wide variety of businesses and global markets. And with a sharp vision from outside our industry, an understanding and passion for our business, and strong people and team building skills, Jonathan will be the full-time leader that Donghia deserves.”