Designing the gig economy: How WeWork is bolstering the home industry

At this point, calling WeWork a startup feels a little tongue-in-cheek. The international co-working enterprise now boasts 701 locations in 28 countries and 121 cities, with the promise of more coming soon. It’s valued at $47 billion and has even garnered a spoof (featuring a knock-off venture called “SheWork”) on Comedy Central’s late, beloved Broad City. It’s less of a startup now and more of a force of nature. To build out those hundreds of spaces, WeWork has amassed an equally behemoth design department, employing a whopping 270 architects and 240 interior designers at last count. 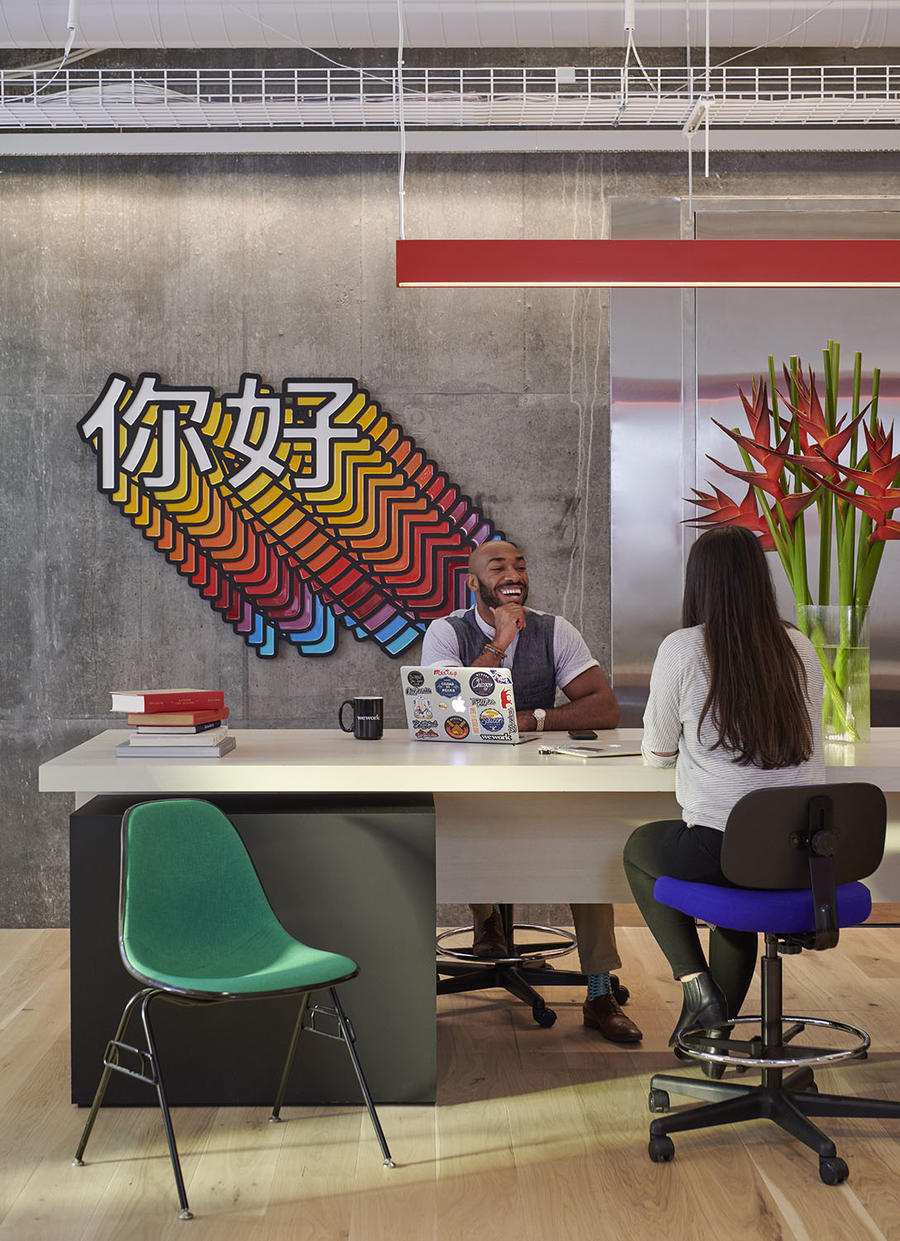 The interior of a WeWork in San Francisco.Courtesy of WeWork

Design has been a key tenant of WeWork since it was founded in 2010. One of the company’s co-founders, Miguel McKelvey, has a background in architecture, so it was crucial to him that WeWork prioritize the design of its spaces. From the beginning, the company always made room for an in-house design team. “There has always been this big push to hire not only interior designers but also bring in more experienced architects from established firms with a broader background, allowing us to specialize the things that make a WeWork,” says Elizabeth Wisecarver, the company’s global head of design.

The company started out looking for designers and architects with experience designing for retail, but have expanded their criteria over the years. “This department has been able to evolve into something that resembles a more traditional design company,” Wisecarver tells BOH. The team boasts talent at all experience levels and utilizes a project manager on each office, similar to the way a design firm would operate. “What we pride ourselves on is that we’re able to have not only interior designers, but architects, engineers, lighting designers—we have a much more diverse group than you’d find at a typical firm.”

Across all its many locations, from Hong Kong to Israel and Costa Rica, WeWork’s design team has key concepts to keep in mind. A WeWork must be: original, timeless, unpretentious, elegant, functional, comfy and fun, according to Wisecarver. 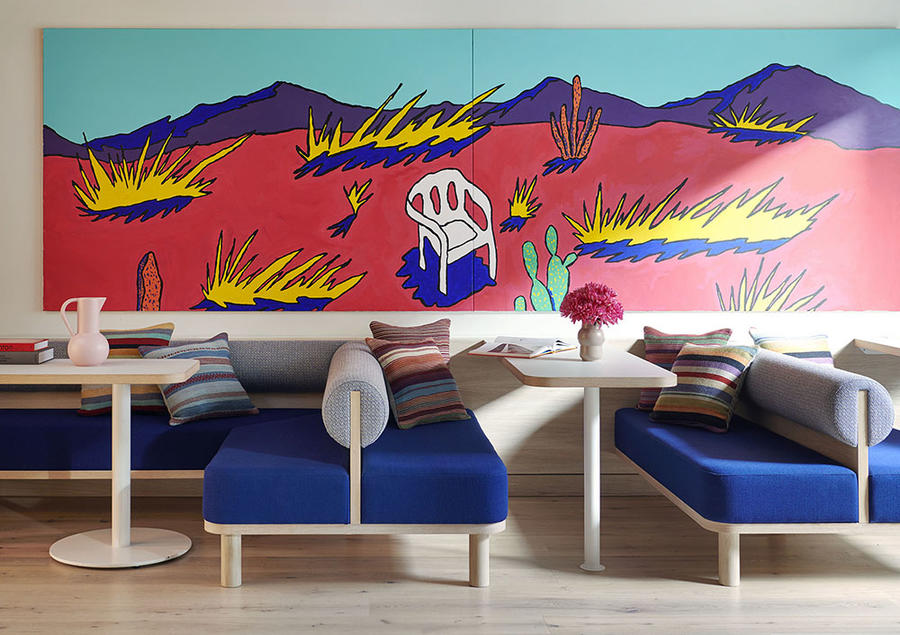 A WeWork office in London.Courtesy of WeWork

“Figuring out how we create spaces that meet all these needs, that’s a core aspect of the business,” says Wisecarver. “It’s all about the experience, I think. Obviously, we’re providing a space for people to work in, but when you step off the elevator, we want you to be in a space that’s unlike any other office you’ve ever been to.”

Committed to that idea of uniqueness, the design department also employs around 50 artists and graphic designers, who oversee the curation of art in each office and, when the space calls for it, create original works. 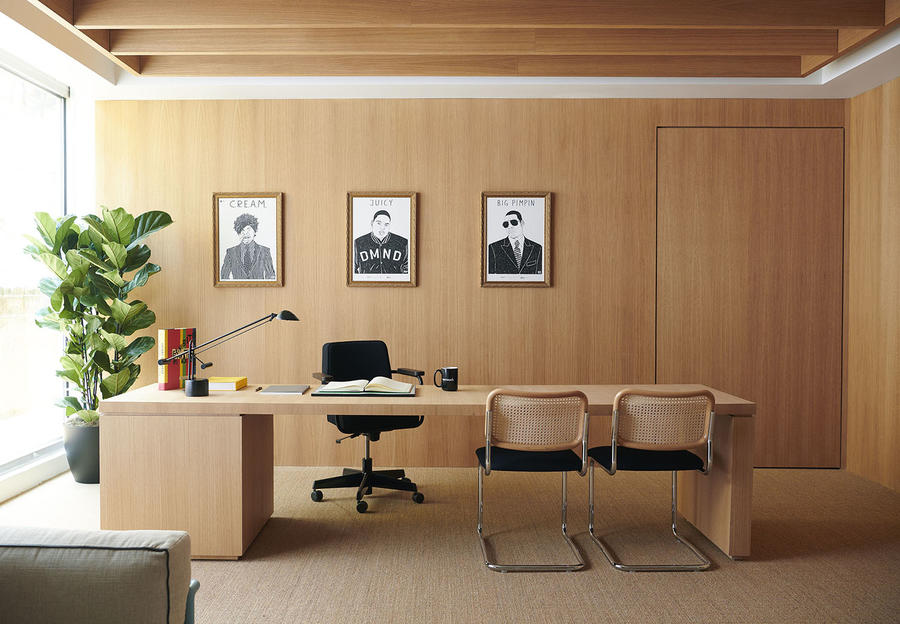 An office in Mill Valley, CA.
Courtesy of WeWork

With locations in an ever-expanding list of countries (the first locations in the United Arab Emirates are set to open soon), WeWork also endeavors to add local touches to each office and hires local designers in each destination. “I think that consistency is important, but the other component of that is giving room for the design to be localized and customized to each region, so that we’re not offering a stamped out, same-thing-every-time experience and that our designers feel that they have the freedom to have fun and incorporate a local flavor, which is important.”

While differences between a WeWork in New York and one in Chicago might not be so drastic, the contrast between spaces in those cities and an office in Hong Kong would be evident. 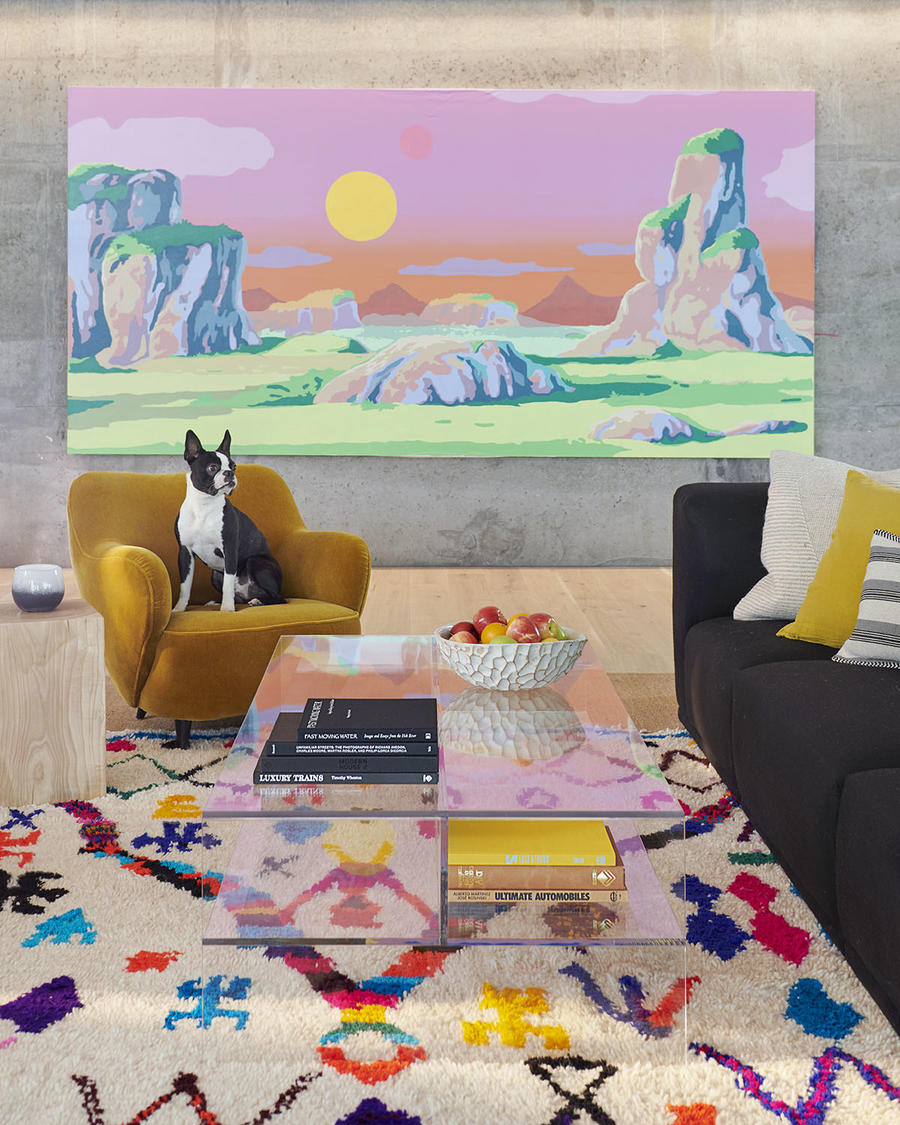 An office in San Francisco. Courtesy of WeWork

“In Tokyo, we built a sunken seating area, which you would often see in some of the more traditional spaces in Tokyo and we were able to incorporate that into a lounge in that office,” says Wisecarver, who worked closely on the development of the company’s Asian presence. “People take their shoes off and they have meetings there and, later in the day, they might have happy hour there. It’s a very local touch that really elevated the project but still had the same look and feel that we would have anywhere.”

The co-working boom doesn’t seem to be slowing down any time soon, which means Wisecarver’s team is likely to keep growing and continue to play an integral part in maintaining the allure of working at a WeWork.

“These are places that should feel like home, where you can bring guests and business partners in and it's not only beautiful but it's functional. In a lot of ways I think that’s an important thing, to not be so uptight. Creating that experience is a really critical part of our brand and a lot of thought has been and will continue to be put into that.”