Will trouble with tariffs continue under President Biden?

For the home furnishings business, the election of Joe Biden as president could mean changes in minimum wage, access to immigrant labor, and all sorts of industry rules and regulations. But the big question is what it will mean for the most urgent problem currently facing the industry: tariffs and international trade.

The Trump tariffs of the past four years have represented some of the most troubling conditions companies in the home furnishings business have ever weathered—with duties as high as 25 percent imposed on a wide swath of goods coming out of Asia, especially China. This has required a massive reordering of global supply chains, often not in ways the tariffs were intended to encourage. Rather than manufacturing returning to the U.S., it has simply moved on to other nations. China may have lost market share in home products—but that business has gone to countries like Vietnam, India, Indonesia and the Philippines, not returned to America.

Even more challenging for U.S. importers and wholesalers has been the constantly changing conditions and uncertainty surrounding these trade barriers. The rules have often changed, changed again, then changed back, all before companies even had a chance to assess how to proceed. The chaos has been unnerving and often destructive to the industry.

Under President Joe Biden, it is unclear what will happen with tariffs and trade issues. Throughout his campaign, Biden never stated exactly what he would do if elected, but there are hints of changes to come. A pre-election Wall Street Journal analysis reported that “perhaps the biggest difference between a second Trump term and a Biden administration would be trade relations with U.S. allies,” and suggested that trade with European partners and some in Asia will be promoted. Biden, wrote WSJ’s Bob Davis and Josh Zumbrun, “says he will woo allies battered by Trump trade sanctions, rethink the use of tariffs, and try to create a unified front to confront China.”

But whether the Chinese tariffs will be reversed remains to be seen. Some trade experts have said they don’t think this will happen anytime soon, but are confident that a Biden administration will at least levy no new tariffs.

The extreme confusion and uncertainty instigated by the Trump policies, which could change at the drop of a tweet, is likely to become a thing of the past. And that is good news for importers who have said that they could adjust to tariffs, but not to a constantly changing playing field.

The president-elect said as much on his campaign website: “While Trump is pursuing a damaging and erratic trade war without any real strategy, President Biden will stand up to China by working with our allies to negotiate from the strongest possible position.”

The tariffs may remain, but the industry is hoping the chaos will end. 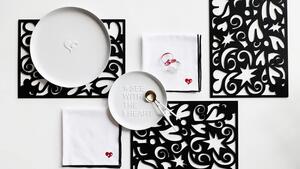