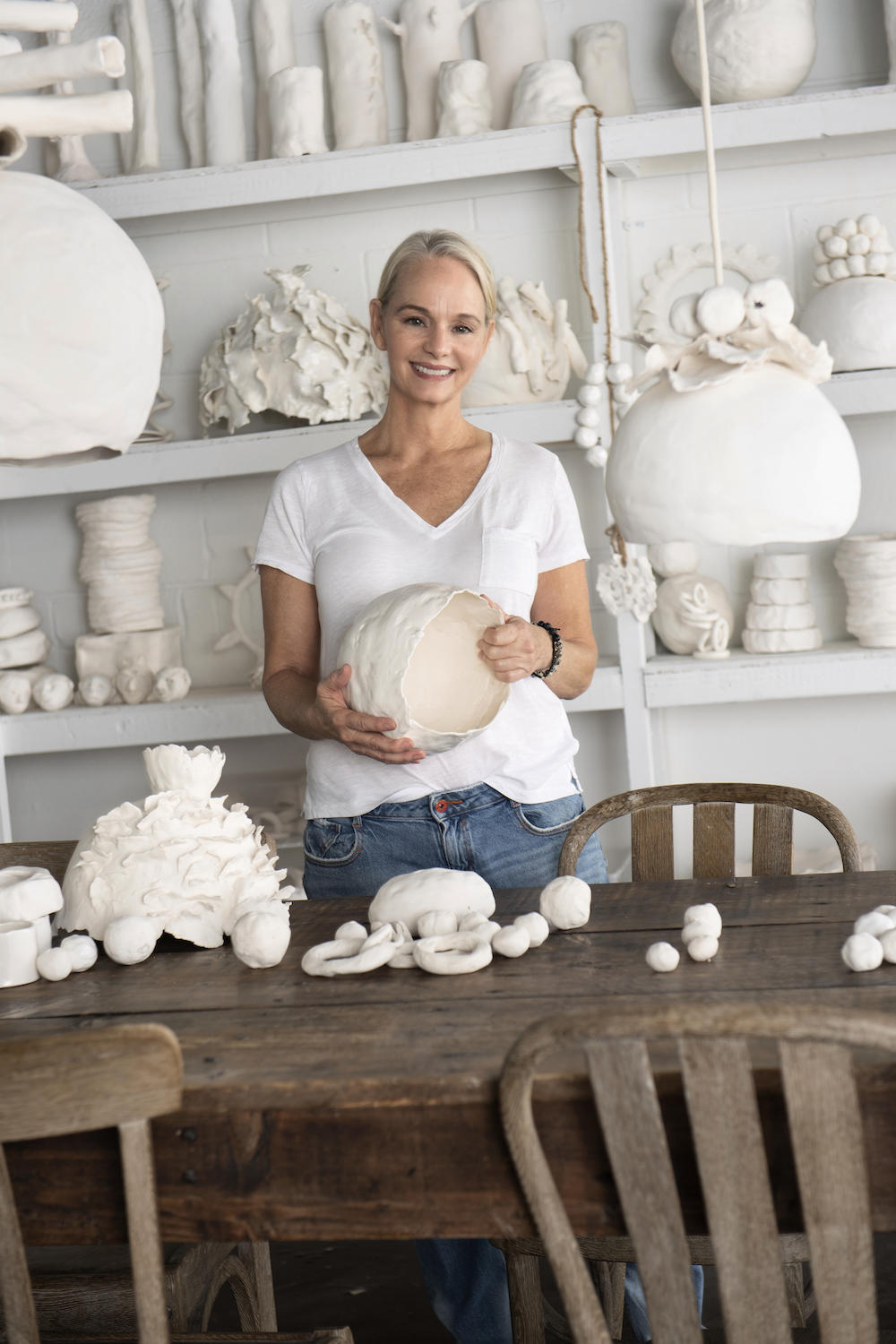 Above all else, Dana Castle finds inspiration in irregularity. Instead of tasking herself with designing perfectly shaped pieces, the Atlanta-based founder of Crosland + Emmons Sculptural Lighting prefers crafting ones that appear a bit off-kilter. “I have always been drawn to things that feel slightly uncomfortable,” she tells Business of Home. “Things that come together in irregular ways, such as shells washed up on a beach, that have a fleeting nature to them—as if you might miss that one second of time to witness their beauty before they’re gone.”

Growing up in Morristown, Tennessee, Castle always gravitated to arts and crafts. In college, she majored in art history at Florida Atlantic University before heading to Mexico to study at the Bellas Artes in San Miguel de Allende. After graduation, she returned to the States and managed several art galleries before starting a marketing agency called Function Collaborative in Georgia in 1998. “The business was successful, but it wasn’t feeding my creative soul,” says Castle. “So I decided to take a ceramics class, where I began experimenting with porcelain lighting and fell in love.”

In 2021—two decades after Castle opened that agency—tragedy struck. “I lost both my parents during the pandemic,” she says. “It really made me realize what was important in life, and how we need to live our dreams and be fulfilled with what we do every day.” 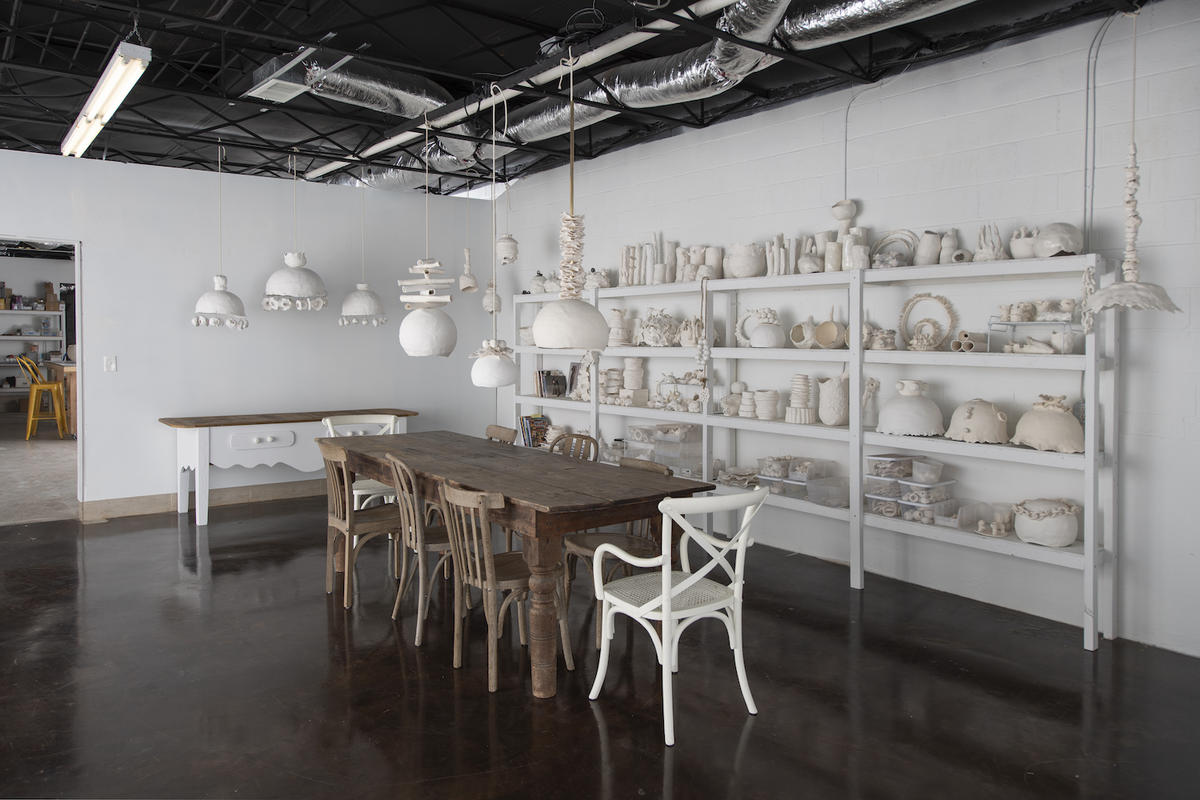 Later that year, she launched Crosland + Emmons with a series of hand-sculpted pendant lights called Bones. “I had no idea about socket sizes or LED bulbs,” she says of her inaugural line. “This was my biggest learning curve—and limitation. Not everything I wanted to create could physically work once electrical components and other technical considerations came into play.”

Castle makes every single light fixture by hand, a process that often involves molding and firing dozens of different clay bodies before deciding which ones work best together. “Some days, I have a studio full of pieces with no idea what the final design will look like,” she says. “I love the spontaneity of not having to know the end result of the piece. It’s more about the journey than the final product.” 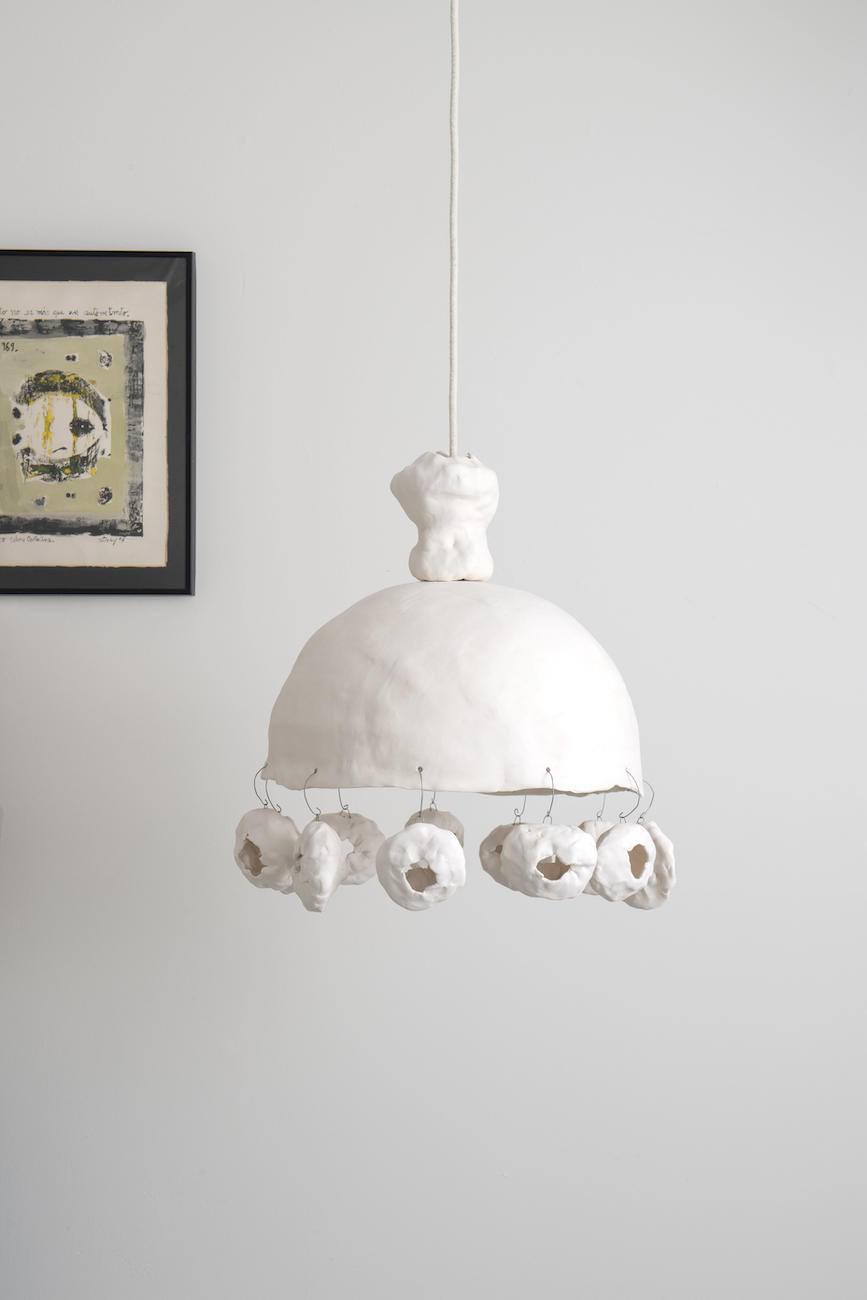 Though each piece is undeniably unique due to its hand-made form, Castle says their color—or lack thereof—is what ultimately draws them together. “I usually work with all white clays and glazes,” she says. “I don’t want color to distract from the form of the piece. It is almost like being unclothed—you can’t hide the imperfections.”

In May at WantedDesign Manhattan, Castle unveiled It’s a Circus Out There, a collection of three earthenware lighting designs dressed in dangling accents. “The world felt so chaotic, like we were all just hanging on by a thread,” she says. “That’s why each piece is clad in adornments hanging from wire. It felt primitive and a bit unpolished, but also whimsical—as if to say to the world: Don’t take things too seriously; these days will pass.”

Currently hard at work on an assortment of limited-edition lights she hopes to release this fall, Castle continues to enjoy the organic, spontaneous process of creation no matter how busy her design business gets. Each exquisitely flawed piece is a reminder of the hard-won lessons she’s learned about what matters most in life. “The idea that you can take clay, which is essentially dirt, and turn it into something beautiful is what keeps me inspired,” she says. “Bringing light to the world helps take us all out of darkness.”