RH, the parent company of Restoration Hardware and Waterworks, appears to have executed a partial leveraged buyout of itself, borrowing more $1 billion (nearly half the value of the entire company) to repurchase its own shares. 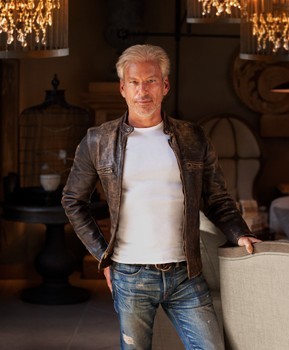 Indicating that it had rapidly executed two previously-announced share repurchase programs, RH issued a press release on Friday that revealed it had borrowed more than $1 billion and used the money to buy back more than 20 million of its own shares:

The move has already achieved its goal of generating meaningful returns to shareholders. Shares of RH are up more than 150 percent since February of this year, when the first share repurchase plan was announced.

Why was this such a priority for the company? Why would a company, that by its own admission faced a world of challenges in 2016, want to add to its burdens by having to finance over $1 billion in debt? Was there pressure from the board, or from shareholders, to raise the share price? Was an activist investor making overtures?

Brief tutorial: Share repurchase plans are usually put in place when a company has a substantial amount of excess cash on their balance sheets, and it wants (or feels compelled) to return some of it to shareholders. While it is often seen as an admission that a company can’t think of anything better to do with the money, it tends to make shareholders happy.

The repurchase plan is approved by the company’s board of directors; then an announcement is made that the company will be repurchasing a specific dollar amount of its own shares. It usually does so slowly, over many months or even years, so as not to impact the market or affect the share price too much. Ultimately, it reduces the numbers of shares outstanding, which makes the earnings per share higher.

Why would a company, that by its own admission faced a world of challenges in 2016, want to add to its burdens by having to finance over $1 billion in debt?

What appears to be different about the two share repurchase programs that RH has recently completed is, well, everything. RH had no stockpile of cash to fund its repurchase program and it certainly didn’t move slowly. In fact, it took less than five months from when the first repurchase plan was announced on February 23 to draw down the lines of credit and secure the additional funding needed to make these enormous repurchases.

In the same July 14 press release, the company went on to say, “We have used three primary sources of capital to finance the repurchases—existing cash from our balance sheet; cash flow from operations; and proceeds from debt financings that we have recently completed at extremely favorable terms.”

As the company only had $80 million in cash as of its last quarterly release, and was operating with a negative cash flow, RH borrowed more than $1 billion to fund the purchases. RH has a market capitalization, as of last Friday’s close, of $2.3 billion, though that number will now be substantially lower in light of the reduced number of shares outstanding.

Gary Friedman, the chairman and CEO, has often proclaimed that his is a company with bold plans for the future. RH doesn’t simply wish to open new stores, they want to open enormous galleries, serve food and beverages, create a hospitality division and transform landmarked historic buildings around the country into design center-like shopping experiences for customers.

To see Friedman’s vision through to reality, to fund these ambitions, will require an enormous amount of capital and yet the company has just revealed that it has drawn down its credit lines and borrowed heavily to buy back its own shares. There would appear to be a conflict. Let’s hope that the higher stock price will have proved to be worth it.