Masterpiece of London party highlights interest across the pond

Antiques Shows | May 19, 2015 |
Masterpiece of London party highlights interest across the pond

The renowned art, antique and design fair will run June 25 through July 1, with a preview on June 24, at London’s Royal Hospital Chelsea. One hundred and fifty-plus galleries will showcase museum-quality pieces hailing from over 3,000 years of compelling art history, with notable works including modern arts from Aktis Gallery, Crane Kalman Gallery, Dickinson and 88-Gallery Paris/Hong Kong; 17th-, 18th- and early 19th-century furniture from Edward Hurst, rare books and manuscripts from Peter Harrington; French and European artwork and clocks from Pascal Izarn; contemporary art from Hirschl & Adler, impressionist and 20th-century masters' art from Thomas Gibson Fine Art and contemporary furniture from David Gill Galleries, among many others.

Roses and Paysanne Assise et Chevres; both at Richard Green

Some of this year’s first-time attendees include Richard Green and David Gill Galleries, both of the U.K.; Parisian decorative arts dealer Kraemer Gallery; Van Cleef & Arpels of France, Jacques de la Béraudière of Switzerland and Nilufar of Italy.

Pair of Louis XVI paperweights and a Louis XIV casket; both at Kraemer Gallery 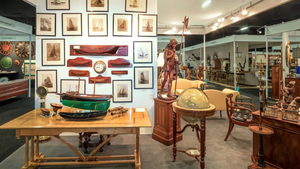 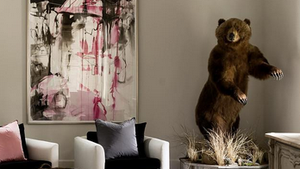 Round Top, TX, antiques fair to draw designers and editors

Behind the scenes with Nashville Antiques & Garden Show chair 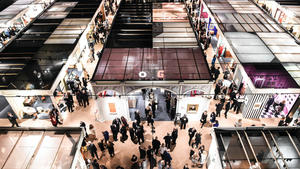 A glimpse at this season’s antiques shows