Can rugs be innovative? Brian Erden thinks so

Rugs welcome you home, warm your feet and liven up a space with their soft textures—we don’t typically look to them for innovation or rule-breaking. But in 2016, that’s precisely what designer Brian Erden set out to do: Start from scratch, and build up a rug company that defied industry norms.

The first innovation was to buck expectation and weave metal deeply into the fabric of his product. The process was a tricky one. Erden recounts failing many times while searching for the right balance between the two different materials. He held tightly on to the mantra of “fail quickly” as he kept experimenting with the pile height to metal height ratio and the density of the rug. Eventually, he got it. 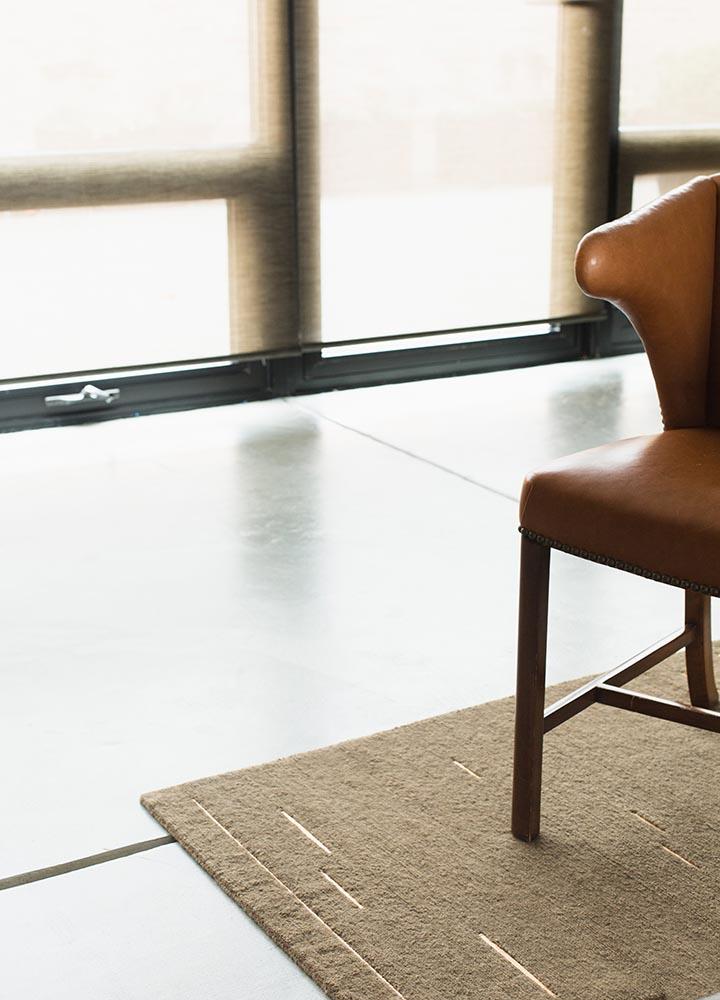 Erden found a way to embed metal into his rugs, seen here in his Etched rug. Courtesy of Erden

“We’re trying to put a really hard and uncomfortable thing into something that is really soft and is supposed to comfort you as you walk across it,” Erden tells host Dennis Scully on the latest episode of The Business of Home Podcast. “What is the point of using incredibly fabulously expensive, soft suri alpaca if every eighth step your foot hits bronze, and you stub your toe or you hurt the ball of your foot because you’re stepping on this hard thing, right? So we had to come up with some sort of communion between this soft woven thing and this really hard unyielding thing.”

The second innovation was to toss conventional wisdom about how the rug business works—a process that typically involves Western companies sending designs to be constructed by Eastern producers. “I didn’t want to just submit graphic designs to a rug company overseas; I wanted to be the rug company overseas,” says Erden.

With offices in Chicago and Nepal, Erden sources all of its own fiber and spins all of its own yarn. Some of the fibers used in Erden rugs cost 10 times more than fibers found in other rugs, and the brand’s wool fibers often cost more than silk. Erden himself can chart how many hands typically touch a fiber after it is collected by herdsmen in the Andes Mountains, with each layer adding their own premium onto it; his company dodges the extra cost by buying the fiber one step after it leaves the herdsmens’ hands.

“We have a compound with a quite large finishing hall, so [we’re] doing all of the clipping, shearing [and] stretching, which isn’t very sexy or interesting to hear about, but it’s truly one of the most critical steps of rug making,” says Erden. “It is the one that is maybe the most artistic, believe it or not, where the weaver is more like a technician. And that person finishing the rug is using judgment and taste to get it to a certain level.”

Elsewhere in the episode, Erden clarifies the difference between a $1,000 rug and a $10,000 rug, explains the detailed tracking process his company uses and weighs in on a somewhat slow-moving industry. “[Rugs are] just not that innovative of a space,” he says. “When you show people something new, I think they’re immediately drawn to it.”

Listen to the show below. If you like what you hear, subscribe on Apple Podcasts or Spotify. This episode was sponsored by Modern Matter and High Point Market.